This pecan orchard stands in the rural Charleston County town of Meggett. Meggett was chartered in 1905 and quickly became a prosperous railroad town, with the Atlantic Coast Line Railroad running through the community and terminating at a wharf in Yonges Island. The railroad in Meggett was significant in connecting waterway cargo with rail freight. In fact, at one point Meggett, which is located near Edisto Island, was a major distribution center for South Carolina’s oyster and fish canneries. The town also thrived as a farming community, primarily producing cabbage and potatoes. It was once considered the cabbage capital of the world. 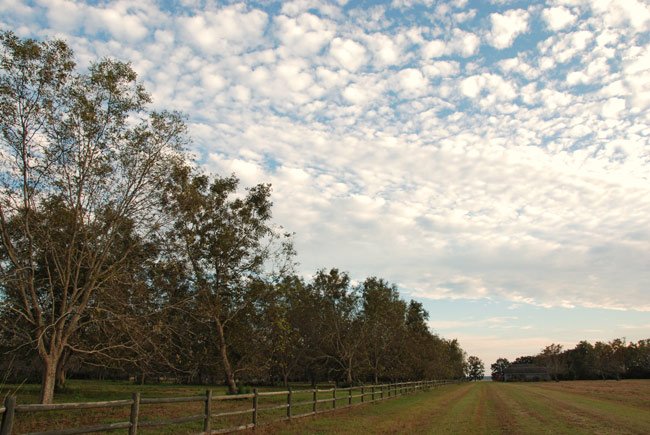 Ginger Parker of Summerville © Do Not Use Without Written Consent

Several local farmers formed a business alliance called the South Carolina Produce Association to further market their produce, constructing their own building around 1921, seen below. Before long, the SCPA was nationally successful, shipping in-demand Meggett produce all over the country. Once of the SCPA’s founding members, Charles Geraty, established a bank in Meggett during the 1920s following the death of his only child. 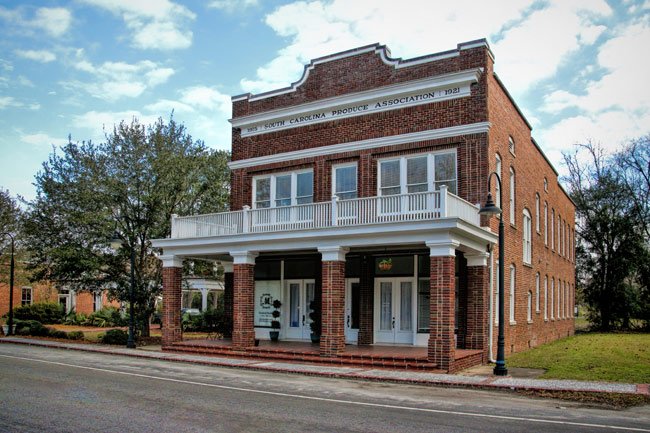 Geraty filled a void by providing a bank in this region of Charleston County. History also says that Geraty started the bank to help his wife, who assisted with the endeavor, overcome her grief over the loss of their child. The bank occupied the ground floor of the SCPA building and was one of the few banks in the state to survive the Great Depression. It later merged with a larger bank in the 1950s. 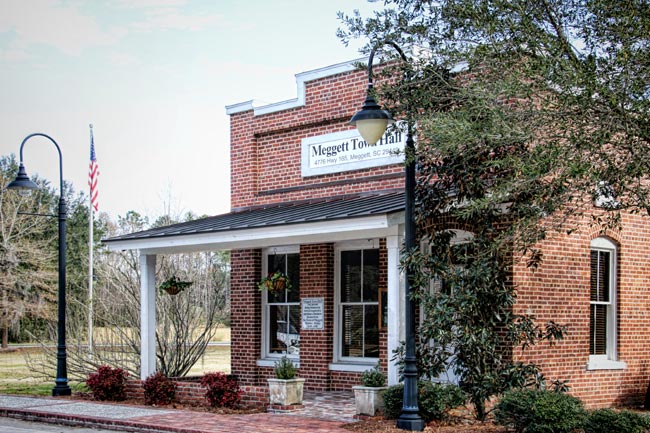 Though Meggett declined economically towards the end of the twentieth century as trucks replaced railways for transporting produce, the town was revitalized with the establishment of a popular tugboat company that serves the entire Lowcountry as well as a metal fabrication business that specializes in large ships. Meggett remains a picturesque coastal village with strong agricultural roots.