This rustic building on Johns Island was built around 1917 as a praise house and meeting hall for the Moving Star Association, a religious and charitable organization established on the island in the early twentieth century. Praise houses were prevalent on plantations prior to Emancipation as places where slaves could meet and practice their religion. The term “praise house” is thought to come from the phrase “prays house.” The structures prior to Emancipation were small so as to prevent large gatherings of slaves due to planters’ fears of insurrections. Following the Civil War, newly-freed slaves continued to worship in praise houses, and several were built into the twentieth century such as this one. Built several years after Emancipation, Moving Star did not serve as a church but functioned as a community building that was also used for informal religious celebrations of prayer and music; music was an especially significant factor of the Moving Star praise house. Such praise meetings were held several evenings a week and were interdenominational. 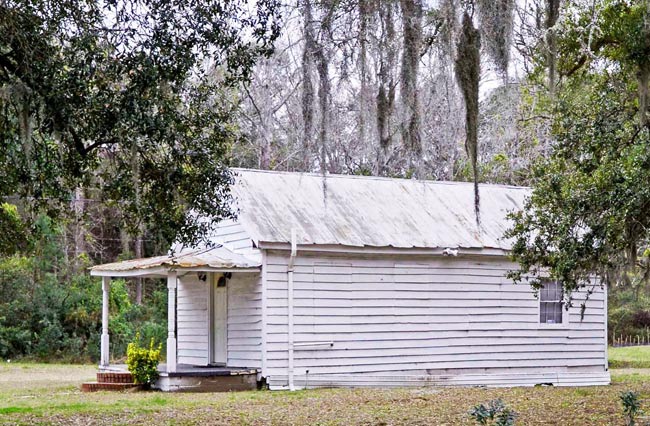 Mutual aid societies such as the Moving Star Association were formed in free black communities prior to the Civil War. The organizations used membership dues to help each other pay for medical care, funerals, housing, food, and whatever assistance another member needed. Following the war, similar organizations continued and served even more people. Moving Star was especially important on Johns Island, as the island community had few resources and no direct access to the mainland at the time the organization formed. When the neighboring Progressive Club was founded on Johns Island in 1948 by Esau Jenkins, the mission of the new club included many of the same goals as that of Moving Star, and the two groups worked together to reach them. 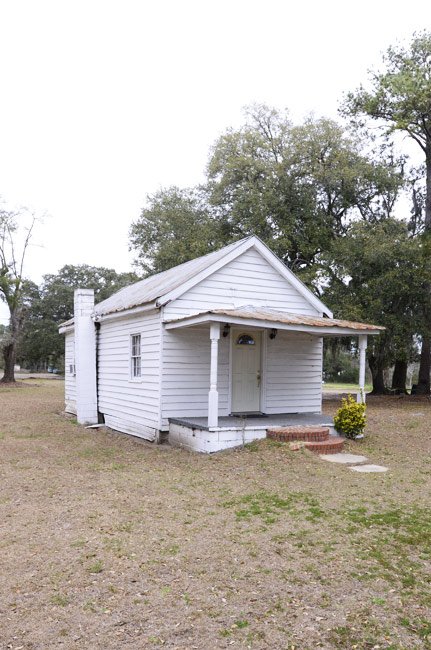 A major difference between Moving Star and the Progressive Club was that the latter sought to encourage black residents to vote. Many of the Progressive Club’s members came from Moving Star, and the newer group even used the praise house for its initial meetings. Over time, the Progressive Club erected its own building on the island, and as more people began to move into the city, the Progressive Club and Moving Star became obsolete. Moving Star formally closed in 1977. However, the hall still stands and is known for its history of local African-American music, which was preserved through the years with the forming of the Moving Star Singers in the 1960s. Occasionally concerts and other functions are held in the historic building.

Moving Star Hall is listed in the National Register:

Moving Star Hall, built ca. 1917, is significant as the only remaining praise house of the South Carolina Sea Islands that has been identified. It functioned as the meeting place of the Moving Star Young Association, a religious, social, fraternal, and charitable community institution, and is significant for its role in preserving black music and religious and social/humanitarian traditions. Largely supplanted by churches after emancipation, the praise house represented a survival of a purely plantation institution into the early twentieth century. The praise house functioned as a community meeting hall, place of religious worship, center for spreading news, and face-to-face gathering place to promote community solidarity. The crudely built, one-story, rectangular, frame, weatherboarded building is set on low concrete block pillars and has a metal-covered gable roof. The façade has a hip-roofed porch, which originally had four wooden post supports and a plank floor. The posts have been replaced by two modern wrought iron uprights set at each forward corner. At the time the praise house was built, Johns Island was geographically isolated from the mainland. Until the mid-1970s, Moving Star Hall housed a “tend-the-sick” and burial society, a secret fraternal order, and a community of worship. One outbuilding, a privy, is located to the rear.