The Palmer Home in historic Charleston is one of the Holy City’s most iconic mansions, frequently photographed and often depicted in paintings of the grand homes along the Battery. Built between 1847 and 1849 by John Ravenel, a wealthy merchant and president of the South Carolina Railroad Company, the home remained in the Ravenel family until 1953. 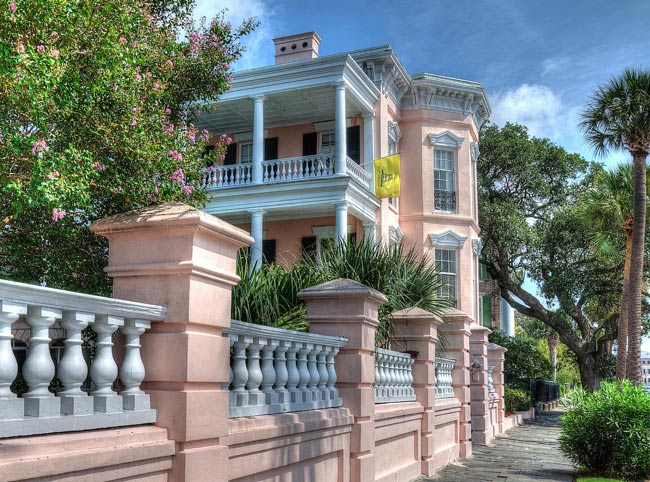 Ravenel’s son, scientist Dr. Saint Julien Ravenel, succeeded his father in ownership of the Italianate-style home. Dr. Ravenel is noted for designing the Little David, a semi-submersible vessel that attacked the Union blockade ship Ironside on October 5, 1863. He is said to have created plans for the torpedo boat in the drawing room of the house. A replica of the Little David is on display at the Old Santee Canal Park. 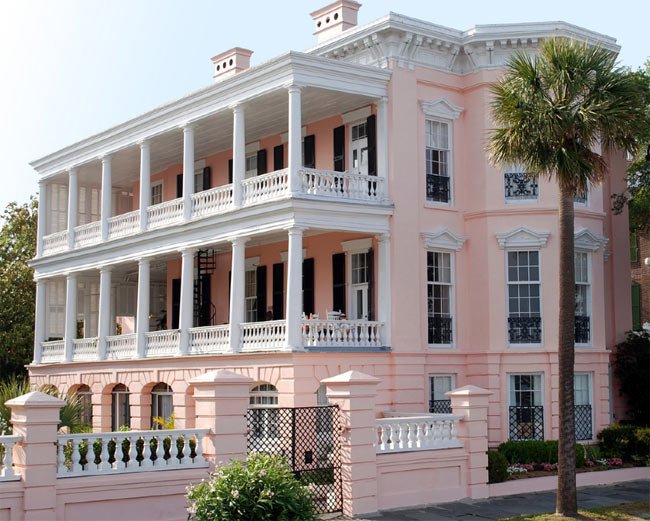 Steve Gundy of Roswell, GA © Do Not Use Without Written Consent

The younger Ravenel was also instrumental in developing the phosphate industry that attempted to replace rice as a source of Lowcountry prosperity following the Civil War. He eventually sold the home to his son-in-law, Elias Horry Frost, president of E.H. Frost and Company – a cotton brokerage – as well as head of the Stono Phosphate Company and president of the South Carolina Loan and Trust. Frost is responsible for rehabilitating the house after the Great Earthquake of 1886, adding Victorian details while also adhering to the home’s original plan. 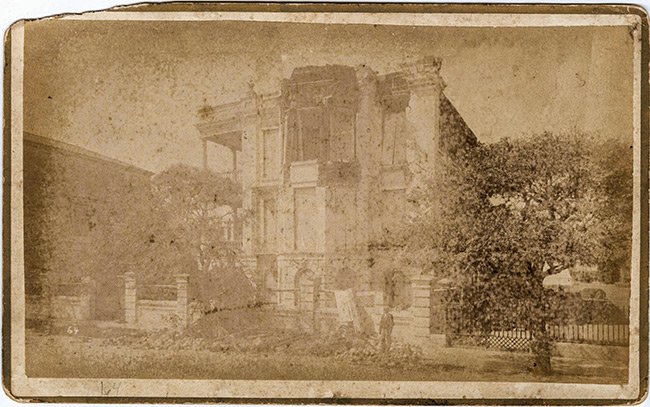 The Palmer Home operated as a bed-and-breakfast from 1977 until 2016, when the house sold. The home is in the process of a multi-year renovation to be reverted back to a private residence. It offers unobstructed views of the Charleston Harbor and is just around the corner from White Point Garden.