St. Philip’s Church towers over this Charleston dwelling, built around 1740 as a double tenement home for Huguenot merchant Alexander Peronneau. Peronneau also built the single tenement next door. The double tenement was constructed of Bermuda stone with a brick foundation. Peronneau’s father, businessman Henry Peronneau, is said to have been the richest man in the colonies at one time. 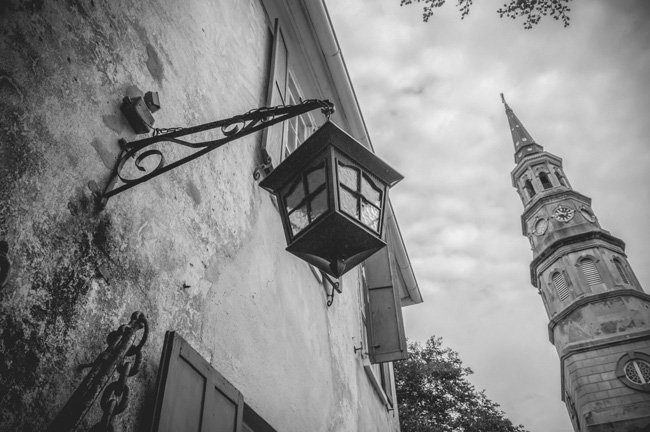 In 1928 Mrs. Goodwyn Rhett restored the home as a single residence with the help of Thomas Pinckney, a local African-American builder. Mrs. Rhett used salvaged brick from the former Shepheard’s Tavern on Broad Street, which had stood since the early 1720s, for the construction of outbuildings behind the residence. Incidentally, Shepheard’s Tavern was the site of many historical happenings in Charleston, including the organizing of the Scottish Rite Freemasons and the first recorded theatrical performance in Charleston. 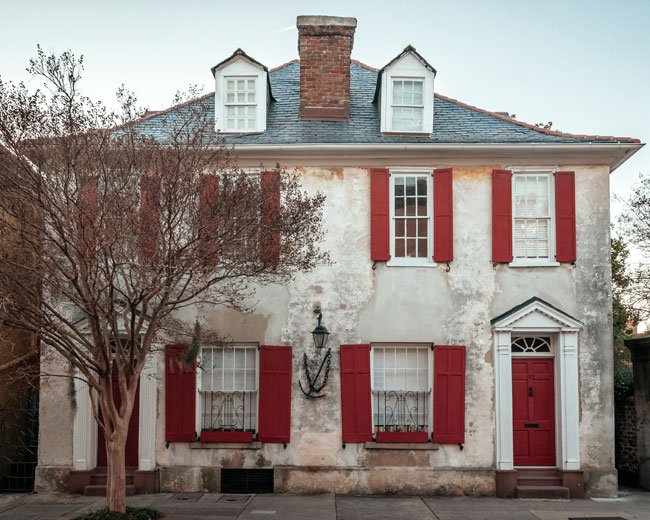 Steve Minor of Kingston Springs, TN, 2011 © Do Not Use Without Written Consent

The origin of the nickname “Pirate House” is unclear. However, it is suspected that around the time the house was being restored in the 1920s, a rumor spread claiming that pirates not only lived here but used an underground tunnel system to take them to the waterfront undetected. No evidence backs this claim, but the name has nonetheless stuck with the home for decades. 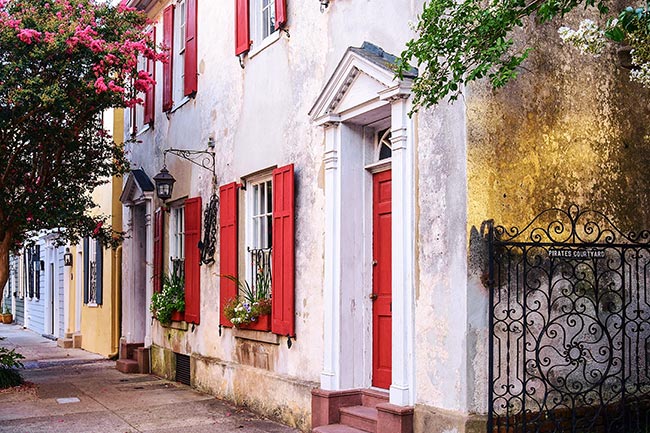 The decorative anchor that adorns the exterior of the house adds to the mystery of the home’s informal appellation, though it bears no historical significance. In fact, the present anchor replaces a previous one that was stolen in recent years by pranksters.

The Pirate House is listed in the National Register as the Alexander Peronneau Tenements within Charleston’s French Quarter District:

(Lodge Alley) The French Quarter District is located in an area of the old walled city of Charleston where the French Huguenots once had warehouses and dwellings. Early Charleston merchants used the warehouses for their ships at the docks off East Bay Street. One of the oldest streets in Charleston, Lodge Alley is a visual example of Charleston’s Old World ties, exemplifying the definition of an ally as a city street but not a main thoroughfare. Lodge Alley still has a seaport look. Brick warehouses of Flemish and American bond bound each side of the ten-foot wide passage. The alley is paved in Belgian blocks – a local term for a brick shaped block of granite. The ten-foot width of Lodge Alley compares favorably with many of Charleston’s principal streets of the early 18th century, now impossibly narrow by modern standards. Lodge Alley also illustrates Charleston’s distinction as one of the cradles of Freemasonry in America. The alley takes its name from the Masonic Lodge situated on its course about midway from East Bay Street. This site was acquired as early as 1773, making it one of the oldest Masonic Lodges in the country. As part of the old walled city of Charleston, Lodge Alley and the French Quarter District are in an area which reflects not only three centuries of South Carolina history, but also three centuries important to the course of American history.

Historic Pictures of the Pirate House 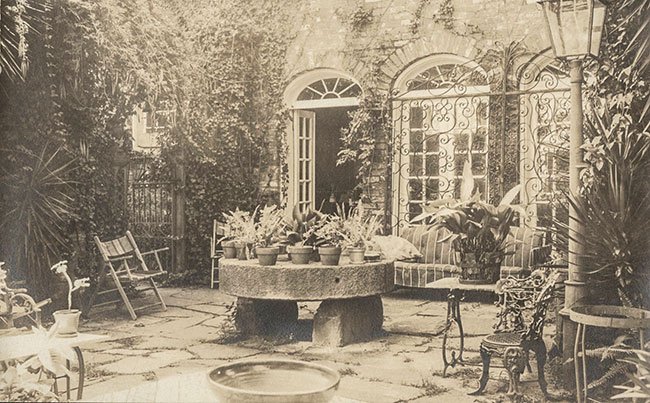 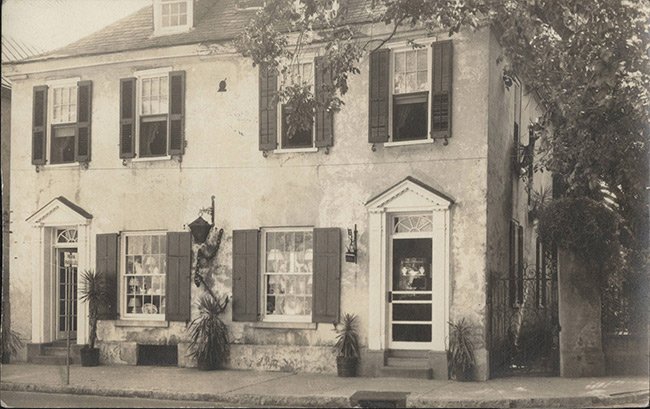 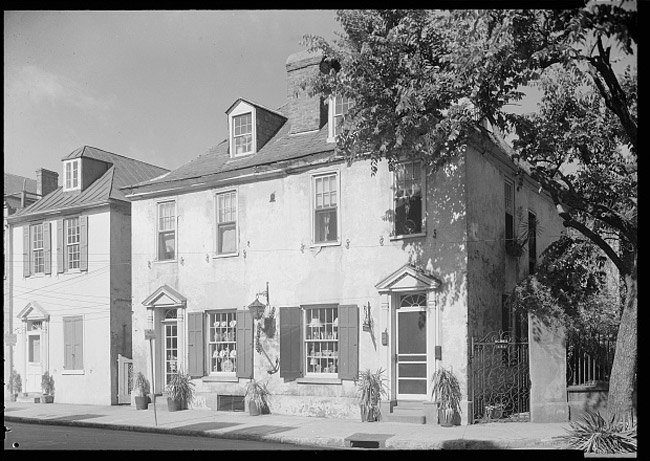 More Pictures of the Pirate House 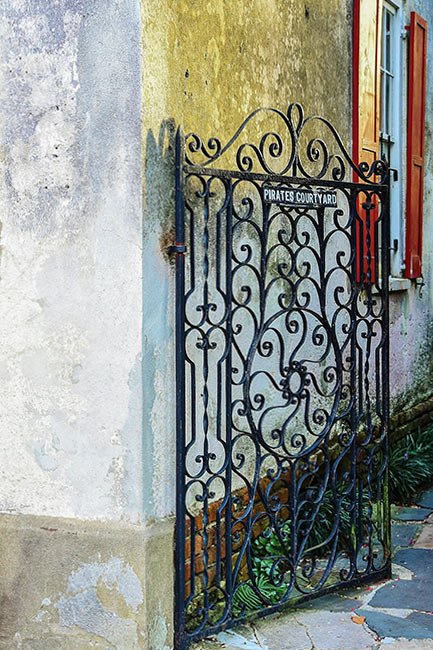