This wooden pier in Mount Pleasant, which extends towards Cove Inlet, was built in 1898 as a trolley bridge allowing passage to and from Sullivan’s Island. During the Revolutionary War, another bridge existed here, made of wooden planks on floating barrels. It was over that same primitive bridge that the crew of the H.L. Hunley passed on its way to Breach Inlet to test the storied submarine during the Civil War.

In 1923 the wooden trolley bridge was widened to allow vehicular traffic alongside the trolley. A steel drawbridge was also added in the 1920s, which in turn became part of the nearby Ben Sawyer Bridge when it was constructed in 1945. Cars quickly rendered the trolley obsolete, and it ceased operating in 1927. 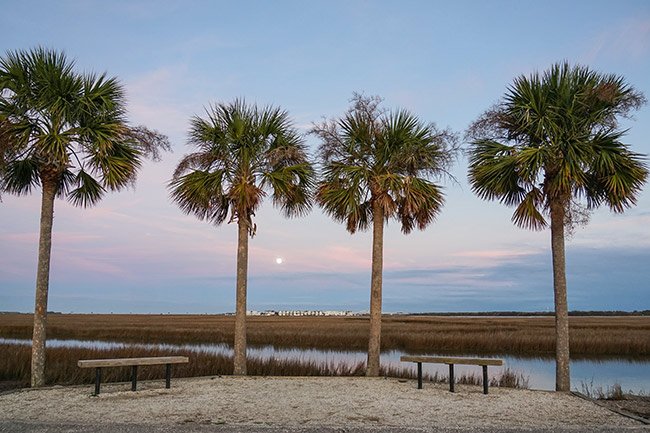 Connie Fowler of Mount Pleasant, 2017 © Do Not Use Without Written Consent

The Pitt Street Bridge closed when the Ben Sawyer Bridge opened in 1945. In 1950 Charleston County, which owned the bridge, deeded it to Mount Pleasant. After being converted into a fishing pier, most of the old bridge burned, though a section is still extant. Now a modern greenway called Pickett Park takes pedestrians and bicyclists across the former bridge site and actually leads to the remaining part of the old bridge, offering a view of the pilings that allowed people to cross the inlet more than a century ago. 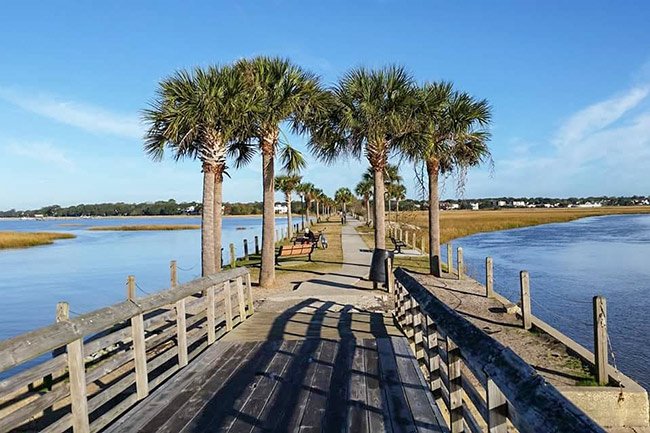 Curtis Camp of Pauline, 2015 © Do Not Use Without Written Consent

Lauren Smith of Mount Pleasant, 2018 © Do Not Use Without Written Consent 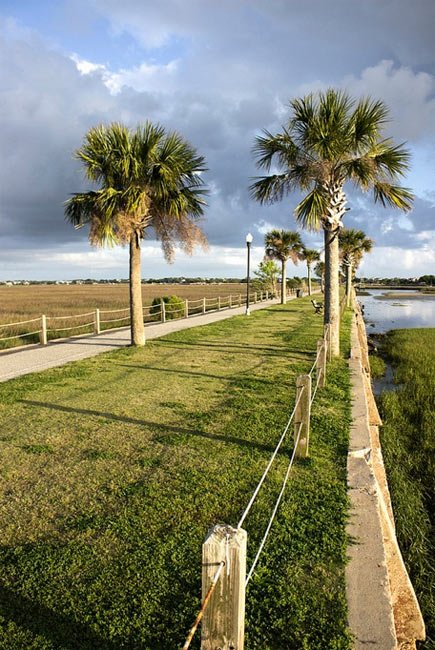 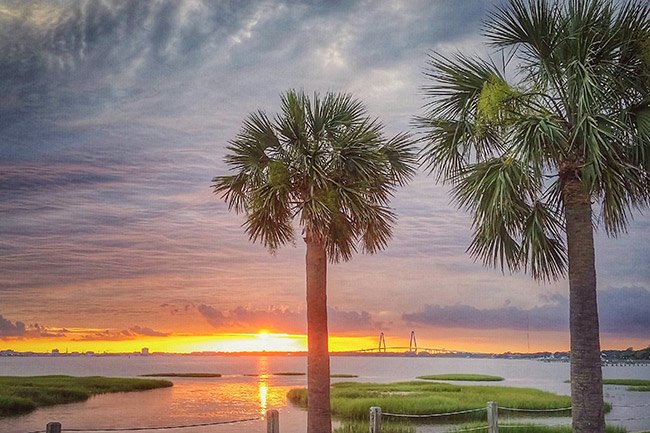 Debbie Mills of Pomona, NY, 2017 © Do Not Use Without Written Consent