Located on Pitt Street in downtown Charleston, this Gothic Revival structure served as the first dedicated sanctuary for Plymouth Congregational Church. Formed in 1867, just after the end of the Civil War, members previously attended Circular Congregational Church, where African-Americans, both free and enslaved, worshiped alongside whites. 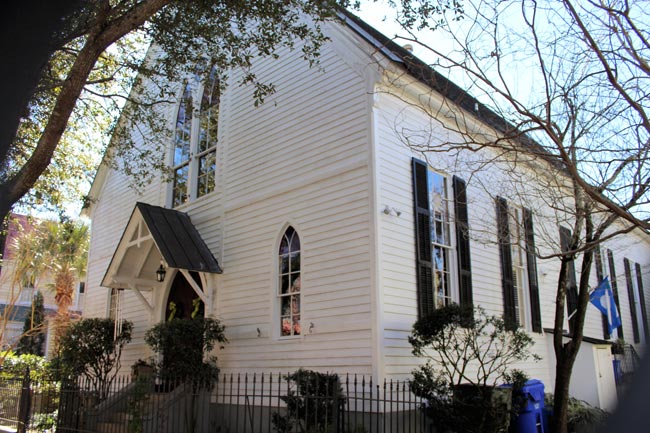 The congregation originally met at the new Avery Normal Institute on Bull Street. The school was Charleston’s first free secondary school established for black students. By 1871 construction had begun on this church. A parsonage was erected on neighboring Bull Street in 1886, which hosted both clergy and leaders of the Civil Rights movement. NAACP founder W.E.B. du Bois is said to have visited the church in 1925.

When the congregation built a new church on Spring Street in 1957, this building became home to the Association for the Blind, which transformed its former churchyard into a fragrance garden.

The building was purchased and restored as a private home in 1997. Plymouth Congregational Church is one of the oldest churches of its denomination in the South.