This Panama House at the former Charleston Navy Base in North Charleston is one of several similar structures built by the Works Progress Administration in the Officers’ Quarters District during the late 1930s. They were called Panama Houses because their design was borrowed from the Army Quartermaster plans used in the Panama Canal zone. This particular home, Quarters K, was built in 1937. 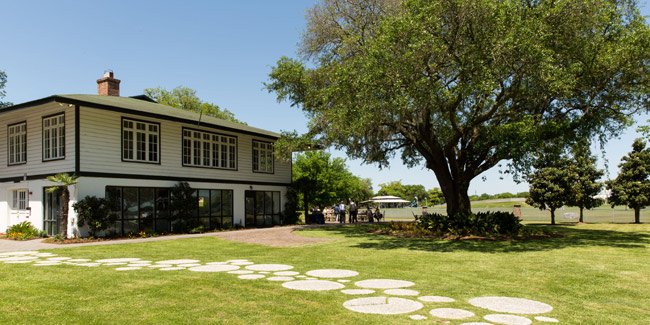 Adam McConnell of Charleston, 2015 © Do Not Use Without Written Consent

The Navy Yard, as it was originally called, was developed in 1901 after the federal government purchased the newly-landscaped Chicora Park, designed by the Olmsted brothers a few years earlier in 1896, from the City of Charleston. The former park then became a lush backdrop for the elegant homes of Navy officers. In addition to Quarters K, these homes included Quarters A, or the Admiral’s House, Quarters C, and Quarters F, and Quarters H-I, among many others. 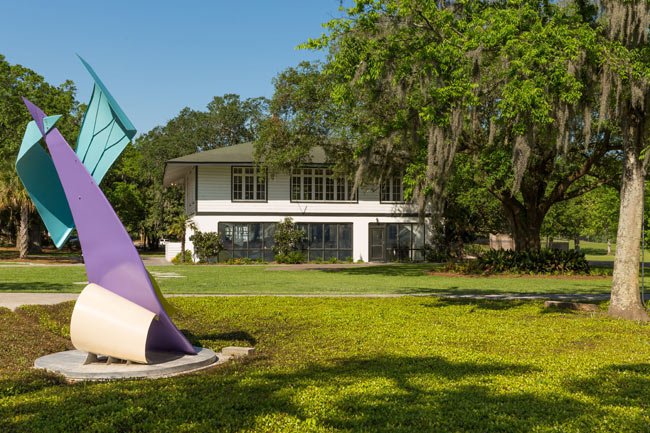 Adam McConnell of Charleston, 2015 © Do Not Use Without Written Consent

Following the 1996 closure of the Charleston Navy Base, the historic homes sat vacant until a private development firm sought to restore and sell them. Called the Noisette Company for the Noisette Creek that borders the district to the north, the company eventually foreclosed, selling the last of its property on the former Navy Base to the State of South Carolina in 2013. The state intended to raze the buildings in order to construct an intermodal railway for shipping containers. 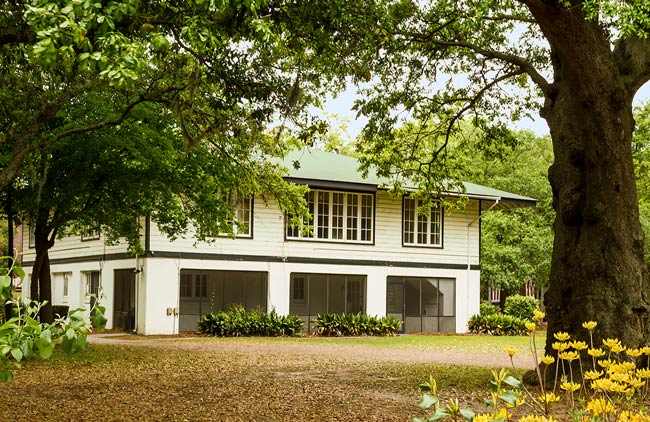 The City of North Charleston sued the state and, as a result, was able to participate in a land swap that transferred ownership of the old neighborhood. The city intends to protect the officers’ quarters and renovate the district as a wedding and conference community. Quarters K was one of the city’s first projects and now hosts events. Its position near the Cooper River – adjacent to stunning Riverfront Park – makes it a desirable party venue.

Prior to the city’s ownership of Quarters K, three sisters purchased it from the Noisette Company in 2010 and converted it into a Caribbean restaurant. Quarters K is listed in the National Register as part of the Charleston Navy Yard Officers’ Quarters Historic District. Specific details regarding Quarters K are as follows:

Quarters K was one of the first four of the WPA constructed “Panama houses.” Completed in 1937, it was the northernmost of them, oriented to both the river and overlooking the golf course. The Panama house was adapted form Army Quartermaster plans designed for use in the Panama Canal Zone, hence the local name “Panama houses”. Their design development and construction show significant advances in the modernization of the life style of the officers and their families utilizing contemporary such as a room for “multi-purpose” use. The form draws form a mix of styles popular during the late 1930s in residential design. The principal identifying features are related to the Prairie style house form. This was one of the few indigenous American styles. Typical characteristics of the style are the low pitched hip roof with widely overhanging eaves, the building’s two-story form, the tall ribbons of casement windows, and the box-like shape. Other characteristics of the style are seen in the horizontal banding created by the German siding and the strong dark colored trim bands. This is seen again at the horizontal run of the dark painted fascia at the eave. The appearance of the oversized pier design is also typical emphasized by the recessing of the first floor wall bays.

Features of the modern International style are also evident. Elements of the International style are seen in the smooth white stucco finish, the crisp cast concrete stair that uses the stair to create an asymmetrical prominently projecting stepped feature to the elevation. The upper landing of the stair is actually the cantilevered second level floor slab that provides access to the secondary kitchen entry.

The flush setting of windows at the second level’s outer wall with simple ribbon-like trim is also a characteristic of the style as is the front door’s non-accentuated presence obscured within the first floor’s screen porch and the garage’s feel of being incorporated into the façades design as a simple rectilinear puncture or hole. The primary influence, however, is in the “functionalism” planning aspects of the style. The decoration has been stripped from everything that is not functional. There are no doors to divide the living porch from the living room and the main rooms have an almost streamline effect. The expanse of window wall created by the first level glass block at the reception room is a classically modern. The last of the stylistic influences is a through back to the Colonial Revival style and applies only to the interior design. In some of the interior rooms classical Colonial Revival details recall the style so prevalent within the Officers’ Quarters Historic District.

Contributor Kenneth Dodds shares, “This house is at the old Navy Base in North Charleston (Chicora Gardens); it is called a Panama House and was built about 1937, complete with laundry chute and butler’s pantry. It was officer’s quarters; there are about twelve of these. They’re on the river, so they get plenty of breeze. They were sturdily built, with the two-story walls being poured concrete, as well as the interior columns.”