Also known as the Charles Pinckney National Historic Site, this former plantation in Mount Pleasant was the country estate of one of our country’s founding fathers. In 1698 1,055 acres were granted to an English settler named Nathaniel Law; this included the land now known as Snee Farm. By the time wealthy lawyer Colonel Charles Pinckney purchased the tract in 1754, previous owners had divided and sold several parcels of the property, and the acreage numbered just 715. In 1782 Pinckney’s son, also named Charles Pinckney, inherited the property. 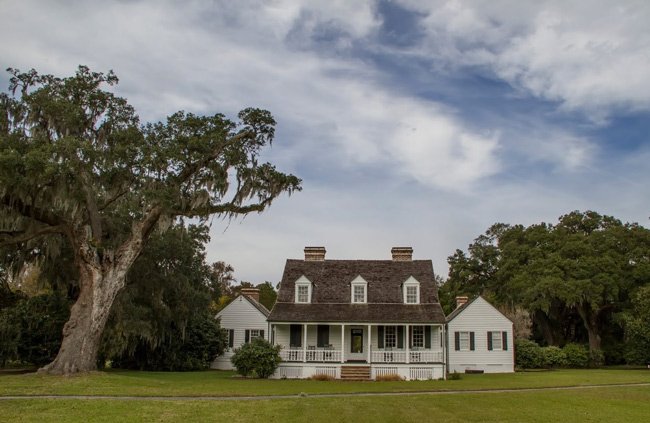 Two years prior to inheriting Snee Farm, Pinckney had been held by the British as a prisoner during the Revolutionary War. Despite this, he emerged from the war unscathed and by 1789 was serving his first term as governor of South Carolina. The younger Charles Pinckney also was a signer of the United States Constitution, and in 1791, he hosted President George Washington at Snee Farm during his southern tour. Sadly, Pinckney’s trustees were forced to sell the property in 1817 in order to reconcile debt, and the estate left the Pinckney family. 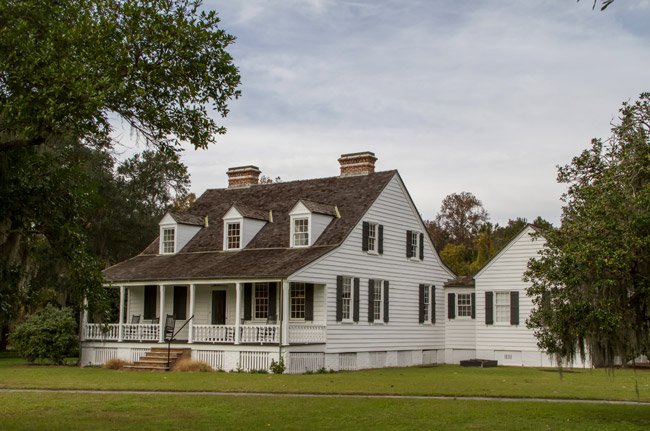 The property changed hands several times over subsequent years with much of it being parceled and sold. The Pinckneys’ home, kitchen, and well were razed by William Mathews shortly after he purchased the property in 1828. Mathews then constructed a new house, located on the same footprint as the original. This was likely the third main house to be built at Snee Farm, as archeologists have discovered the remains of another structure that dates from well before the Pinckneys’ tenancy. 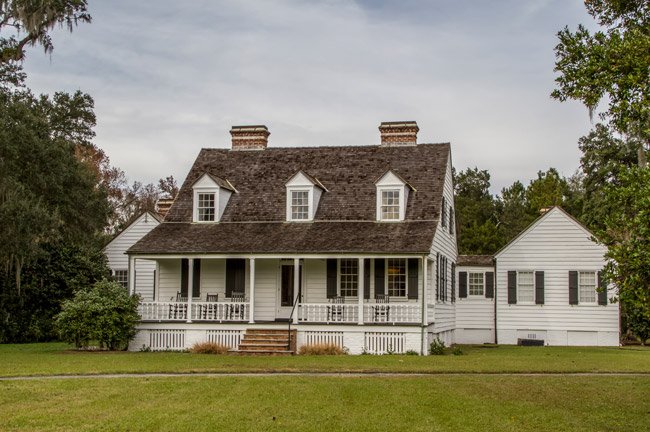 From 1900 until 1936, the home was owned by the Hamlin family – first by Thomas Hamlin, then by his son Osgood Hamlin, and finally by his wife, Julia Welch Hamlin, who inherited it upon Osgood’s death in 1931. During this time, Snee Farm encompassed 500 acres and harvested corn, cucumbers, tomatoes, and especially, cotton and beans. The Hamlins also raised cows and pigs and collected eggs for sale. (During the Pinckneys’ time, rice, cattle, lumber and likely indigo comprised the plantation’s primary commodities.) 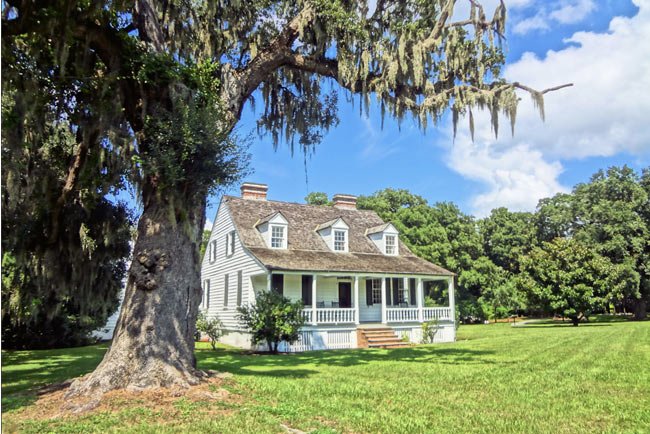 Following the Hamlins’ ownership, Thomas Ewing purchased Snee Farm in 1936 to be near his daughter, Alexandra. She had moved to nearby Boone Hall Plantation and built the popular site’s current house that year with her husband, Thomas Stone. When Mrs. Stone inherited Snee Farm in 1943, she relocated to her father’s former home, having recently sold Boone Hall. She remained at Snee Farm until her death in 1968. Her estate then sold Snee Farm to a couple who lived there for nearly 20 years. 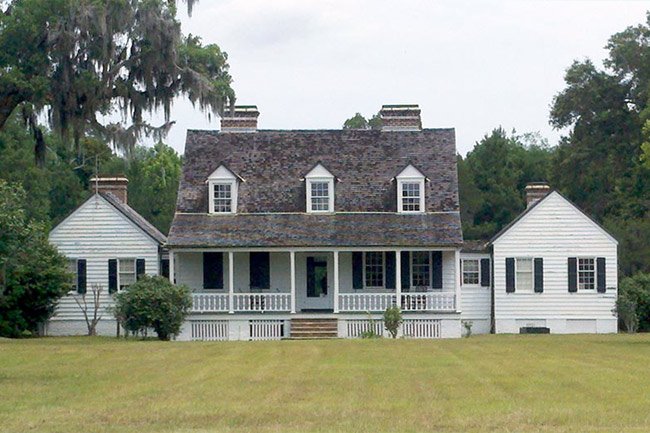 Jamie DuMont, 2011 © Do Not Use Without Written Consent

In 1986 the property, which by then numbered just 28 acres, was sold to developers. Snee Farm, including the 1828 plantation house pictured above, became vulnerable to demolition. An organization called Friends of Snee Farm quickly formed to purchase the land. In 1990 the property came under the protection and responsibility of the United States National Park Service and operates today as the Charles Pinckney National Historic Site. Snee Farm is open to the public. 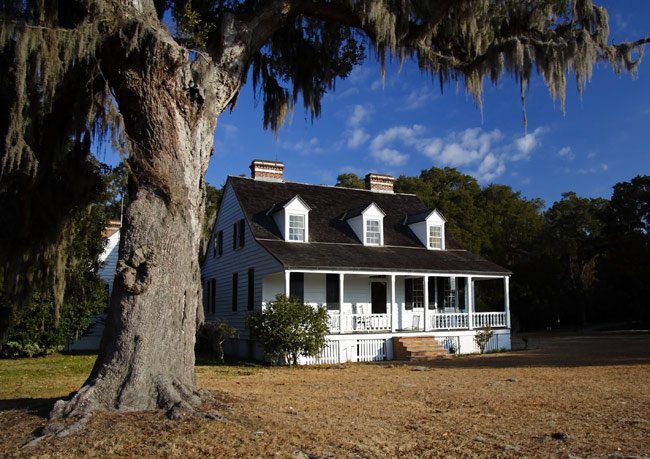 W.R. Silver © Do Not Use Without Written Consent

Visitors to the Charles Pinckney National Historic Site often ask about this marker, as an identical marker graces the churchyard at nearby Christ Church. In fact, the marble memorial is a cenotaph, or a marker made in honor of someone who is buried elsewhere. This marker was ordered in 1785 by Colonel Pinckney’s son, Charles, three years after his father’s death. However, when the marker arrived, it listed Colonel Pinckney’s age incorrectly as 52 instead of 50. 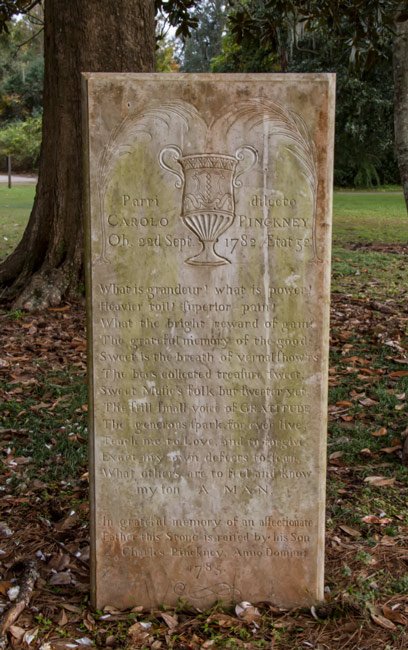 Charles Pinckney decided to use the marker to commemorate his father at the family estate rather than at his burial site. Yet in 1892, one of Pinckney’s descendants, Thomas Pinckney, asked if the marker could be moved to the grounds of nearby Christ Church, and his request was granted. A few years later Thomas Hamlin, who owned the property in the early twentieth century, carved a wooden marker from a fallen oak limb and placed it where the cenotaph once stood. Then in the mid-century, owner Thomas Stone had a replica cenotaph made and placed it next to the wooden marker. The wooden marker has since disappeared, and the original marble marker still rests at Christ Church. Interestingly, both Colonel Pinckney and his son, Charles Pinckney, are buried at St. Philip’s Church in downtown Charleston, making both the Snee Farm and the Christ Church markers cenotaphs.

Snee Farm is listed in the National Register:

(Charles Pinckney National Historic Site) Snee Farm was purchased about 1754 by Colonel Charles Pinckney, a wealthy lawyer and planter. Upon his death in 1782, the farm then passed to his son, Charles, author of the “Pinckney draught” and signer of the Constitution, four time Governor of South Carolina, U.S. Senator and Minister to Spain, 1801-1805. President George Washington stopped at Snee Farm for breakfast on May 2, 1791, during a tour through South Carolina. The farm remained the property of Pinckney until his death in 1824. (Note: research since the time of nomination has established that Pinckney sold Snee Farm in 1817 to satisfy his debts. The current main house at Snee Farm was built ca. 1828, replacing the plantation house extant during Pinckney’s ownership.)

Snee Farm is a square-shaped one-and-one-half story clapboard structure with gabled and dormered roof and two interior chimneys. The large corbeled brick chimneys are set on the rear slope of the roof. The flanking symmetrical one-story frame wings at the rear northeast and northwest corners of the main house were built and added in 1936. The original house, rests on brick piles and a short flight of masonry open-string stairs lead up to the open porch which extends across the front elevation. The shed roof over the porch is supported by six evenly spaced square columns. The cottage was restored in 1936.