St. John’s Lutheran Church is the oldest Lutheran church in Charleston. On May 26, 1734 the Reverend John Martin Bolzius served communion to a group of Lutherans in Charleston on his way to the German Salzburger colony in Georgia. The service signified one of the earliest Lutheran worship gatherings in the Holy City. In 1742 the Reverend Henry Melchior Muhlenberg, considered the father of the Lutheran Church in America, ministered to Lutherans in Charleston, also while while traveling to Georgia. 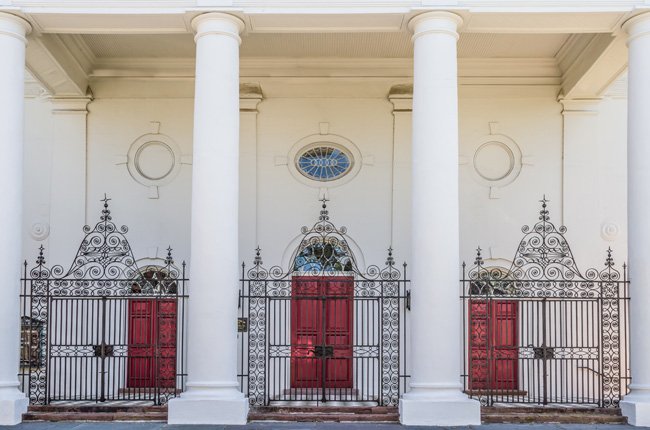 On his return trip, the Reverend Muhlenberg stayed in Charleston for three weeks while awaiting a ship to take him to Philadelphia, where he had immigrated from Germany earlier that year. He continued ministering to the German community in Charleston during those three weeks, teaching catechism and offering communion. The Reverend Muhlenberg and his wife had 11 children, three of whom followed their father’s footsteps into the ministry. Their son Gotthilf Heinrich Ernst Muhlenberg became a Lutheran minister as well as a renowned botanist; Muhlenbergia filipes, or sweetgrass, was named in his honor. The grass is commonly used for coiling sweetgrass baskets found in the Charleston area. 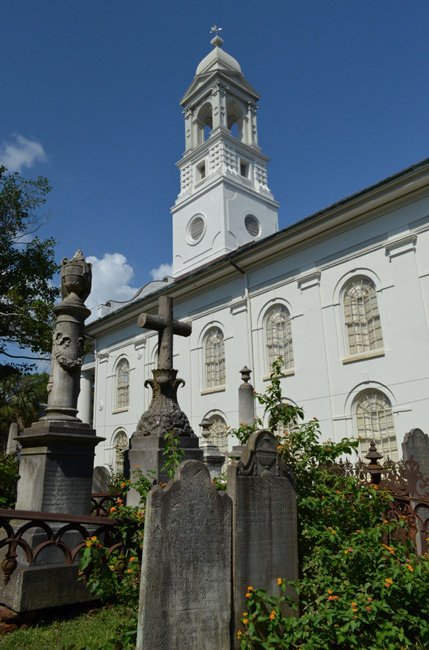 Amy Gentes of Mount Pleasant, 2016 © Do Not Use Without Written Consent

Lutheran services continued in Charleston through the ministry of traveling pastors. In 1753 two ministers from the Salzburger community in Georgia arrived in Charleston to conduct sacraments, and in 1755 the Reverend John George Fredericks officially organized the congregation. The group worshiped in the sanctuary of the French Huguenot Church while awaiting their own church building. Construction on the first church on this site began in 1759 and was completed in 1763. When it was dedicated in 1764, the church was formally named St. John’s. The simple edifice was a wooden building that sat behind the present church. 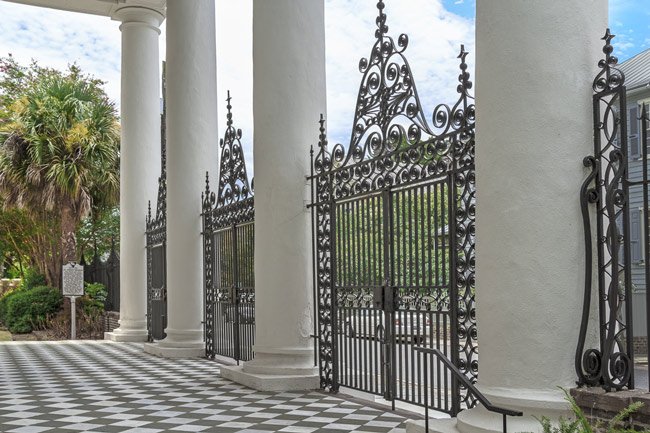 The church went through a period of instability in leadership for several years around this time. Ministers came and went, many leaving under unfriendly circumstances with the congregation. In 1776 during the American Revolution the Reverend John Nicholas Martin, who had served the church earlier from 1763 through 1767, returned as minister. However, due to his refusal to pray for the King of England during church services, he was expelled from Charleston with his property confiscated by the British. His successor, the Reverend Christopher Streit, led the congregation’s first services in English and was arrested for his criticism of the British. 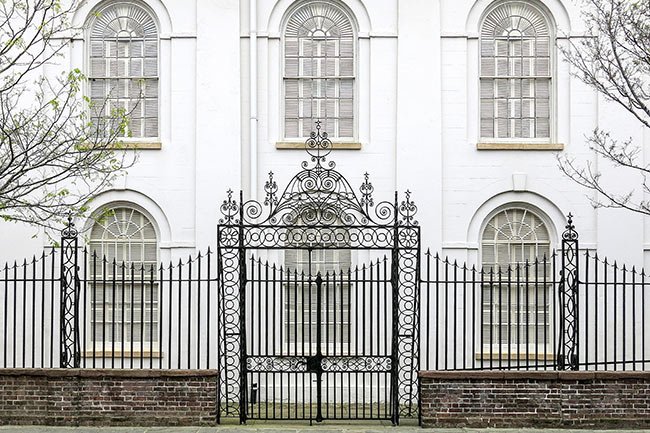 Spencer Means of Charleston, 2013 © Do Not Use Without Written Consent

When Dr. John Bachman arrived in 1815, the church entered a period of stability and growth. The present church was built from 1816 through 1818 under his leadership, and he was instrumental in founding the Lutheran Synod of South Carolina in 1824 as well as the Lutheran Theological Seminary in 1830 and Newberry College in 1855. 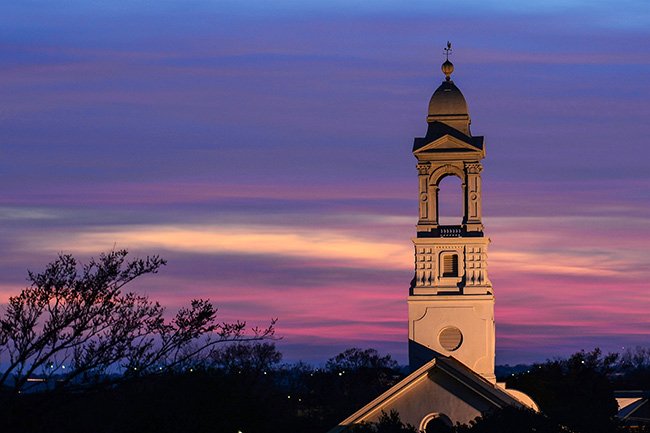 Madelyn Robinson of Summerville, 2018 © Do Not Use Without Written Consent

Dr. Bachman is often remembered for ministering to the black community, training three African-American men to become Lutheran ministers. Dr. Bachman was also an accomplished ornithologist and good friend of John James Audubon. The Bachman’s warbler, now presumed to be extinct, was named for him after he collected a specimen in Charleston in 1832. Several other species of birds also bear his name. Dr. Bachman and John James Audubon officially became family when the Audubon sons married the Bachman daughters. 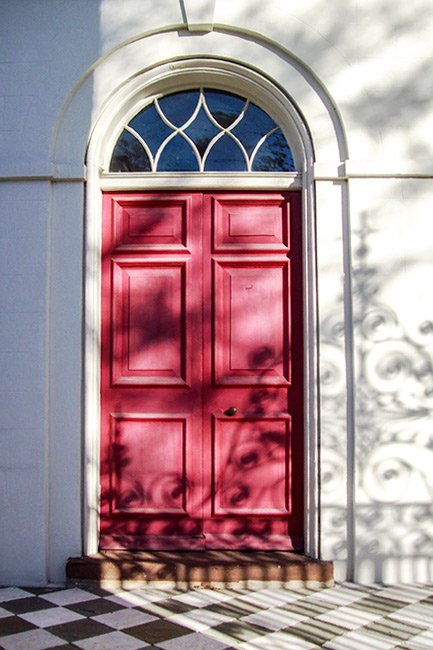 During the Civil War Dr. Bachman and his family fled to the Upstate, where he was beaten by Federal troops. This event led to a permanent disability in one of his arms. While Charleston was under siege during the war, the church’s library, records, and communion silver were either destroyed or stolen. Following the war, Dr. Bachman returned to lead the church, which was the first in Charleston to reopen. Dr. Bachman continued serving as minister of St. John’s until 1874. He is interred beneath the church altar. 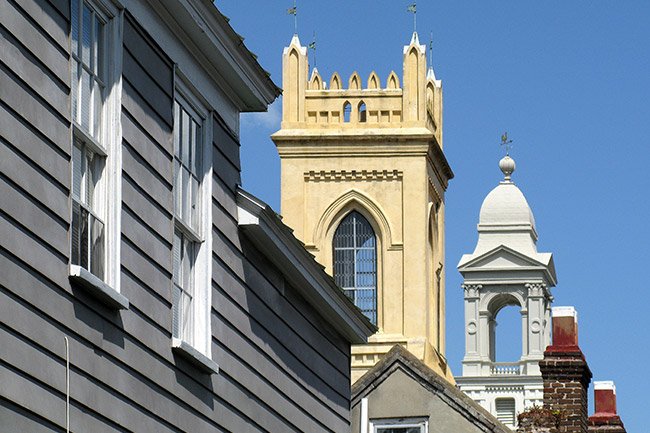 Spencer Means of Charleston, 2013 © Do Not Use Without Written Consent

The present sanctuary is thought to have been designed by Frederick Wesner, who also designed the Old Citadel. The brickwork was completed by the Horlbeck brothers of Boone Hall Plantation. The church originally had no steeple; it was added in 1859 by David Lopez, the builder of Kahal Kadosh Beth Elohim. The original church bell was melted and used for gun metal during the Civil War. The church suffered damage during the earthquake of 1886 as well as from a hurricane in 1893 and Hurricane Hugo in 1989. Repairs from the latter storm were completed in 1991, and the building was once again restored in 2011. St. John’s Lutheran Church stands next to the Unitarian Church. 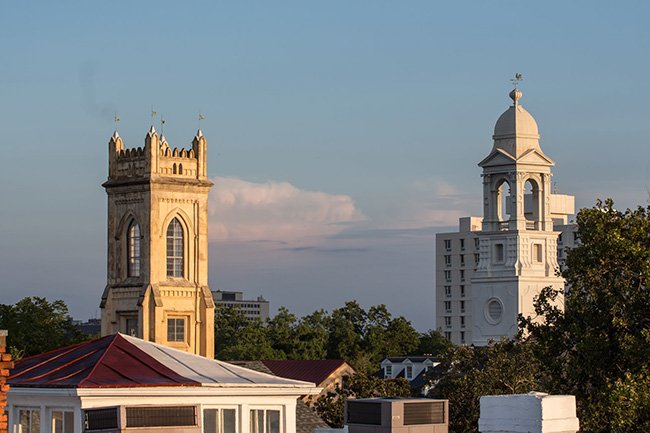 St. John’s Lutheran Church is listed in the National Register as part of the Charleston Historic District: 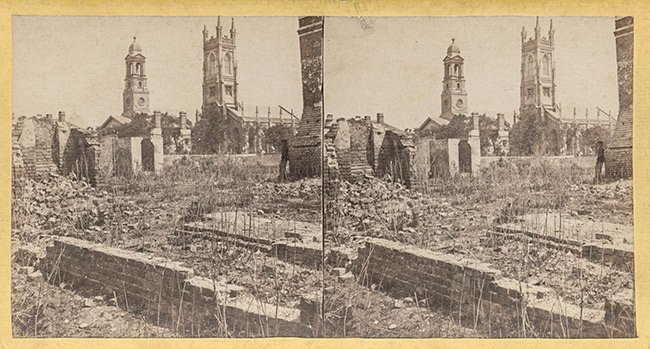 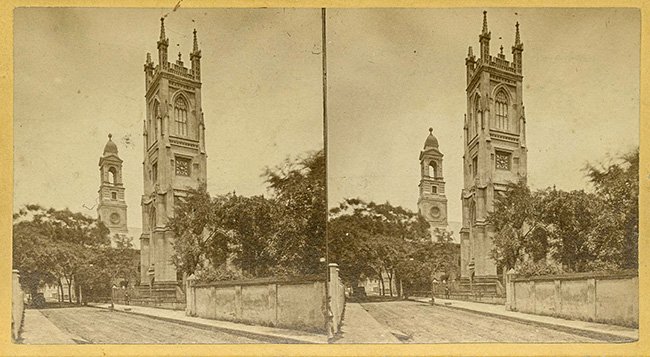 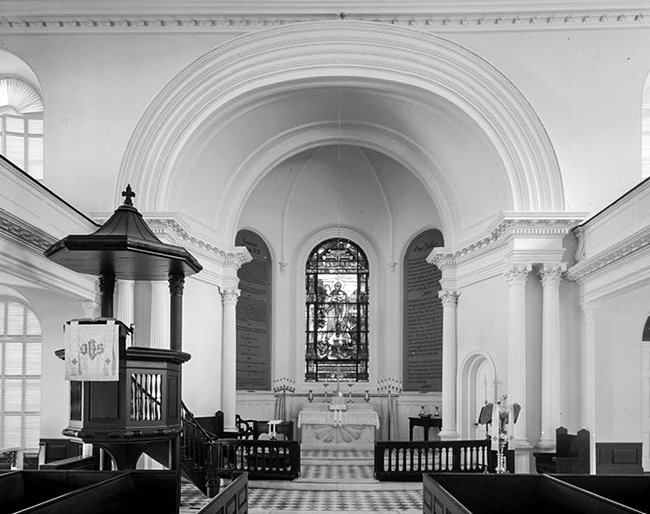 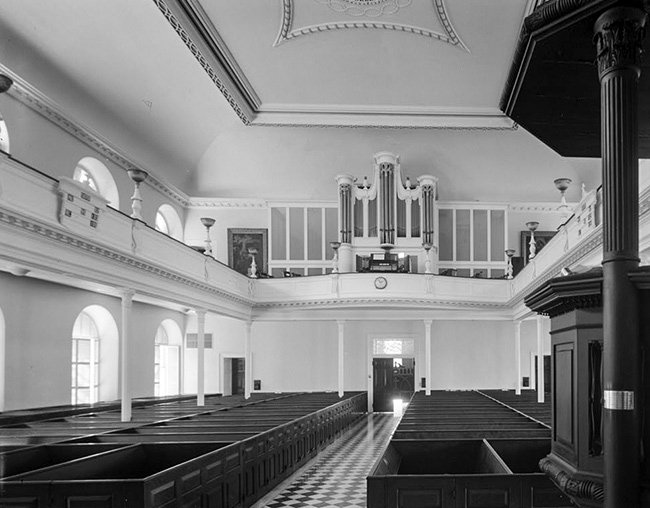 Contributor Amy Gentes shares about her photo at the top of the page: “My husband, Chris, and I occasionally spend time playing ‘tourist’ in downtown Charleston, visiting historic sites. I especially enjoy strolling through cemeteries and graveyards in spring and fall when the flowers, bees, and butterflies impart a fascinating juxtaposition to the dearly departed. On the beautiful, early fall day I took this photo, we paid our respects to the Charlestonians buried at St. John’s Lutheran, some of whom made Charleston the place we will forever call home.”