Beautiful St. Matthew’s Lutheran Church, located in Charleston, was founded in 1840 primarily by German-speaking Lutherans from the English-speaking St. John’s Lutheran Church on Archdale Street. These Lutherans wished to worship in their native language. In 1842 the congregation’s first church, a Greek Revival edifice designed by noted architect Edward Brickell White, was completed at 48 Hasell Street. As the German community expanded in Charleston, the congregation eventually outgrew its first church and built this Gothic Revival edifice in 1872. The Hasell Street church is now occupied by St. Johannes Evangelical Lutheran Church. 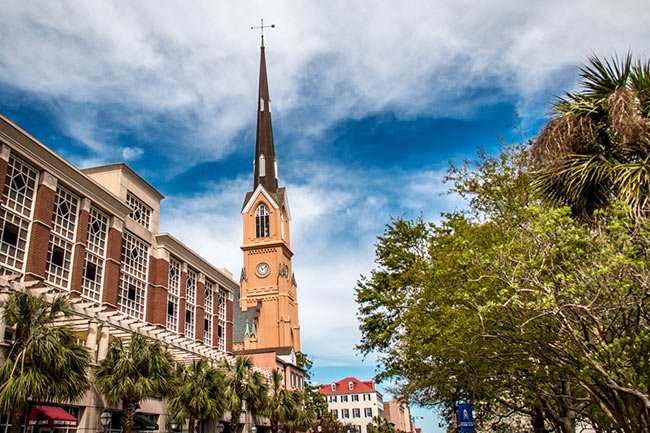 Shell Suber of Columbia, 2018 © Do Not Use Without Written Consent

The city suffered an outbreak of yellow fever in the mid-nineteenth century. Sadly, the death rate forced the congregation to purchase land for a second cemetery, as the church’s burial grounds on Reid Street soon reached maximum capacity. St. Matthews bought 55 acres near the Cooper River to be used as Bethany Cemetery, and the church maintains the all-faith cemetery today. The Reid Street cemetery land, then called Hampstedt Cemetery, is now used for housing, and the cemetery’s remains were relocated to Bethany in 2009. 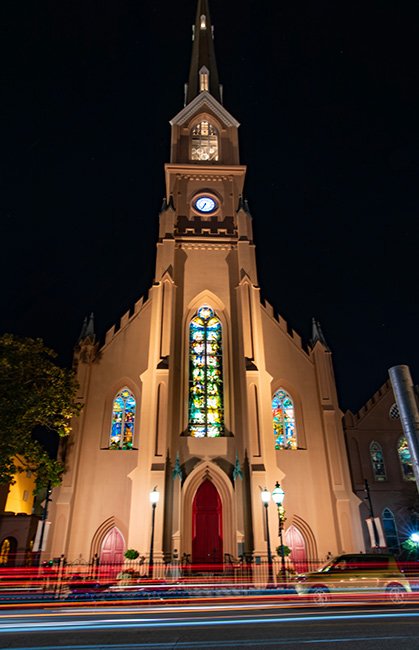 Kristin Lee of Charleston, 2018 © Do Not Use Without Written Consent

St. Matthew’s Church is known for its 297-foot-tall steeple, which made the church at one time the tallest structure in the state. It remains the tallest spire in Charleston. In 1965 St. Matthew’s suffered a devastating fire that destroyed the steeple, sending it “crashing spectacularly into King Street.” The church was quickly rebuilt, including the spire, though a section of the spire remains where it landed as a reminder of the event. 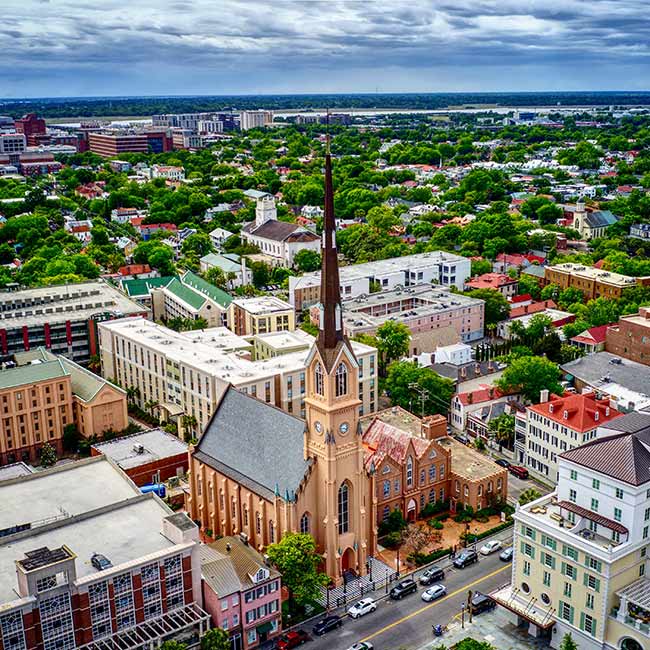 James Simpson of Greenville, 2019 © Do Not Use Without Written Consent

St. Matthew’s Evangelical Lutheran Church is listed in the National Register as part of the Charleston Historic District:

St. Matthew’s Lutheran: Inside the Church 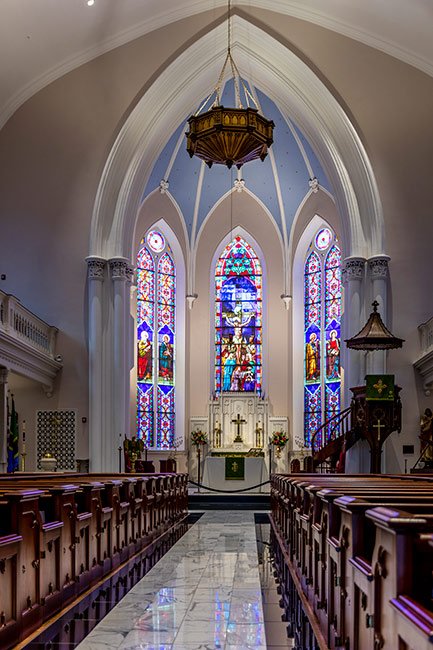 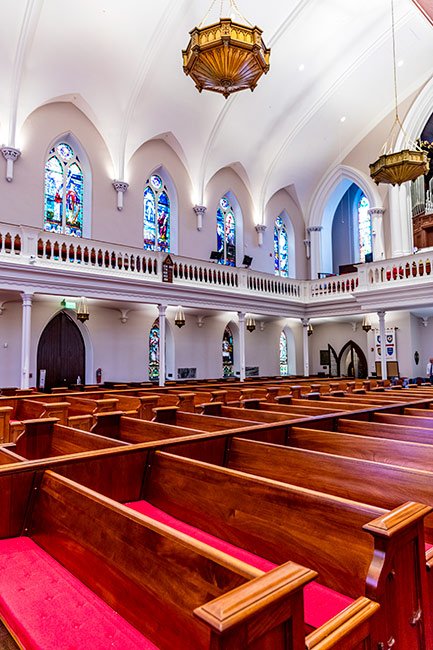 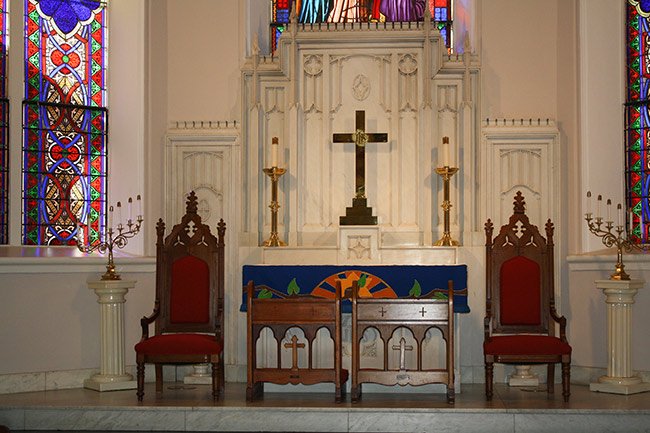 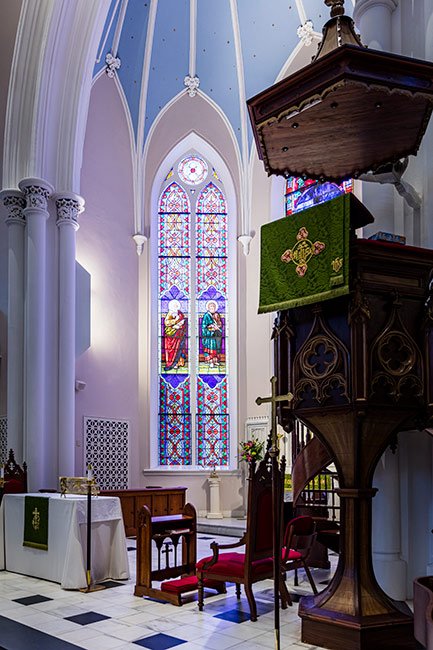 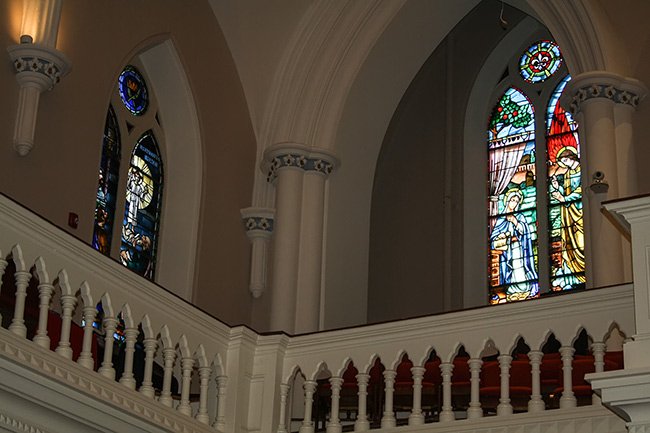 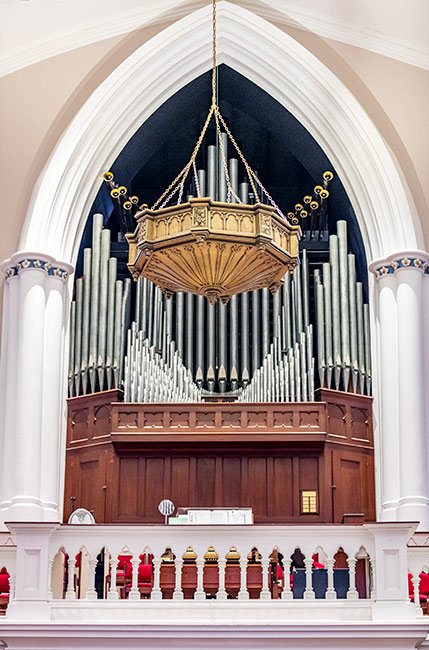 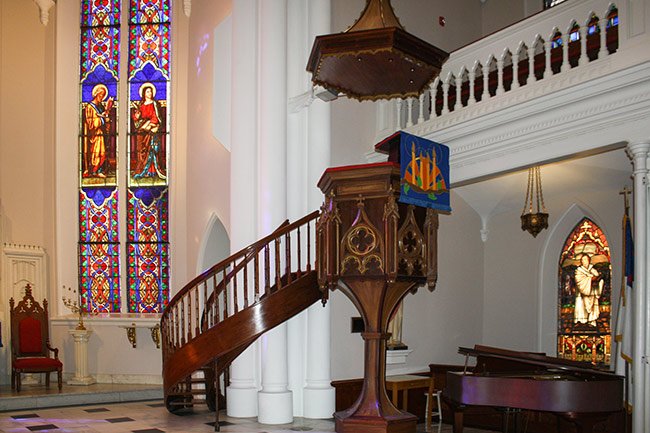 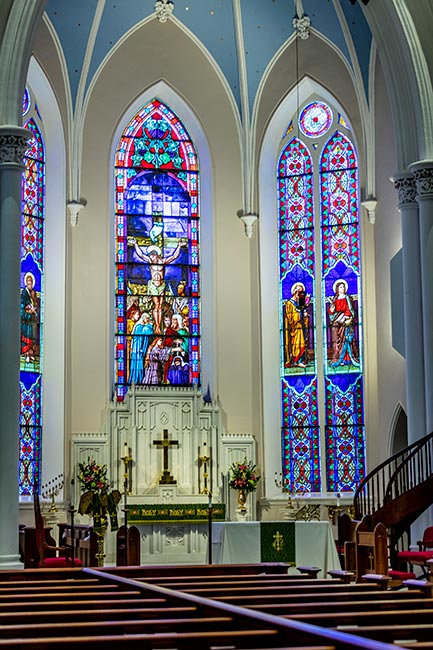