This eighteenth century home in historic Charleston was built in 1735 for Thomas Rose, an Ashley River planter. The two-and-a-half story Georgian-style house was built on an original lot of the Grand Modell, or city plan of Charles Town. The property, designated as lot 61, was granted to Elizabeth Willis by the Lord’s Proprietors in 1680. It was eventually inherited by Beauler Elliott, who married Thomas Rose in 1733. In 1734 Rose wrote to his brother Richard in England, requesting English masons to be sent to Charleston for the construction of the home. 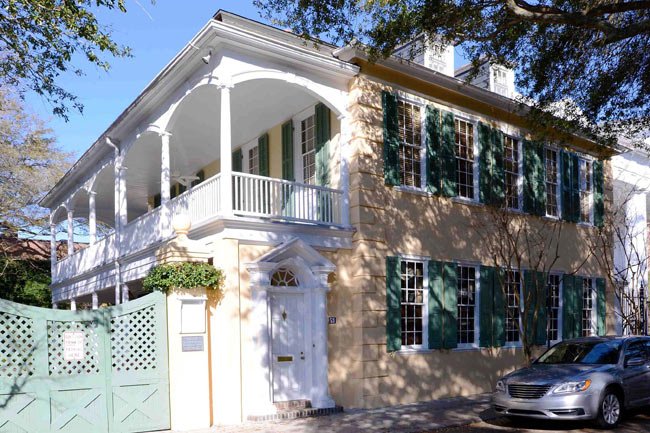 The house was spared during a fire that destroyed many other surrounding homes in 1740. The following year Rose sold the house to Benjamin Savage. Though Savage died in 1750, the home remained in the ownership of the Savage family for the next 90 years. In 1929 the new owners hired architectural preservationist Albert Simons to restore the manse. The home, which went on the market in March of 2015, is considered one of the best preserved residences from colonial Charleston. It sits next door to the First Baptist Church of Charleston. 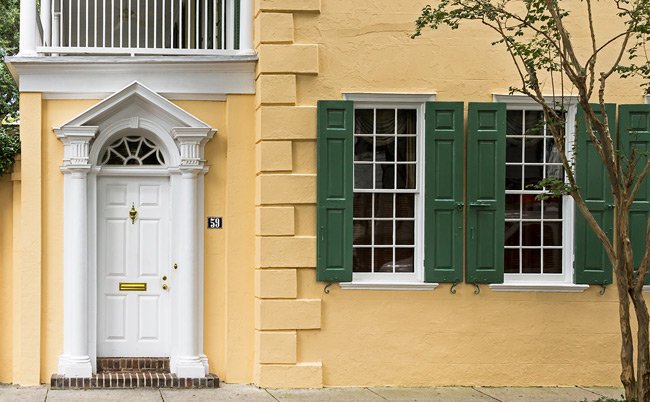 Interestingly, the Thomas Rose House is associated with a ghost. According to the story, Dr. Joseph Brown Ladd – known as the “Whistling Doctor” for his habit of whistling around town – was injured in a duel in Philadelphia Alley in 1786. He later died in his room where he was boarding in the Thomas Rose House. The home was operated as boarding house run by two sisters – members of the Savage family – towards the end of the eighteenth century. People have claimed to hear whistling in the house as well as in Philadelphia Alley. The facts surrounding Dr. Ladd’s life and death are true while the ghost tale is considered pure legend. However, the Thomas Rose House bears the only marker in Charleston issued by the Preservation Society that mentions the presence of a ghost. For those who stroll by the house and read the marker, be aware that the Preservation Society transposed Dr. Ladd’s middle and last names on the plaque.

The Thomas Rose House is listed in the National Register:

Although considerably altered since its erection in 1735-1740, the Thomas Rose House is one of Charleston’s best specimens of colonial architecture. It is a two and a half story Georgian brick townhouse which retains most of its fine original, early Georgian paneling. The square house is five bays wide and four bays deep with stucco-covered walls and a hipped roof with dormers. A large two-story porch was added about 1830 along the south side; it contains a fanlighted street entrance door flanked by engaged half-round Tuscan columns and is topped by triangular pediment. Present main entrance, also dating from ca. 1830, is in second bay of south side. The original entrance was in center of the street façade. The house has a typical Charleston “double house” plan. Historical architect Albert Simons restored and modernized the residence in 1929. The bath and kitchen were added, missing mantels replaced, one bedroom subdivided, and original detached kitchen connected to main house.