While this will remain a popular South Carolina legend, it should be noted that most of these old stories and legends are loosely based on factual events and should be taken as such. When visiting this cemetery, and any other historic landmark, please be respectful of the property. As always, if you notice any damages, please report them to the proper authorities.

The Presbyterian Church on Edisto Island is undeniably one of the loveliest churches in South Carolina – and possibly one of the most haunted. The congregation is said to be among the oldest of its denomination in the country, dating to 1685. Though the church itself was built in 1831, people have been interred in the churchyard since 1797 – including Julia Legare, who died on the island in 1852 at the age of 22. 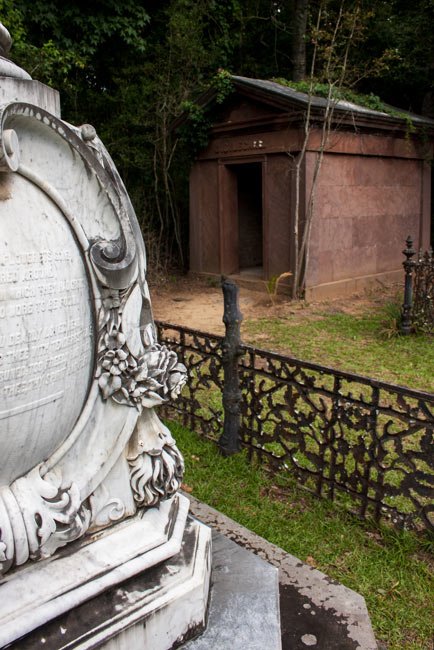 According to legend, Julia became ill with diphtheria, fell into a coma, and was later pronounced dead. The tragic death at such a young age gripped the Legare family, who buried her in the family mausoleum. Sadly, two years later another death struck the family, and when the Legares opened the mausoleum for the burial, they made a shocking discovery. Collapsed in the corner were a pile of bones adorned in the tattered material of Julia’s burial gown. Julia Legare had been buried alive. 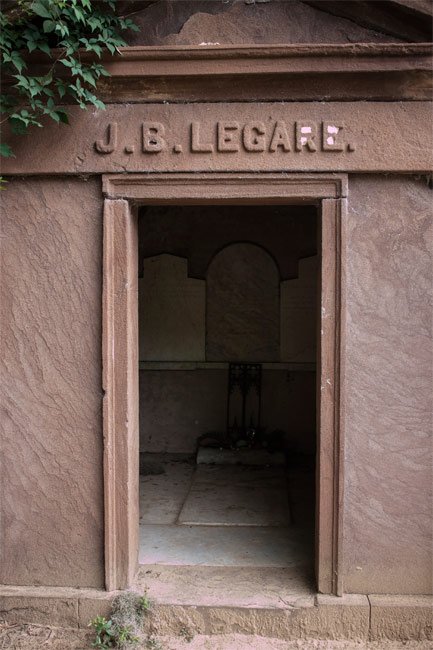 If you visit the tomb yourself, you will notice that no door blocks visitors from entering the family crypt. This is because for years, the enormous stone door that sealed the graves would be found open, with scratch marks on the door evident – from the inside. Each time the door was found open, elders from the church would close and secure the door, only to rediscover the same eerie scene later. Today the door rests on the ground next to the tomb, freeing Julia to finally leave her grave.

Reflections on the Tomb of Julia Legare

Brandon Coffey, a longtime SC Picture Project contributor who shared the photos above, chose this as his “Spookiest SC Spot” for our November 2014 edition of SCIWAY News. Says Brandon, “I have visited the tomb many times, and every time I do there is always a strange energy about the place. Whether you say you believe in ghosts or not, the energy felt is undeniable. If you can really step outside of yourself and imagine the fate of being sealed in a tomb and ultimately perishing there, you can only imagine how much desperation was felt. Perhaps that is the energy I feel when visiting. It’s Julia letting people know of her pain so this tragic mistake won’t happen again.”