The congregation of Trinity Episcopal Church was founded on Edisto Island in 1774 – exactly 100 years after much of the island was acquired by Lord’s Proprietor Ashley Cooper, Earl of Shaftesbury, who then issued land grants to English settlers so that they could establish plantations. As more residents came to the island, churches began to flourish. Many of them, like Trinity Episcopal Church, became longstanding assets to the community. 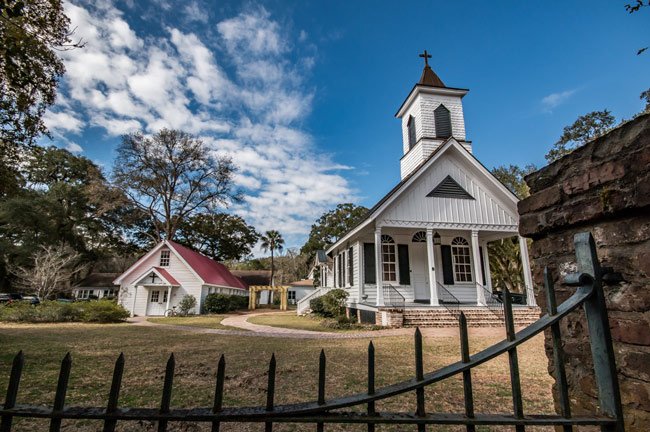 The island Episcopalians originally worshiped in the parish church on Johns Island. In 1774 they established a chapel of ease, and in 1840 a large church building was erected for the island’s worshipers. Union troops occupied the island during the Civil War, and Trinity Episcopal, like so many other homes and churches, was used by Federal forces. A prayer book donated by Joseph Jenkins of Brick House Plantation was taken from the church by a Union soldier, only to be returned to the Jenkins family years later. 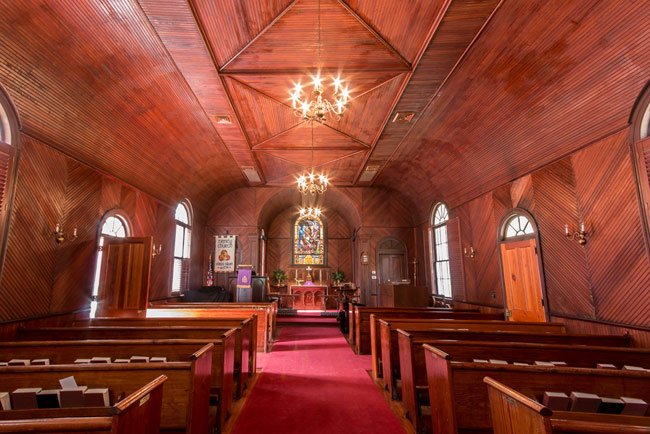 Most whites evacuated the island during the war, leaving plantations and churches in the hands of former slaves. Though many whites returned to Edisto after the war, they were greatly outnumbered by the African-Americans who remained. Trinity Episcopal Church records of 1870 show 30 white members and 112 black members. As was the case in many other churches, the black members eventually left to form their own churches, and Trinity once again became the island church for white Episcopalians. 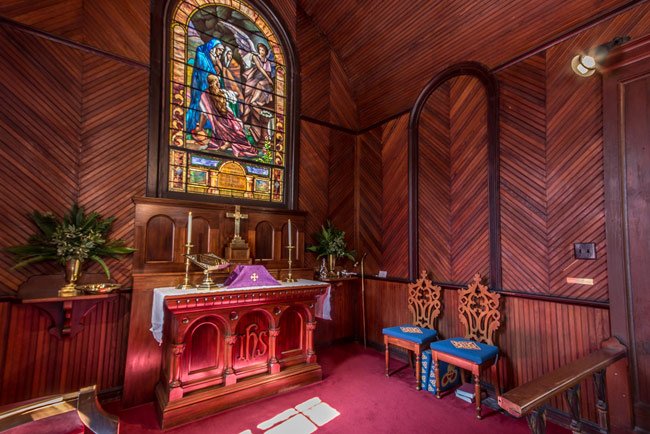 Though the church survived the ravages of war, it was destroyed in an accidental fire in 1876. The present church, shown here, was built as a replacement in 1880. It is the only church on the island constructed in the Victorian style. Trinity Episcopal Church frequently plans service projects and activities with other churches on the rural island, including nearby Presbyterian Church on Edisto Island. 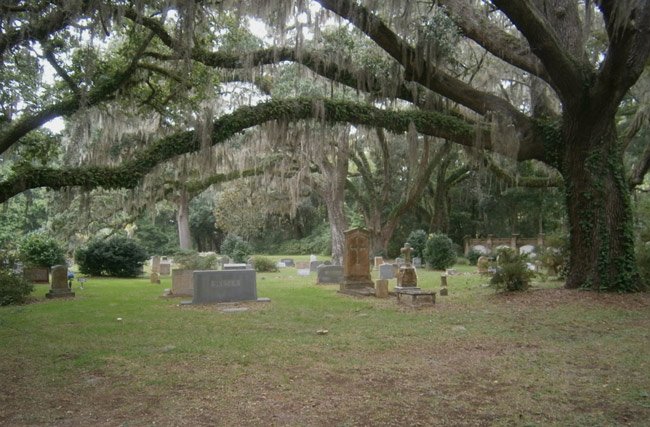 Trinity Episcopal Church is listed in the National Register:

Trinity Episcopal Church, constructed ca. 1876, is significant architecturally as the only Episcopal Church and the only example of Victorian church architecture on Edisto Island. The church is a one-story wooden meeting house form structure built on ground level. A short flight of steps leads to the porch which extends the full width of the building. The porch has slender, square posts which support a triangular pediment. Vertical planks of the pediment, pointed at base, form a zigzag design. The triangular louver at center of the pediment is both decorative and functional. The inset steeple, covered with white shingles, has decorative louvers. The double, three-panel entrance of the façade is surmounted by an elaborate, semi-circular fanlight. This building with its white boards and shingles contrasted with its dark green roof, shutters and louvers fits in well with its parklike surroundings. This structure replaced an older structure which was burned accidentally. 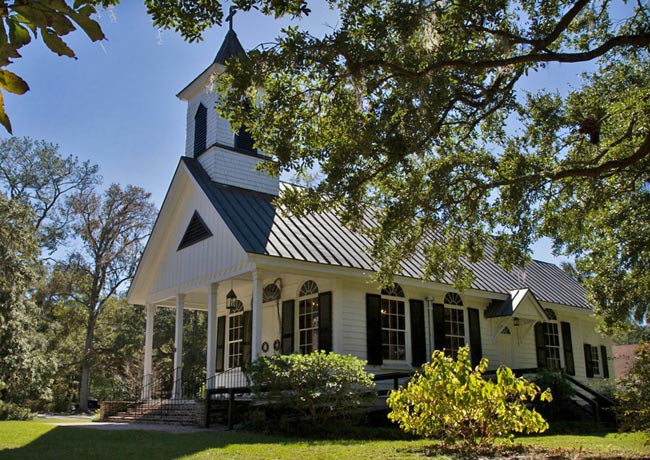 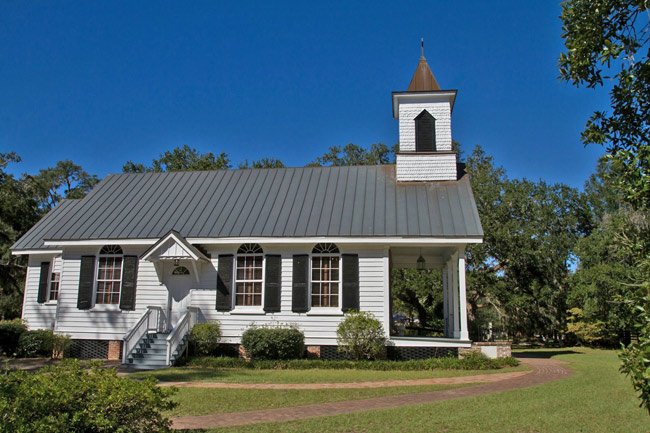 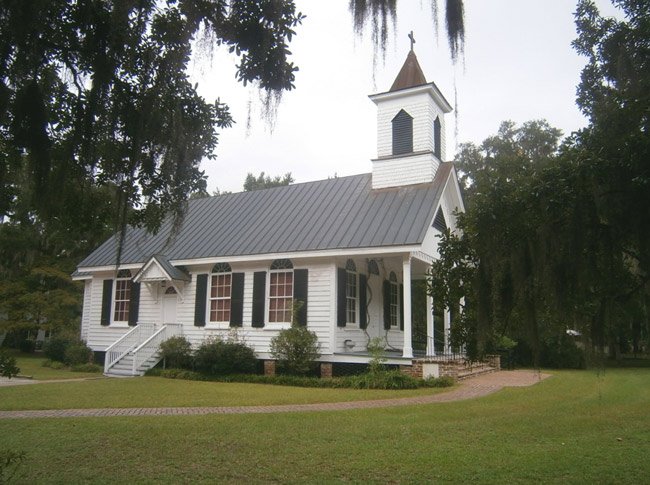