Located in historic downtown Charleston, the United States Custom House was completed in 1879 and is one of only several historical custom buildings that continues to serve its original purpose. 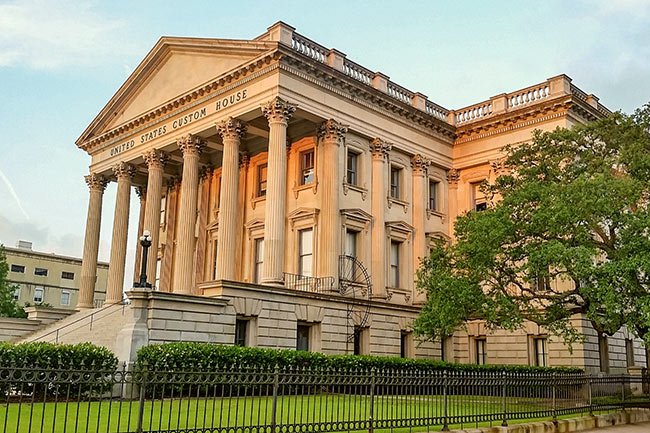 Debbie Mills of Pomona, NY, 2017 © Do Not Use Without Written Consent

Historically, a custom house was a building that served as a port of entry into a country, where government officials regulated commerce and collected shipping taxes. By the mid-1800s, Charleston had become one of the busiest port cities in the country and the US Custom Service had outgrown its headquarters in The Old Exchange Building. 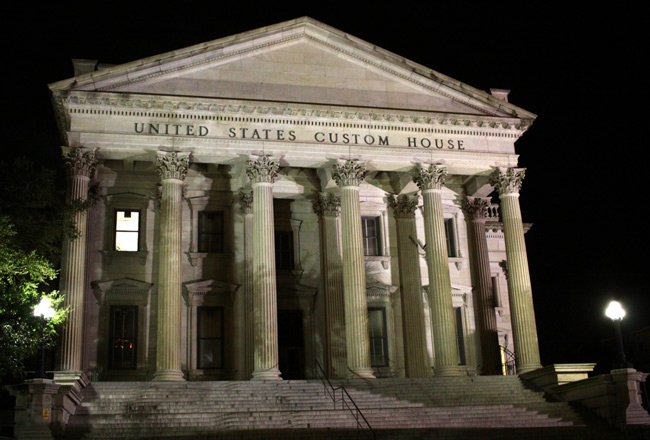 Gary DuBose of Seneca, 2015 © Do Not Use Without Written Consent

In 1849, Congress purchased the waterfront site on East Bay Street to construct a new headquarters. The following year several architects were invited to compete for the commission to design the building. Although Charleston architect Edward C. Jones was initially declared the winner, federal authorities ultimately awarded the project to Ammi Burnham Young, supervising architect of the United States Treasury Department. Young was selected to produce a new design based on the previous entries of Jones and fellow Charleston architect E.B. White, who also designed the Trinity Episcopal Cathedral in Columbia and the French Huguenot Church in Charleston, among other notable buildings. 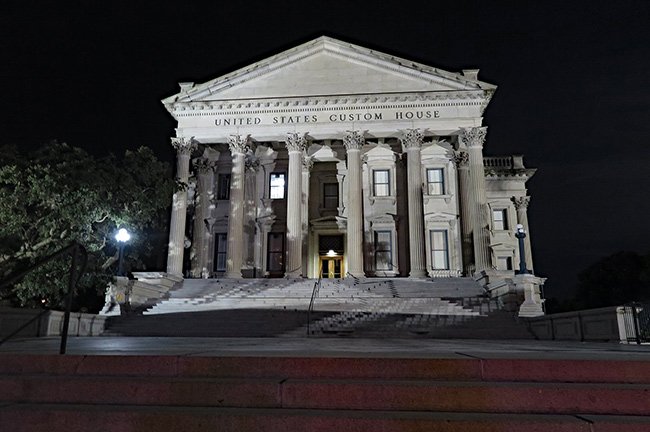 Construction began in 1853, but was interrupted in 1859 due to increasing costs and the possibility of South Carolina‘s secession from the Union. The building sustained considerable damage during the Civil War and wasn’t repaired until construction resumed in 1870. The new United States Custom House was completed nine years later. 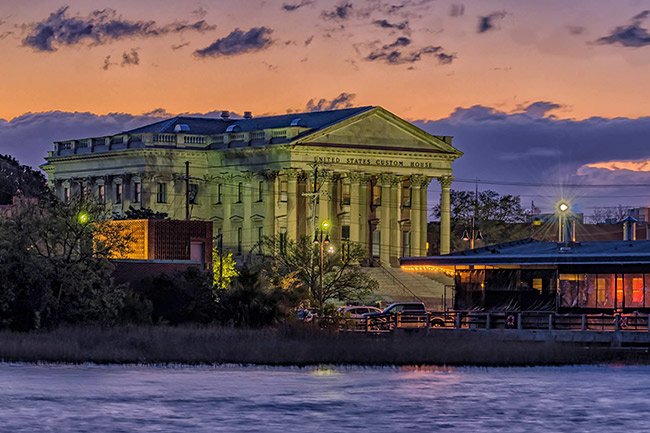 F. Everett Leigh of Union, 2017 © Do Not Use Without Written Consent

The United States Custom House is listed in the National Register:

Both architecturally and historically, the United States Custom House is an outstanding public building. Its continual use as a custom house completes the commercial history of one of the country’s busiest early ports. Construction began in 1853, with Charleston architect E.B. White serving as superintendent architect, but the building was not completed until 1879. The Roman Corinthian order was carried throughout the structure, not only in the pedimented porticos on the east and west fronts, but also the columns decorating the piers between the windows. The plan is a simple cross with one short and one long axis. Originally there was to have been a rotunda with a dome and skylight at the intersection of the cross arm, but apparently this was eliminated as construction of the building was prolonged and became costlier. The basement story is rusticated while the upper wall surfaces are smooth marble. Windows on both floors are rectangular and pedimented, as are the centrally located entrances on each portico. Surmounting the building is an entablature with a molded architrave, a wide unadorned frieze, excepting the “United States Custom House” carved into the west front in 1964, and a dentiled cornice. Above this is an open balustrade, behind which a low pitched roof is barely visible.

The photo below was contributed by photographer Audrey Robinson who says, “This is a photo of the United States Custom House in Charleston. It is one of my favorite buildings in Charleston. It was a strange time to be there. Normally the streets are filled with tourists and traffic, but not on this day. Everyone was preparing for Hurricane Irma to hit. Business owners were filling their doorways with sandbags and some were boarding up windows. Thankfully not too much damage was done to this wonderful town.” 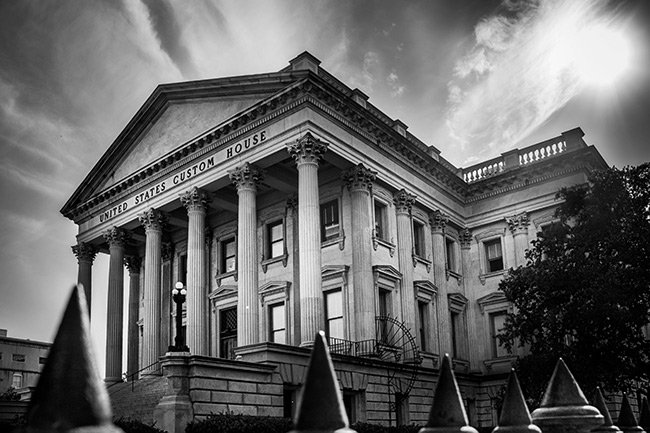 Aubrey Robinson of Union, 2017 © Do Not Use Without Written Consent

Contributor F. Everett Leigh, the photographer behind two of the photos on this page, writes this: “I spent the weekend with my family and had a few hours to take a stroll by myself to the places I remember the most growing up in Charleston. I saw what I think is one of my favorite examples of the marvelous architecture that predates the Civil War at the United States Custom House while there.” 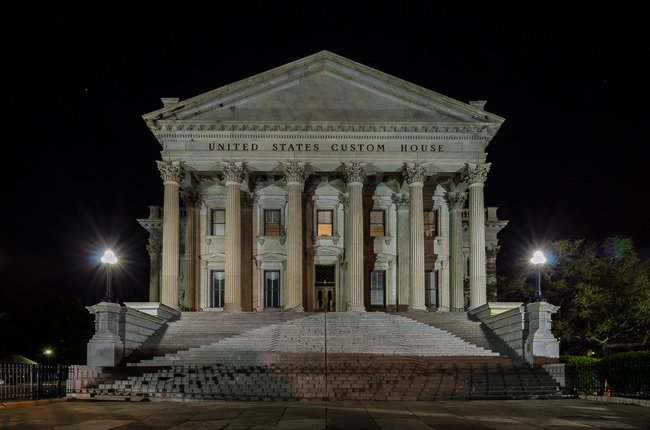