Commonly called White Gables, this Victorian home was built around 1897 in McClellanville by Wade Hampton Graham. Graham was a mail deliverer in the fishing village and also partners in the Bulls Bay Canning Company with his bother, T.W. Graham, namesake of the town’s iconic seafood restaurant. Graham built the home for his first wife, Lilla. Following her death, Graham married Sarah Jane Stanland, who ran a boarding house from the home. In fact, the home is also sometimes referred to as the Sarah J. Stanland Graham House. Today the house is a private residence. 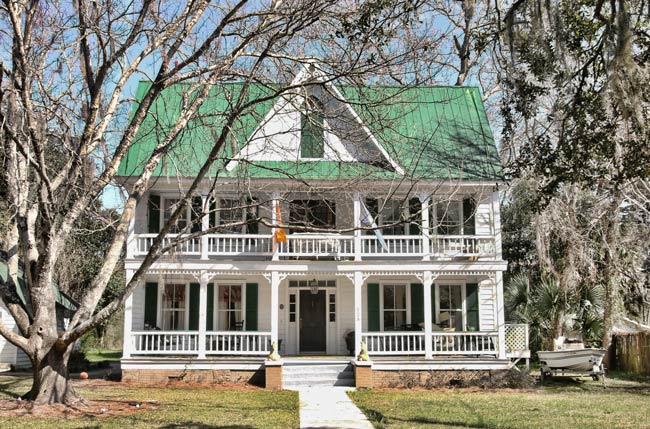 The Wade Hampton Graham House is listed in the National Register as the Sarah J. Stanland Graham House in the McClellanville Historic District: