The cupola rising from the Second Empire home pictured below belongs to the Francis Silas Rodgers Mansion, which today houses a luxury inn known as the Wentworth Mansion. The opulent Charleston house was completed in 1886 for Rodgers, a successful cotton merchant, though construction began five years before. The four-story, 24,000-square-foot home was designed to be large enough to accommodate Rodgers’ family of 13 and grand enough to reflect his status in the cotton industry. The home suffered damage from the 1886 earthquake shortly after it was built, although it was immediately repaired. Since its completion, the mansion has been considered the finest of its style in Charleston. 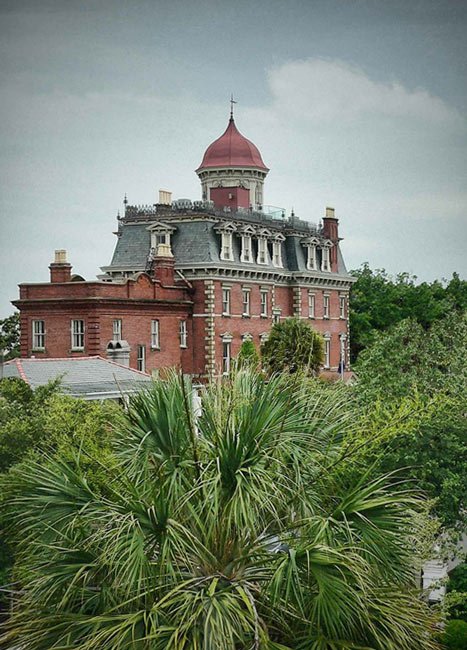 Gazie Nagle of Charleston, 2008 © Do Not Use Without Written Consent 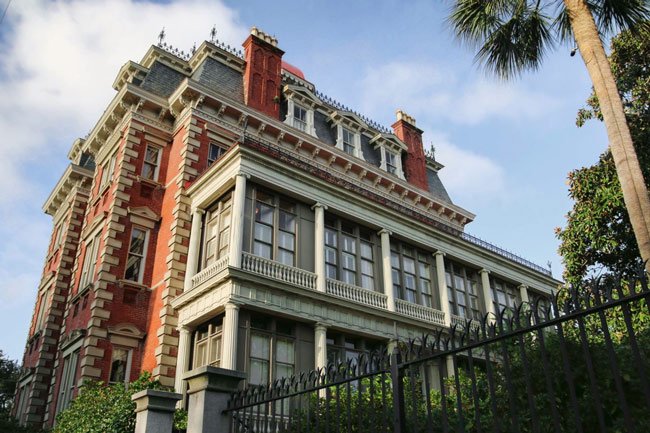 The mansion remained in the Rodgers family until 1920. At that time it was purchased by the Scottish Rite Cathedral Association (see postcard below). That group sold the home to the Atlantic Coast Life Insurance Company in 1940. 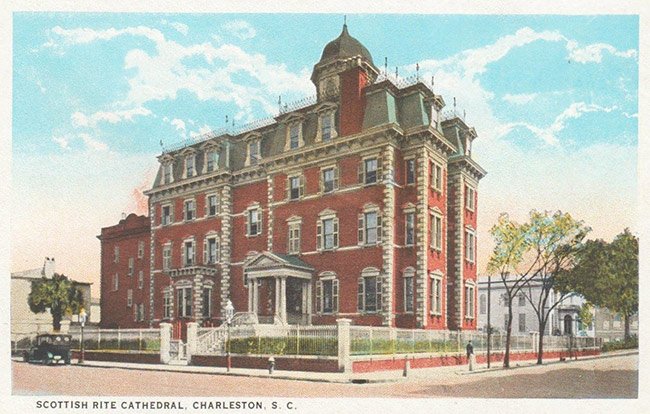 The present owner, Richard Widman, bought the home in 1997 with plans to convert it into a luxury hotel. Following 18 months of restoration, the Wentworth Mansion, named for its eponymous street, opened as a 21-room grand hotel in downtown Charleston. Other features of the property have been restored to receive guests, such as the carriage house that in 2000 was converted into a restaurant – Circa 1886 – and a stable that now serves as a spa. 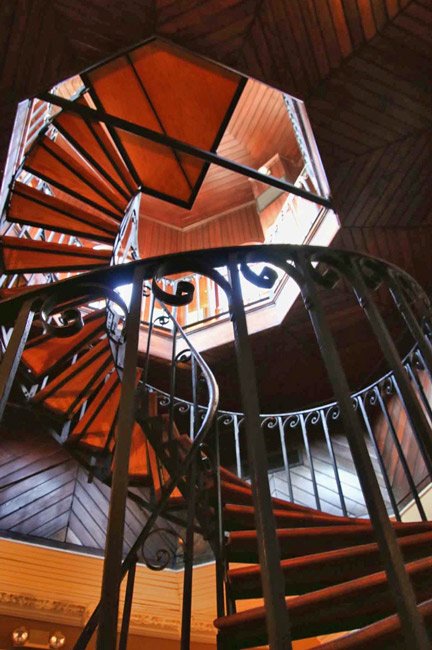 The Wentworth Mansion is listed in the National Register as the Francis Silas Rodgers Mansion in the Charleston Historic District: