This Gothic-style church of field stone was organized in Blacksburg in 1855 as Shiloh Presbyterian Church when the town was still called Stark’s Folly. The community’s name was changed to Blacksburg in 1888 when John Black donated land for a railroad in the Cherokee County hamlet. In 1890, Shiloh’s white congregation, which was dwindling in membership, sold its sanctuary to residents of a neighboring black community in Kings Creek. The church’s new owners then changed the name to Hopewell Independent Church. 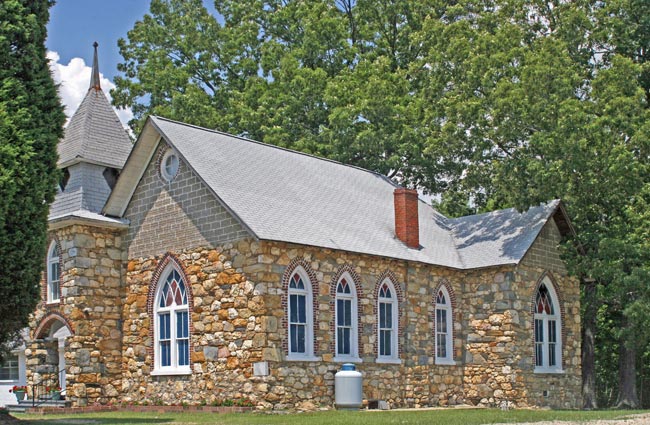 Sadly, the church was deliberately burned some time after the Hopewell congregation took ownership. By 1915 the church had rebuilt, with members doing carpentry work themselves. The congregation changed its name at some point after the 1915 sanctuary was completed, this time to Hopewell Presbyterian. 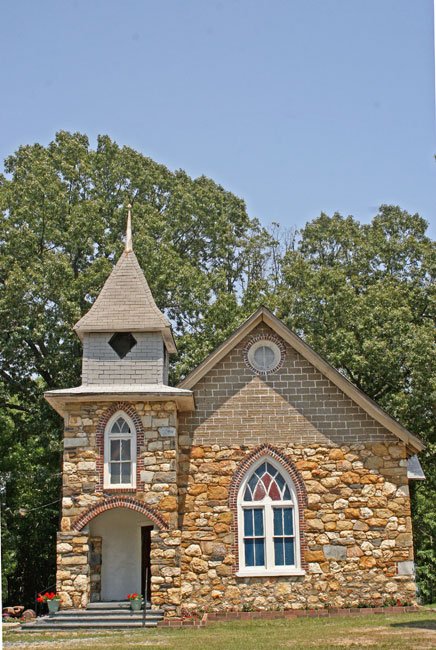 During the Great Depression plans were made to build a more elegant church, this one of local field stone. Members gathered and brought stones from nearby creek and river beds, finally finishing the stone edifice in 1946. Masons and carpenters by trade, the members of the church constructed the entire church themselves, save for the steeple. Hopewell Presbyterian Church is affiliated with the Presbyterian Church in the United States of America (PC-USA).