The grave marker of Captain Moses Rogers, a globally-recognized steamship captain, rests within the churchyard of the old St. David’s Church in Cheraw. Originally from New London, Connecticut, Captain Rogers is credited with the commercial boom enjoyed by Cheraw in the early part of the nineteenth century. Captain Rogers got his start in the maritime industry sailing cargo sloops. He found himself helping inventor Robert Fulton build the North River Steamboat of Clermont (sometimes called simply the Clermont) in 1807, said to be the world’s first commercial steamboat. The North River regularly transported passengers along the Hudson River (then known as the North River) from New York City to Albany, often piloted by Captain Rogers. 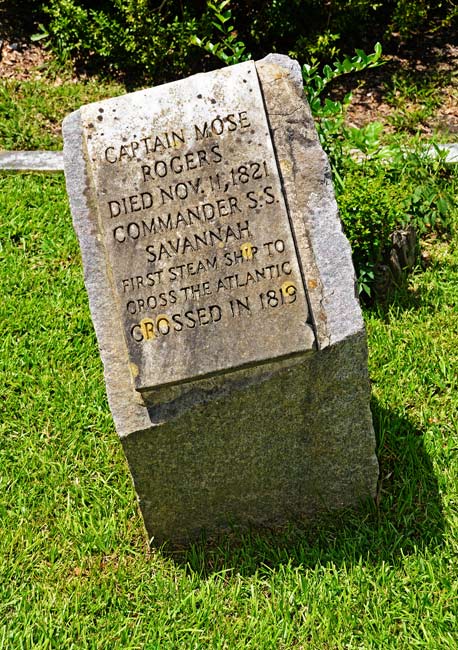 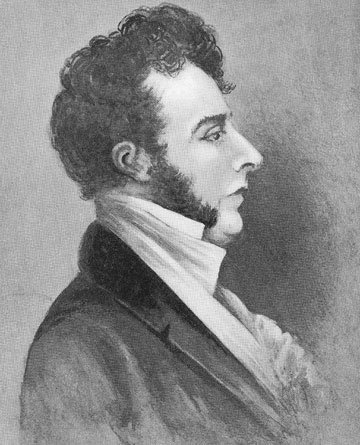 Despite the Savannah‘s success, the owners of the steamship were forced to sell her due to financial hardship incurred by a devastating fire in the Georgia city in early 1820. The venerable Savannah was converted into a sailing vessel before wrecking near Long Island the following year. Following his tenure helming the Savannah, Captain Rogers took command of a small steamboat, the Pee Dee, which he was said to have built or helped build. The Pee Dee transported goods from Georgetown to Cheraw via the Great Pee Dee River. 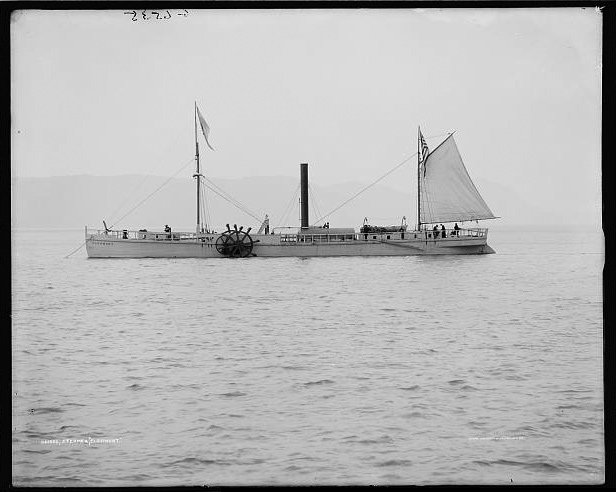 The advent of the Pee Dee meant that goods could be transported in a fraction of the time required by traditional shipping. What had previously been a three-week trip now took between two and three days. Subsequently, commerce flourished in Cheraw, and Captain Rogers was commended for his flawless command of the steamboat that made the economic boom possible.

In early November of 1821, Captain Rogers fell ill on a trip from Cheraw to Georgetown. A local physician diagnosed him with yellow fever, and he remained in Georgetown for over a week to convalesce. Sadly his health declined and he died. Captain Rogers was initially buried at Antipedo Baptist Church in Georgetown but was later reinterred at St. David’s in Cheraw due to his esteemed role in the community. His body was transported back up the Great Pee Dee River – following a route he had so often taken in life.