Market Hall graces the Town Green in historic Cheraw, guarded by the town clock standing sentry across the street. Built in 1837, this steepled building was designed by Irish immigrant and master builder Conlaw Peter Lynch. Lynch also designed St. Peter’s Catholic Church and Old Merchant’s Bank. In fact, he used the same architectural plan for Market Hall as he did for St. Peter’s. (Lynch may also have designed Cheraw’s Town Hall.) 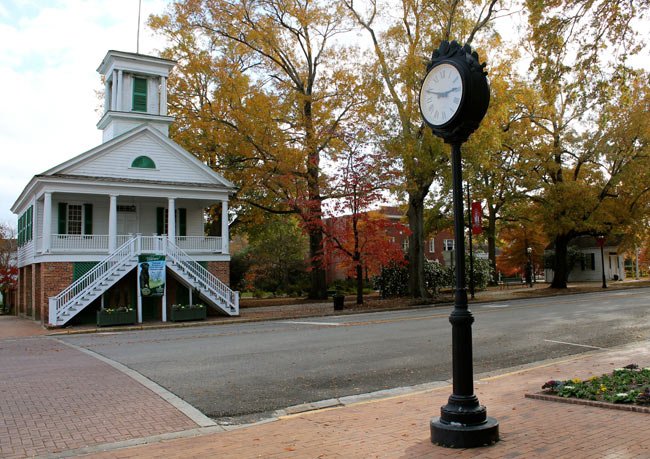 Cheraw’s former Director of Tourism and Community Development, David Sides, tells us that Market Hall is “one of Cheraw’s most significant buildings. Mr. Lynch was also responsible for the design of St. Peter’s Catholic Church, which explains the similarities of the two buildings. The lower portion of Market Hall was originally an open area where traditional commerce transactions took place, and on occasion personal property was auctioned here, including slaves. The upstairs was once used as a court of law, and in the 1940s housed the town’s police department.” 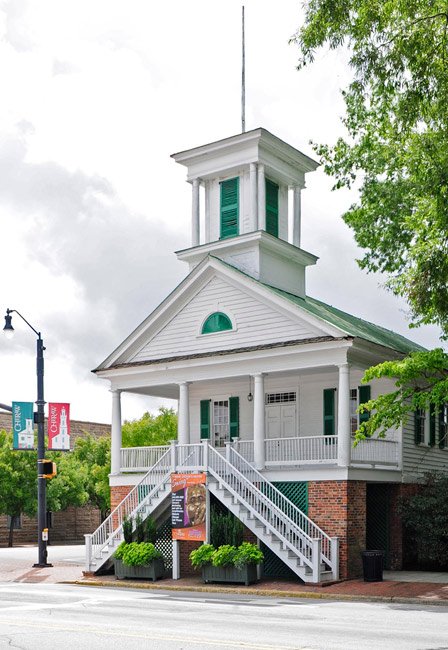 Today the building is used for occasional meetings and for welcoming visitors and guests to the South Carolina Jazz Festival, held in Cheraw the third week of October.

Market Hall is listed in the National Register as part of the Cheraw Historic District: