St. Jude’s Church in Walterboro is a daughter church of St. Bartholomew Parish. The parish was established in 1706 when the Church Act made the Church of England the official church of South Carolina. Parishioners worshiped at the Pon Pon Chapel of Ease in Jacksonboro beginning in 1725, as the Yemassee War of 1715 had disrupted earlier plans for a parish church. A second parish chapel was established in 1745 in the village of Edmundsbury, which sat along the Ashepoo River; Edmundsbury no longer exists. 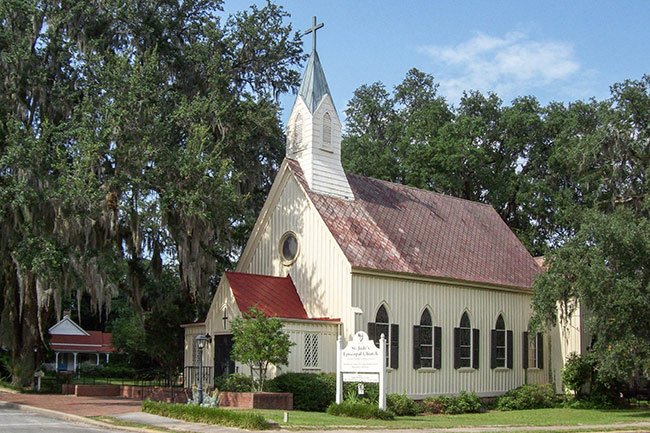 In 1822 a chapel was built in the planters’ retreat of Walterboro, the same year the Colleton County Courthouse was completed. Initially, services were held in the Walterboro chapel during the summer months when planters escaped to the village from their humid and mosquito-ridden rice plantations. Regular services continue at Pon Pon during the remainder of the year. However, in 1832 the Pon Pon chapel was destroyed by natural disaster – possibly fire – and permanent services were moved to the Walterboro chapel. 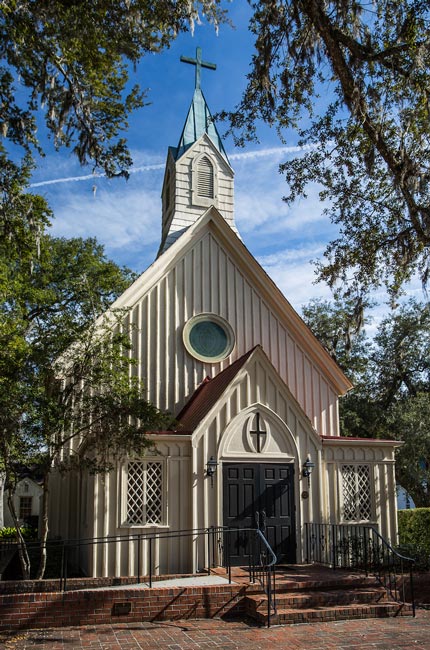 The first Walterboro chapel was located on another nearby site. The congregation grew as year-round residents moved to the village in the nineteenth century, and the present lot was purchased for a new sanctuary. In 1850 renowned architect E.B. White, known for designing such edifices as the French Huguenot Church in Charleston, designed and oversaw the construction of the first Gothic-style church on this site. Called St. Jude’s, the church was consecrated in 1852 and became an independent parish in 1855. 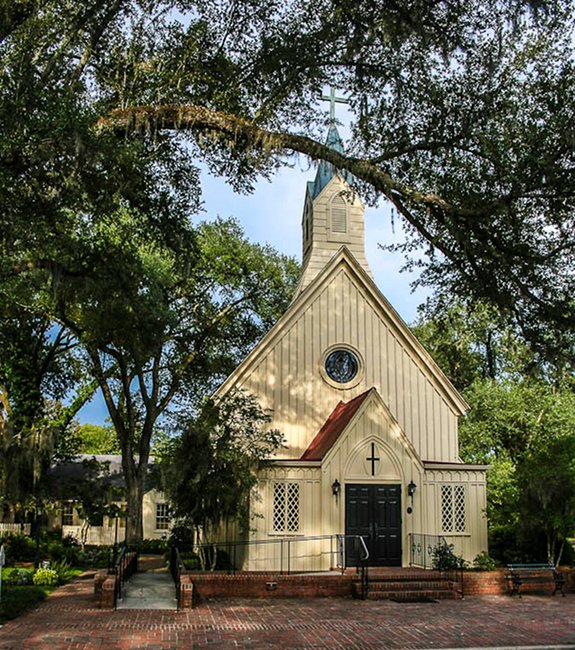 Steven Taylor of Walterboro, 2012 © Do Not Use Without Written Consent

In 1879 a devastating tornado ripped through Walterboro and destroyed St. Jude’s along with three other churches, including St. Peter’s AME. The present sanctuary was built soon afterwards and consecrated in 1882. An addition was built in 1996, and in 2008 a hybrid pipe-and-digital Wicks organ was installed. The congregation is Anglican and belongs to the Diocese of South Carolina.

St. Jude’s Church is listed the National Register as part of the Walterboro Historic District: