Located at the Lowcountry Regional Airport in Colleton County, the Walterboro Army Airfield Memorial Park was established to commemorate the military history surrounding this private airport. The famous Tuskegee Airmen and the Doolittle Raiders were among the many World War II fighters who trained in this rural patch of the Lowcountry during its days as an airbase. 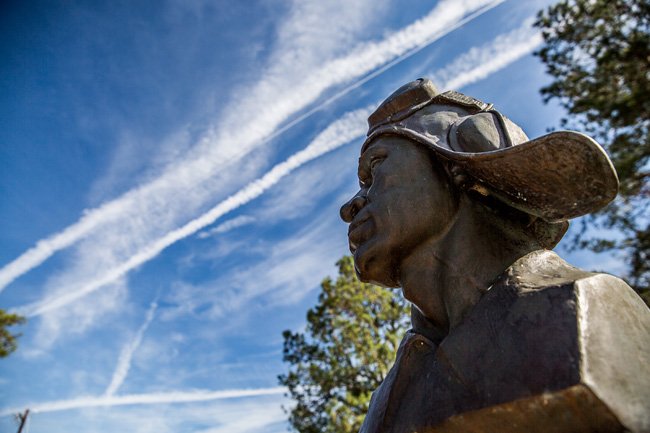 First known as Anderson Field, the airfield developed when the town of Walterboro leased 60 acres of land from C.C. Anderson and cleared three unpaved landing strips on the property in the late 1920s and early 1930s. The field was in operation by 1933, and by 1937 the town was able to purchase the airfield outright. 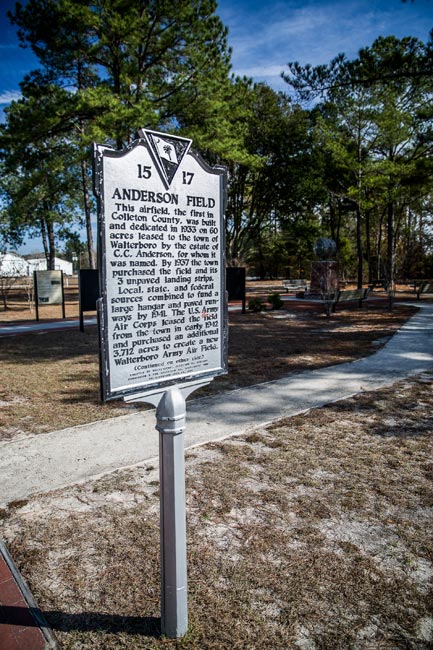 Following Walterboro’s purchase, local, state, and federal government agencies pooled their resources to enlarge an existing hangar and pave the runways in 1941. By 1942 the United States Army Air Corps bought 3,712 acres of surrounding land and leased the airfield from the town, creating the Walterboro Army Airfield. The airfield was the largest sub-base in the 3rd Air Force and served as the last training base for pilots headed overseas for duty. The base housed as many as 6,000 United States military troops as well as hundreds of German prisoners of war during its operation. 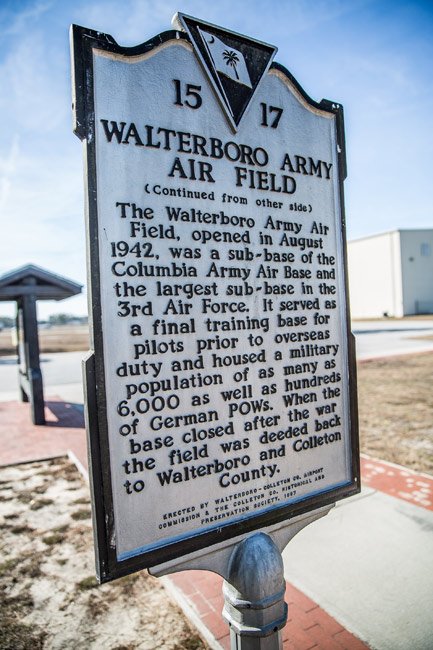 The monument pictured below, erected in honor of the Tuskegee Airmen – the United States’ first African-American military airmen – commemorates the service of the undaunted pilots who engaged in combat training here before being sent into action. In addition to breaking racial barriers in the military, the airmen are honored for their impressive record of escorting American bomber pilots through Germany. Though the legend of the Tuskegee Airmen’s flawless record is just that, the pilots nonetheless are notable for their high success rate in protecting the bomber crews. 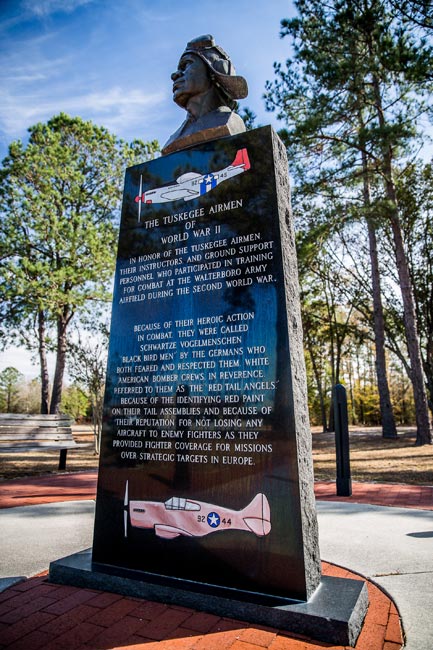 Seen below is the Norden bombsight building, a fortified structure built to house and secure the closely-guarded device when not in use. The secrets of the bombsight – which was developed by Carl Norden – were highly sought-after by the Germans during World War II. The device consisted of an early computer capable of calculating the precise impact point of a bomb, an advanced telescope, and a motor and gyroscope to enable a target to remain in view as the bombsight shifted angles and gained on its target. 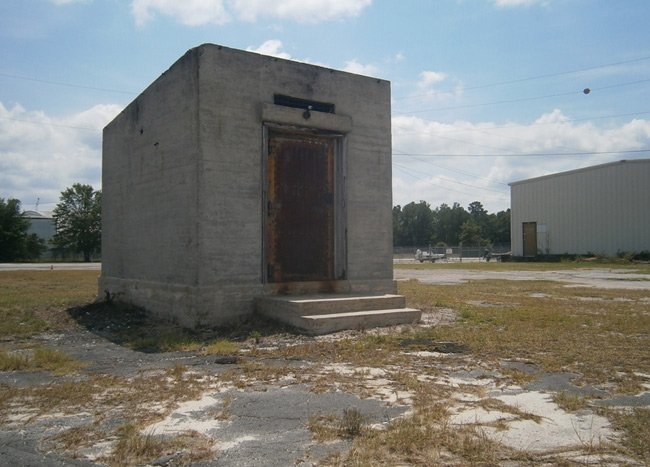 The Norden bombsight was rigorously protected. Whenever the device was to be put into use, armed guards accompanied its removal from the storage house and as well as its return. The bombsight was stored in a zippered bag and handled only by the bombardier. All airbases adhered to the immutable routine. 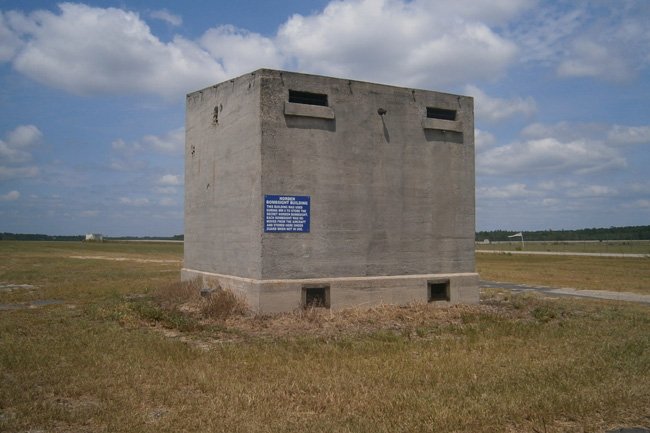 The sign posted on the building above reads, “This building was used during WWII to store the secret Norden bombsight. Each bombsight was removed from the aircraft and stored here under guard when not in use.” 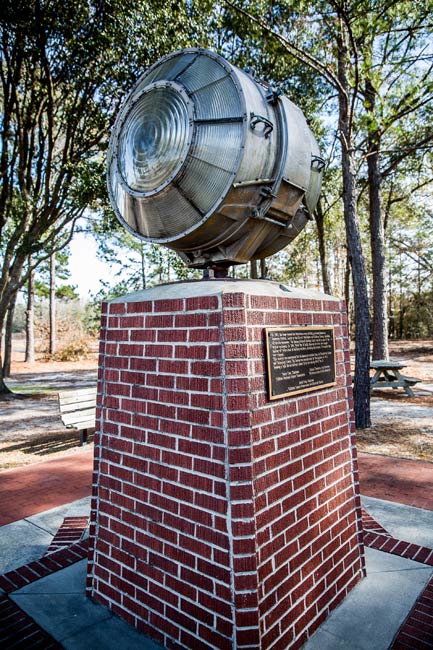 The Walterboro Army Airfield closed after the war in October of 1945. When the United States Army deeded the base back to the town following the war, the airfield’s surplus equipment was included. In 1996 World War II memorabilia collectors from out-of-state were caught attempting to steal items that remained at the airfield following the war. The beacon seen above was among the items taken by the thieves and recovered once they were stopped. Built in 1933 by Westinghouse, this light guided all military planes here during World War II. Students from nearby technical school Thunderbolt Career and Technology Center created a pedestal for the beacon, which now rests as a monument within the Walterboro Army Airfield Memorial Park.