Two local icons can be seen from the middle of East Washington Street in Downtown Walterboro – the water tower and the town clock. 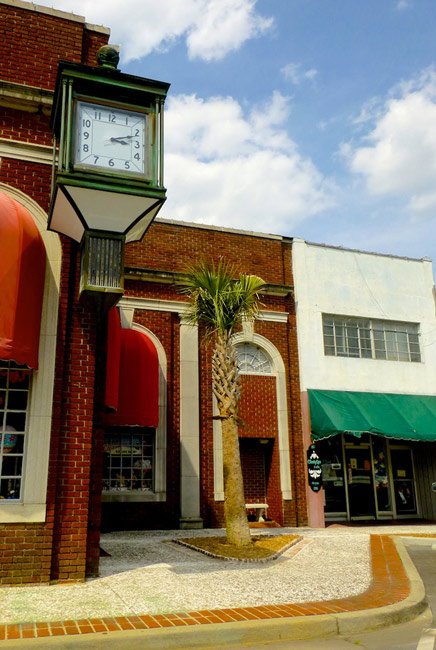 The clock is a type of clock known as a “slave clock.” These types of clocks operate on electric signals received from “master clocks” in a remote location. In the case of the Walterboro clock, the bank building originally housed the master clock. The clock was added to the downtown landscape sometime after the former bank building on which it rests was built in 1902.

The clock had been in disrepair for some time until 2005. Today it runs like clockwork!

Reflections on the Walterboro Town Clock

Photographer Matt Bowen writes: “Walterboro‘s town clock looks like St George’s town clock, and as you see it is on the old Farmers and Merchant’s Bank building.”