The South Carolina Western Railway was significant in bringing commerce to Darlington in the early twentieth century. It proposed to “build a railroad from McBee through Hartsville and Darlington to Florence” and brought travelers to the town as they made their way across the state. 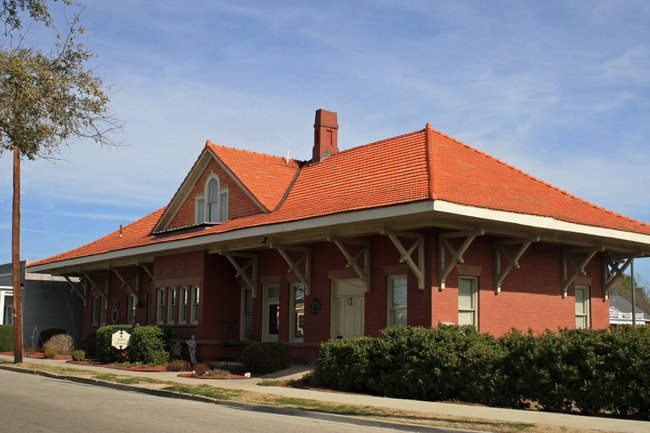 A special bond issue election was called for funding the railroad construction, and in May 1911 the South Carolina Western Railway and depot were completed. The depot was designed and built by African-American master carpenter Lawrence Reese. 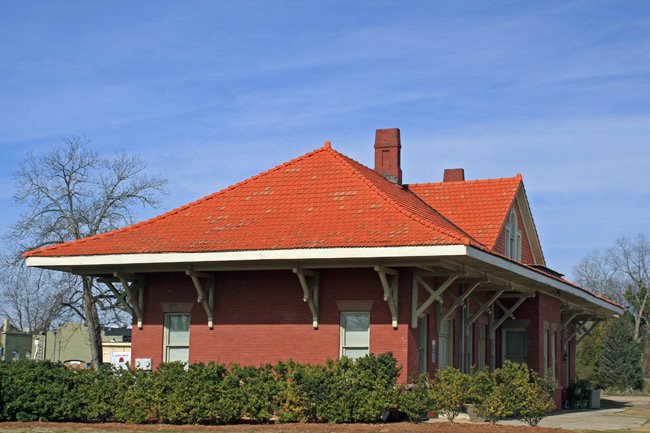 The railway merged with Carolina, Atlantic and Western Railway in 1914 and Seaboard Airline Railway in 1915. It operated successfully for the first half of the twentieth century and was sold in 1963. Today the building is privately owned and used as a business. 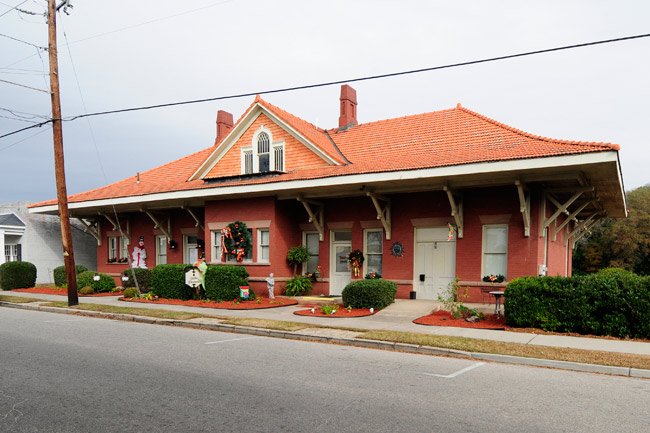 The South Carolina Western Railway is listed in the National Register:

(Seaboard Air Line Railroad Station) The South Carolina Western Railway Station is significant for its association with several railway companies that played major roles in Darlington’s economy in the first half of the twentieth century. The station was completed in 1911. Rectangular in plan, the brick building has projecting rectangular bays at the center of its north and south sides. The hipped roof features a bell-cast profile, red clay tile, and wide bracketed eaves. On the north and south slopes of the roof are intersecting gables, each containing a Palladian window and wood shingle siding. Piercing the roof at the ridgeline are two brick interior chimneys, which are paneled. Windows are double-hung, one-over-one, with sandstone sills and lintels. Doors of the asymmetrical north and south elevations are paneled and have operable transoms.

The South Carolina Western Railway was chartered in Darlington on August 26, 1910. The rail line from McBee to Darlington was open to service on May 15, 1911, and the passenger station was completed shortly thereafter. Lawrence Reese, a black master carpenter who had constructed many houses in Darlington, built the station.