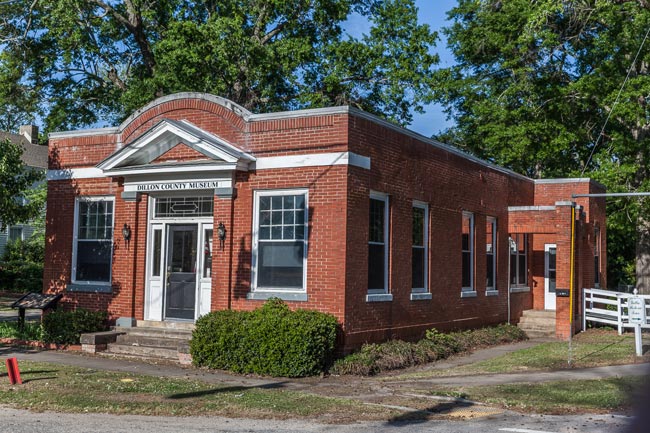 Latta’s history dates back to 1887 when a railroad was established in the Pee Dee town. The Atlantic Coast Line Railroad built a route from Wilson, North Carolina to present day Florence, creating a stop in Latta. When the town received its charter in 1890, it was named for Captain Robert Latta of York County, who helped design not only this stretch of the ACL but also the town itself. Below, a restored caboose sits behind the museum as a tribute to Latta’s early railroad days. 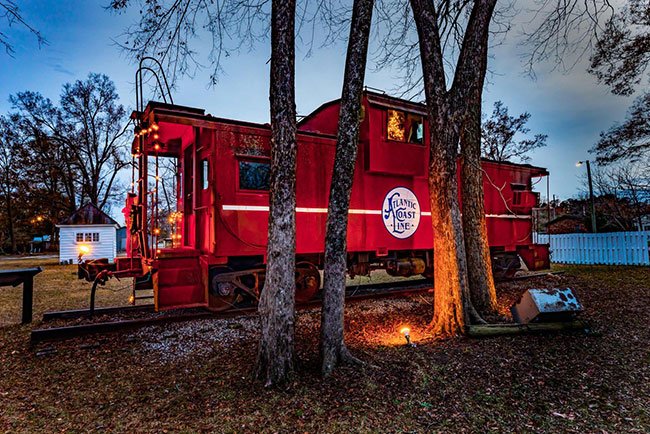 The Dillon County Museum is listed in the National Register as part of Latta Historic District #1 and called the Edwards Dentist Office:

Latta Historic District #1 consists of approximately fifty-five properties which define and contribute to the character of the historic district. All of the properties were constructed between ca. 1890 and ca. 1930. The district is primarily residential, mostly one- to two-story frame residences with late Victorian era details. The district contains several fine local interpretations of late Victorian era construction styles.

In addition, the district has examples of local usage of neo-classical details and more sophisticated examples of the Neo-Classical style. Early twentieth century bungalows illustrate the development of the area during the early century. The district also contains the Latta Public Library, the Latta Methodist Church, the Latta Baptist Church, and a few commercial buildings, most notably the Fairey Agency and Dr. L.H. Edwards dentist office. The library, the first in the county, is a town landmark and is architecturally important to the town as the work of Wilson and Sompayrac, Architects, of Columbia.

Reflections on the Dillon County Museum

Contributor Tammy Craven shares of her above photo: “This train car is located behind the museum on Main Street. Latta is where I lived as a child. I have a lot of fond memories of the area.” 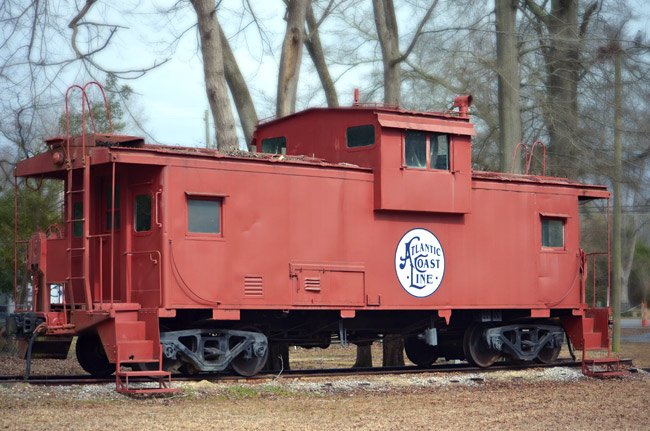 Tammy L. Craven of Charleston, 2015 © Do Not Use Without Written Consent