The Old Town Hall in historic Summerville is the oldest remaining public building in this community, affectionately called Flowertown in the Pines. In 1860 the town elected Robert Limehouse as intendant, or administrative leader. Limehouse purchased the lot from Hester and Mary Nettles that same year and immediately built this town hall along with a jail behind it. The jail was later destroyed by fire. 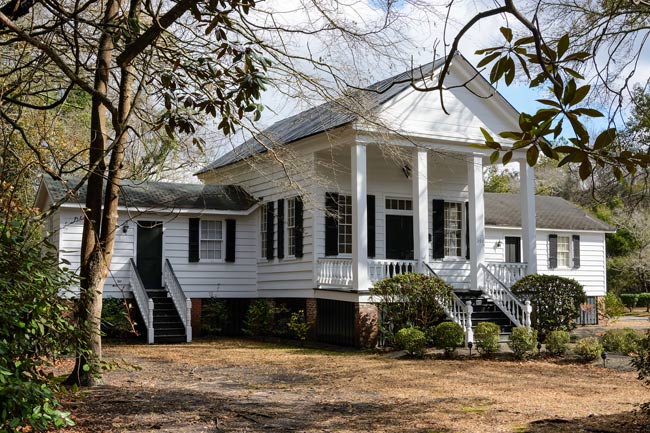 Local lore says that at the end of the Civil War, a band of deserters from both the Confederate and Union armies raided towns throughout the Lowcountry. Summerville Town Council was in session at Town Hall one evening during this time – armed with shotguns, as was the norm. When the wardens, or councilmen, heard that the band of marauders was headed their way, they took to the street, awaited the trespassers, and fatally shot a member of the looting band. He is said to be buried across the street – near the former site of a public market – and the town had no further problems with invaders. 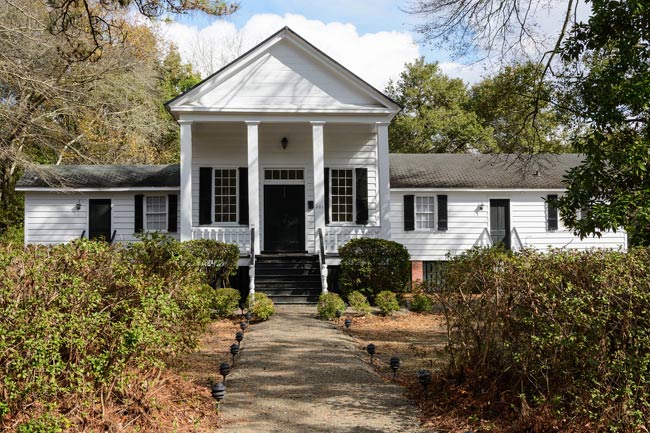 The town’s name originates with planters who lived along the Ashley River and made the village a summer retreat prior to the Civil War. Summerville grew quickly towards the end of the nineteenth century as merchants from Charleston made the burgeoning town their home. Around this time Summerville established a reputation as a resort village, attracting wealthy Northern industrialist looking to winter in warmer climes. Desirable hotels began to open, including the famed Woodlands Inn, which boosted the local economy as well as the population. 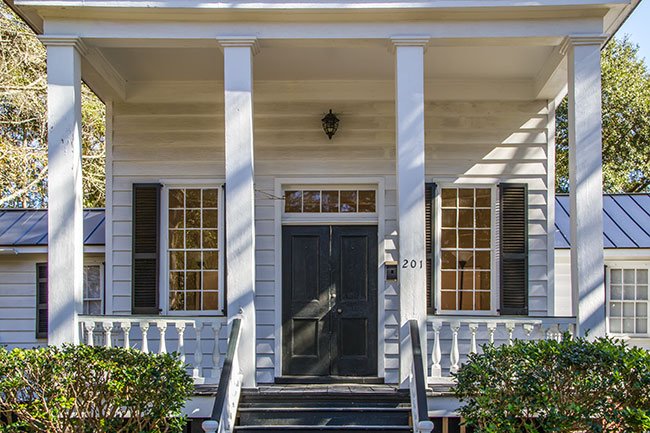 As a result of subsequent growth, Summerville built a larger town hall on the square, leaving the first town hall building in the Limehouse family. The building then became a residence and remained with the Limehouses until it was sold in 1948. The wings were not added until 1947, and it originally included a cupola. 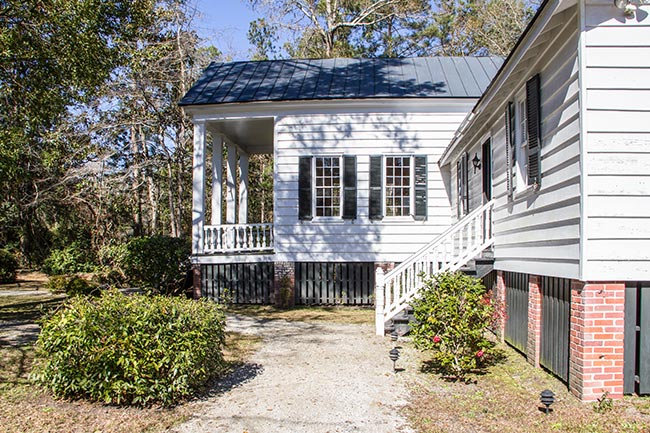 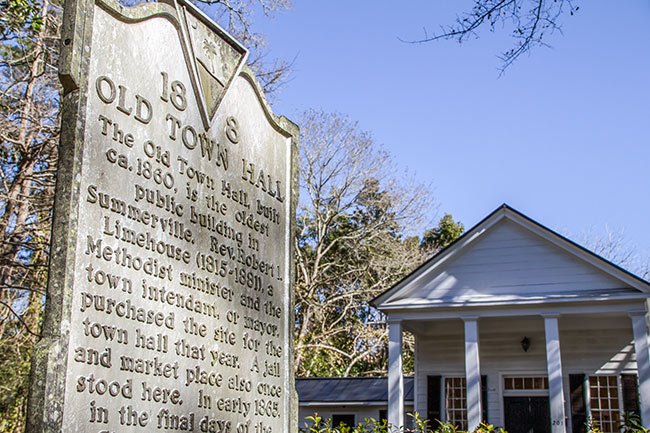 The Old Town Hall is listed in the National Register as part of the Summerville Historic District:

Summerville originated as a pineland summer refuge for low country planters. Originally the streets were laid out without any plan and winding roads still characterize the oldest section of town. This “old town” lies in the southwestern portion of the historic district and contains about two thirds of the land and half the structures of the district. The South Carolina Canal and Railroad Company laid out the more regular “new town” in 1832. Streets run parallel and at right angles to the track laid in 1830-1831. The “old town” and that portion of the “new town” were incorporated into the village of Summerville in 1847. Following the Civil War, wealthy northerners began wintering there. The town’s designation in 1887 as a health spot gave it an impetus as a resort, which was not lost until the Depression of the 1930s.

There are approximately seven hundred structures within the nominated area; about 70% predate World War I. Uniting the different building styles of the town is a common sensitivity to the natural setting and to the local landscaping traditions reflected in streetscapes, parks and gardens. Raised cottages, Greek Revival influenced, and Victorian/Queen Anne and other turn of the century structures are found throughout. Antebellum buildings are principally located in the southern and western areas. Churches are located in the center of the district, and the commercial buildings—most dating from around 1900—are located on either side of the town square in front of the present town hall, which faces the railroad. Additionally, Summerville has been the center for azalea culture and there is a variety of azaleas popularly named “The Pride of Summerville.”