This structure has stood in rural St. George for over a century. Built as a schoolhouse for local white children in 1915, it stands as a testament to the strength of cypress and pine, its main components. 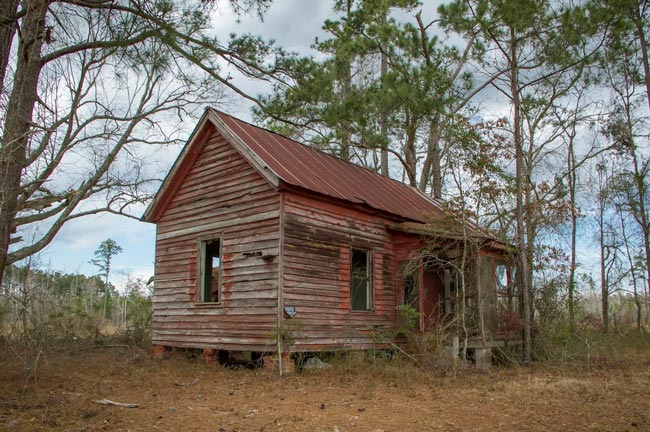 Grant Mishoe of Summerville, who introduced us to this site, elaborates on the history of the building. Called Pine Grove School, he says it is the “oldest example of country school architecture in Dorchester County.” 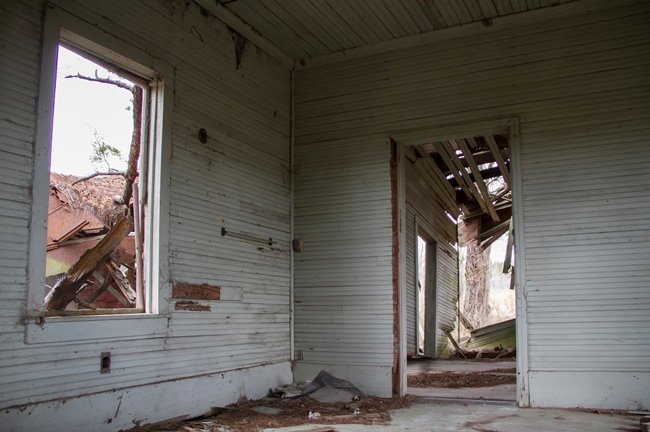 Mishoe goes on to note that the building rests on 18 large squared brick piers. He writes, “The teachers were Miss Eddie Sweet of St. George from 1915 through 1921, Miss Ida (sometimes recorded as Ada) Crider of St. George from 1922 through 1924, and Mrs. Carrie Smoak Berry of St. George from 1925 through 1929. The school closed before the 1930 school year as other consolidated, larger, and ‘more modern’ schools were built. It has been used as a dwelling sometime in its 100 years. A porch has been added to the back. Most of it and the right rear and chimney have collapsed in on itself. It is in a very rural location on private property.” 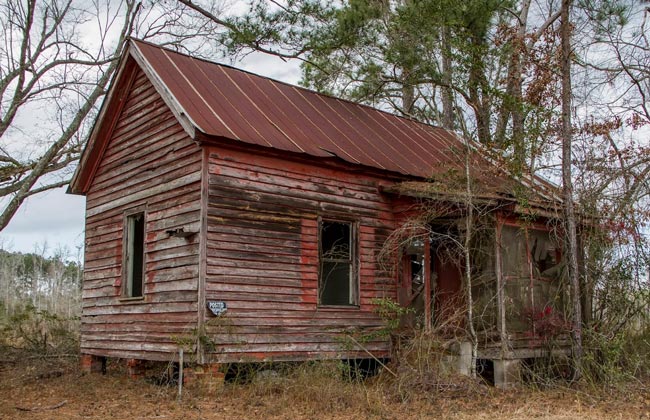 We would like to make this page better. Do you have information about the Pine Grove School that you can share? If so, please send it to the South Carolina Picture Project. Thank you! 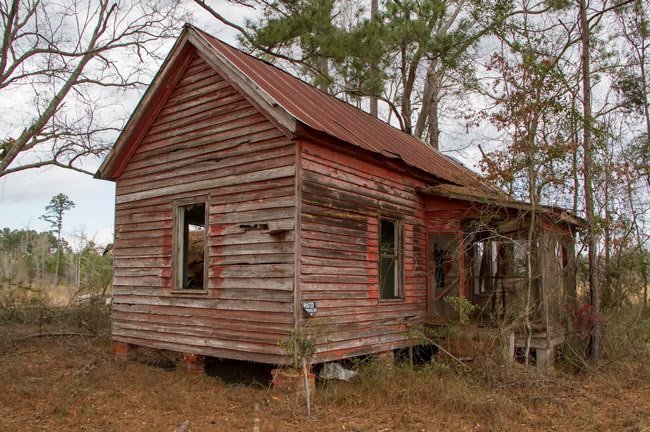 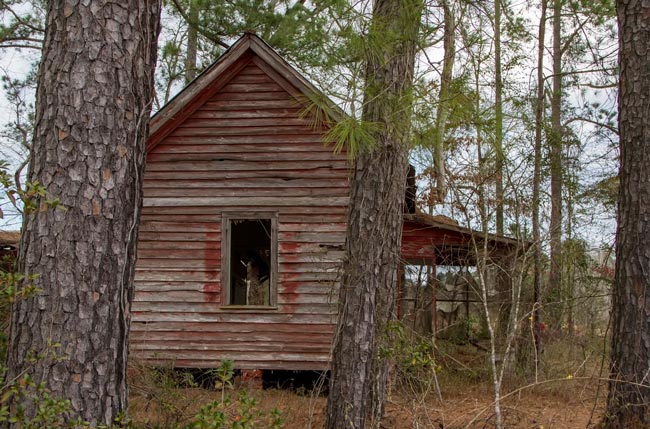 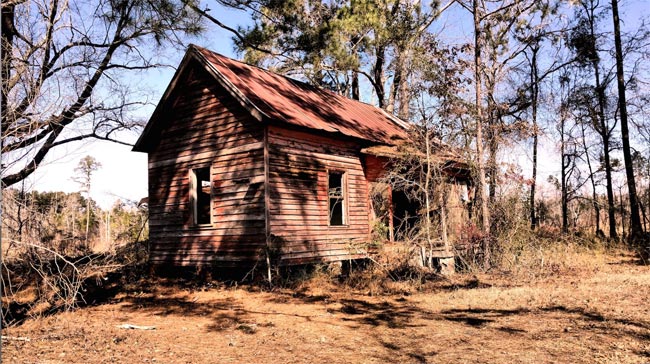 Grant Mishoe of Summerville, 2016 © Do Not Use Without Written Consent