This nineteenth century revival camp in rural Dorchester County dates to around 1880 and is similar to other religious camps in the area. While nearby Indian Field and Cypress Methodist campgrounds stem from white Methodist churches, the St. Paul Campground in Harleyville was born of the African Methodist Episcopal (AME) Zion denomination. 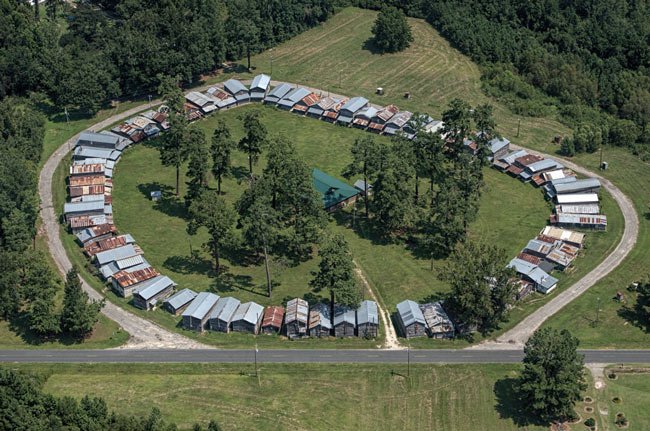 Larry Gleason, Aiken Aerial Photography, 2014 © Do Not Use Without Written Consent

The camp was established in the late nineteenth century, a time when religious fervor expressed in the community gathering of a revival was highly popular. Trustees of nearby St. Paul AME Zion Church purchased 113 acres of land for the purpose of establishing a campground for a week of spiritual focus and celebration. While some of the acreage has been parceled and sold over the years, the church still owns most of the original property. Camp meetings, as the revivals are now called, occur the third week of October each year. 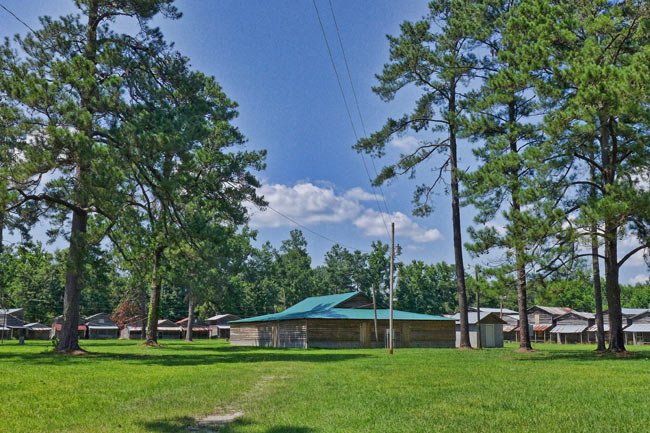 Like the aforementioned campgrounds, St. Paul Campground is comprised of cabins, or “tents,” arranged around a central open-air tabernacle. The St. Paul’s tabernacle can be seen above, while tents are pictured below. Families stay in the tents for the duration of a week and attend worship services within the tabernacle. Typically, tents are passed down through families. St. Paul Campground has 54 tents along with two stores occupying places in the circle – sites 2 and 47. 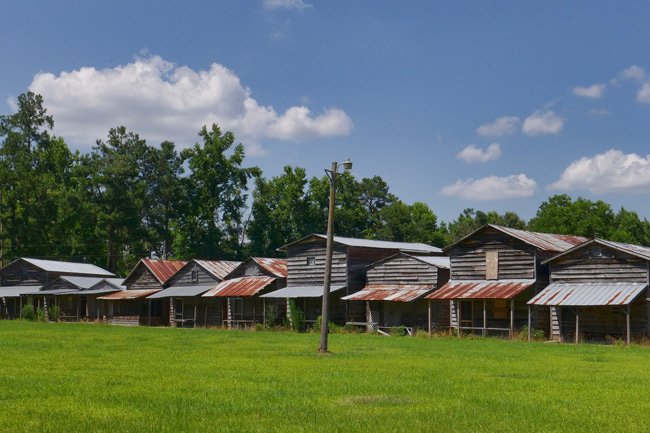 The tents are primitive, with hay strewn on the ground for floor covering and a sleeping loft over the main room below. Most of the tents at St. Paul have been restored at some point over the years, some displaying modern conveniences such as a screened porch. However, people are encouraged to be out in the camp community for fellowship and only in their tents for meals or sleeping. Restrooms exist in the form of privies erected behind the tent circle. 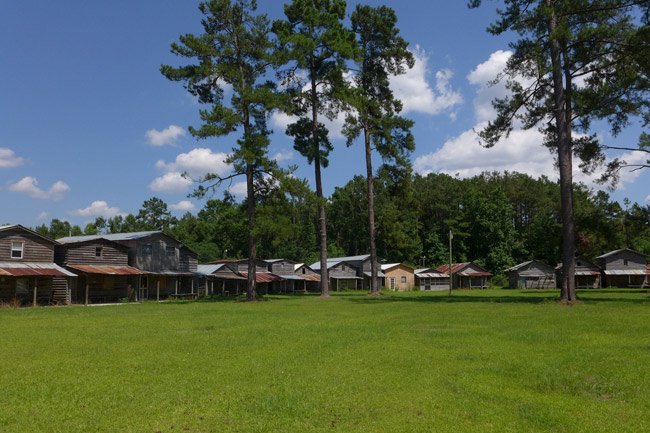 St. Paul Campground is listed in the National Register:

(St. Paul A.M.E. Zion Camp Ground) St. Paul Camp Ground is an excellent example of a Methodist camp meeting ground. It contains the buildings common to such properties in South Carolina: a tabernacle, tents, stores, and privies. However, this campground, believed to have been established ca. 1880, was organized by African-Americans belonging to St. Paul A.M.E. Church. The buildings and grounds are used for one week each year (at St. Paul, the week ending the third Sunday in October). The tabernacle is a one-story building clad in rough-sawn weatherboard, with a gable-on-hip roof of V-crimped metal. There are no windows; two entryways, without doors, are evenly spaced at each side.

There are 54 tents, two stores, and a storage house on the numbered sites at St. Paul Camp Ground. Twelve sites are vacant. Most of the tents have been rebuilt over time, but retain the style of the earlier structures. The two stores are an integral part of the campground. The one-story frame buildings occupy spots in the circle. The storehouse is a one-story gable roofed building similar to a tent. The privies, in accordance with campground rules, are behind the tents, outside the paved ring road. Privies are ephemeral structures, frequently replaced or moved, but most are small frame structures with a rear-sloping metal shed roof, weatherboard siding, and an entry in the side facing the tents.