Built in 1869, Wesley United Methodist Church is a Reconstruction-era church in downtown Summerville with a primarily black membership. Following the Civil War, many former slaves, suddenly free to worship where and how they pleased, formed their own churches. As a result, the South is populated with numerous black churches that organized shortly after the war ended. 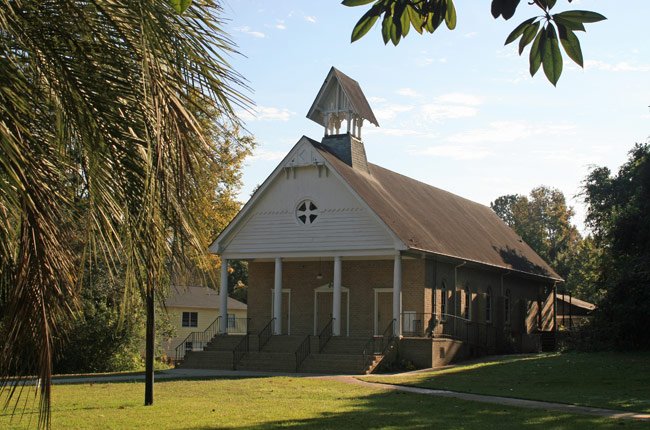 Additions to Wesley United Methodist were built in the early twentieth century, and brick veneer was added in 1980. The church remains an active, visible part of the Summerville community and even shares its sanctuary with a new church, the Episcopal Church of the Good Shepherd, which rents space from Wesley UMC. The church is also known for its famous fish sandwiches that members cook behind the education building and sell to pedestrians as a missions fundraiser during the town’s annual Flowertown Festival in adjacent Azalea Park. 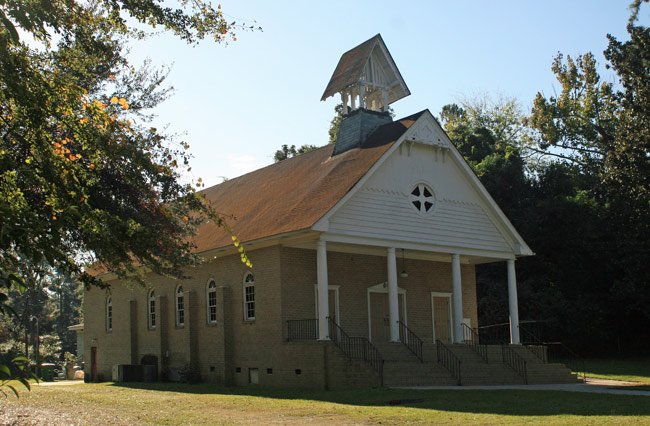 Wesley United Methodist church is listed in the National Register as part of the Summerville Historic District:

Summerville originated as a pineland summer refuge for low country planters. Originally the streets were laid out without any plan and winding roads still characterize the oldest section of town. This “old town” lies in the southwestern portion of the historic district and contains about two thirds of the land and half the structures of the district. The South Carolina Canal and Railroad Company laid out the more regular “new town” in 1832. Streets run parallel and at right angles to the track laid in 1830-1831. The “old town” and that portion of the “new town” were incorporated into the village of Summerville in 1847. Following the Civil War, wealthy northerners began wintering there. The town’s designation in 1887 as a health spot gave it an impetus as a resort, which was not lost until the Depression of the 1930s.

There are approximately seven hundred structures within the nominated area; about 70% predate World War I. Uniting the different building styles of the town is a common sensitivity to the natural setting and to the local landscaping traditions reflected in streetscapes, parks and gardens. Raised cottages, Greek Revival influenced, and Victorian/Queen Anne and other turn of the century structures are found throughout. Antebellum buildings are principally located in the southern and western areas. Churches are located in the center of the district, and the commercial buildings—most dating from around 1900—are located on either side of the town square in front of the present town hall, which faces the railroad. Additionally, Summerville has been the center for azalea culture and there is a variety of azaleas popularly named “The Pride of Summerville.”