The rural community of Blair in Fairfield County can be found halfway between Winnsboro and Newberry. Its population is not quite 1,500. Columbia, roughly 45 miles away, is its nearest big-city neighbor. 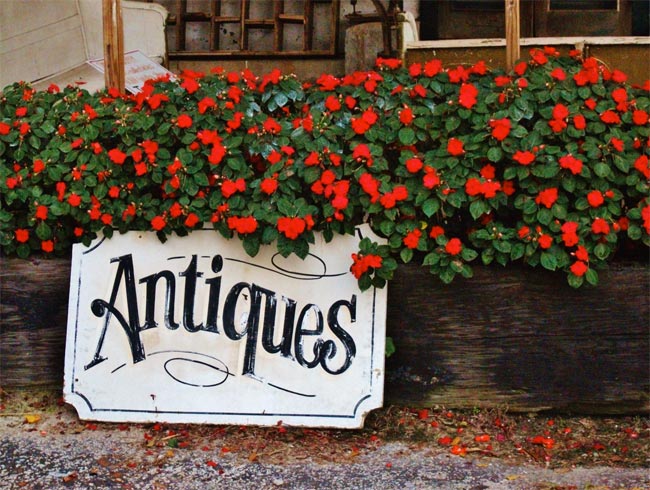 Teri Leigh Teed of Camden, 2009 © Do Not Use Without Written Consent

While most of the town’s businesses are no longer open, Blair is home to the Blair School of Realism, headed by airbrush artist Dru Blair. His 100-acre campus, which sits within the Sumter National Forest, provides housing for students who travel from all over to attend his workshops. 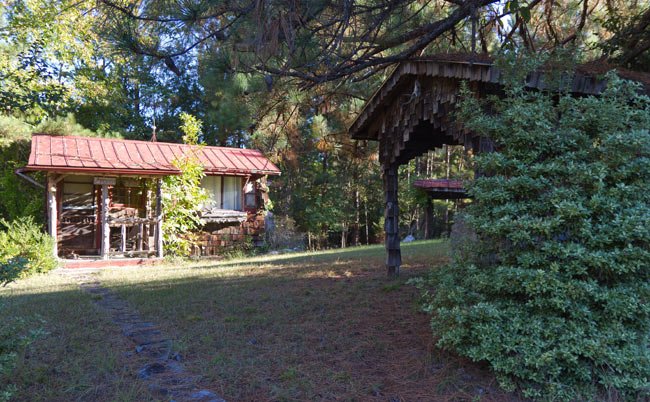 Blair’s main industry is granite mining. Several locals are employed at Vulcan Mining Company, which supplies granite for both roadway and railway use. A similar operation once existed at the nearby Kincaid-Anderson Quarry. 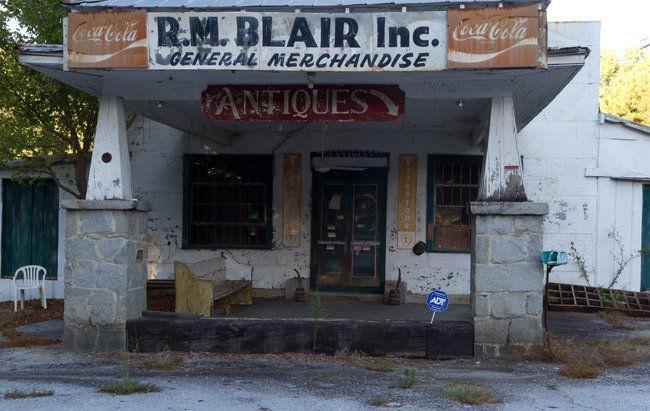 The rest of Blair is as quiet as the pine forests surrounding these old buildings. The Blair General Store was owned by Ray Blair. Mr. Blair was not only the town merchant but also served on the Fairfield County school board. The building burned twice and was rebuilt both times. 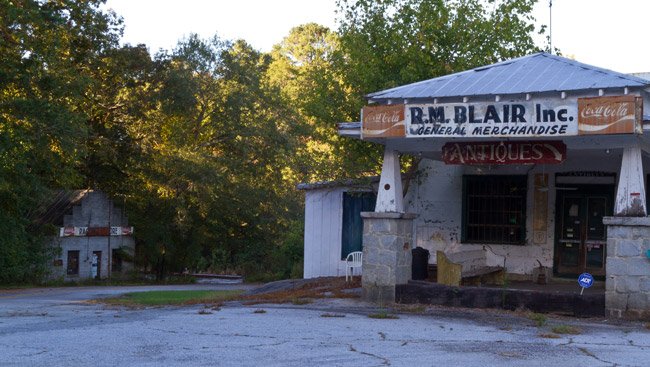 Farming sustained this small town in earlier years. Its location on the Broad River made it a stop for farmers both bringing in produce and shipping it out. 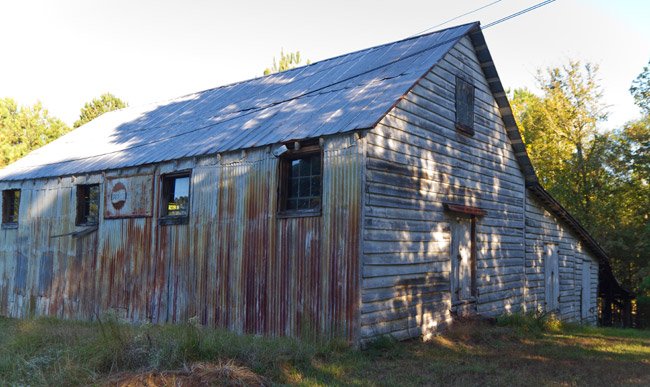 Both a public library branch and a post office serve residents of Blair. However, most people travel to nearby Newberry to meet their commercial needs. 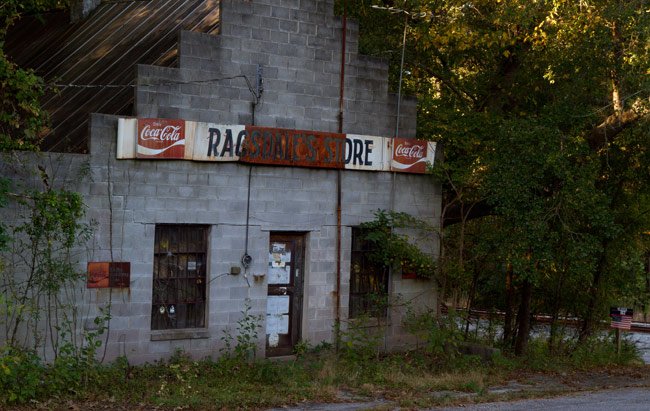 Many thanks to South Carolina Picture Project contributors Teri Leigh Teed and Jim Jenkins, not only for their photos but for their information on Blair. 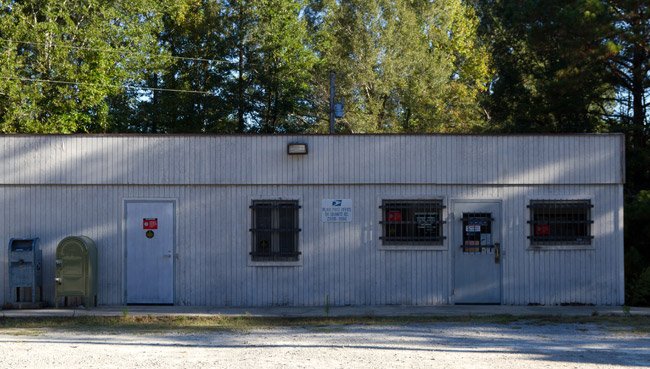 Contributor Teri Leigh Teed, who took the top photo on this page, describes Blair as follows: “Once the main river ferry point for farmers bringing their crops to the Blair General Store, Blair is now a sleepy village home to an artists’ school headed by world-famous airbrush painter extraordinaire, Dru Blair. Perched on the edge of the Broad River, Blair is a quiet, reflective place surrounded by forests and a great place for a stop of a Sunday afternoon drive in the fall.”