The Old Police Station in Ridgeway has been described as the world’s smallest and now houses a tourist-information booth. The rear portion of this tiny building was once a water well for the mules of local farmers. While the well was built in the 1890s, the structure was restored as this police station in 1940. The ten-foot-by-twelve-foot building continued to serve the small town, which has a population of around 300, until 1990. Today the Ridgeway Police Station stands next to this historic building. Though also small, the new station does not threaten to take away its next-door-neighbor’s title of world’s smallest police station. 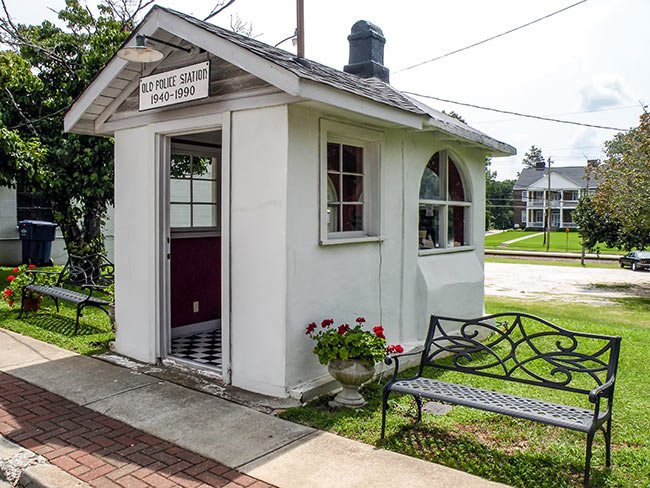 The Ridgeway Police Station is listed in the National Register as part of the Ridgeway Historic District: