In 1785, South Carolina’s General Assembly approved a public market in the Town of Winnsboro (then spelled Winnsborough) in Fairfield County. The square, wooden structure was painted yellow and topped with a bell tower (1). In the 1820s, Robert Cathcart purchased this original market and, in return, donated land along Washington Street that had once a duck pond (1). 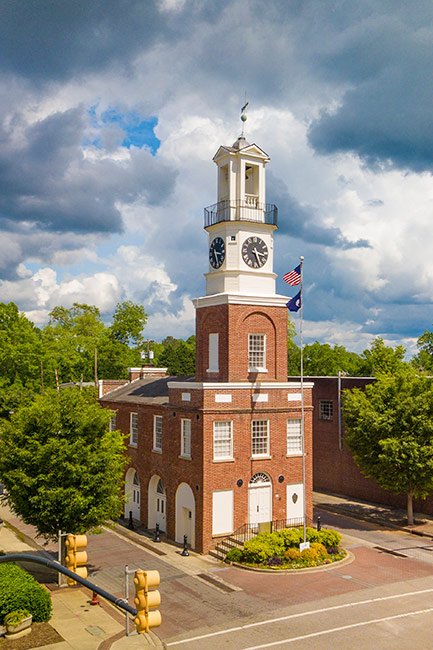 Winnsboro’s Town Council accepted this donation and again petitioned legislature for a public market (1). The petition was granted, but the state stipulated that the new market be only 30 feet wide (1) – giving it a striking resemblance to Independence Hall in Philadelphia. This second market’s brick edifice also featured a town clock (1). 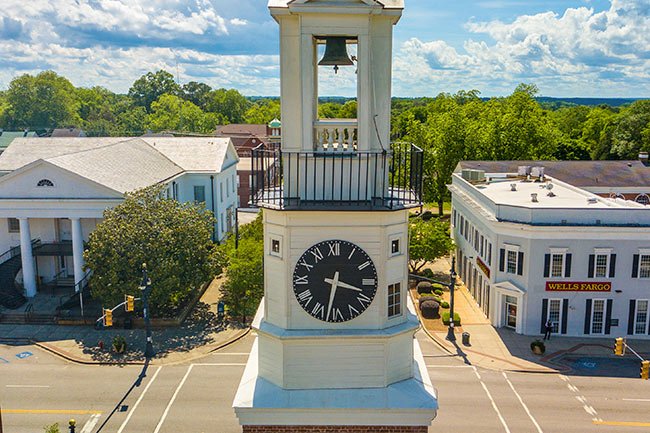 In 1837, Colonel William McCreight, the intendant (mayor) of Winnsboro, ordered the clockworks (1). These arrived in Charleston via sail from Alsace, France, and were then carried to Winnsboro in wagons (1). The clock’s fine craftsmanship has withstood the test of time for over a century, making it the longest continuously running clock in the United States (1). 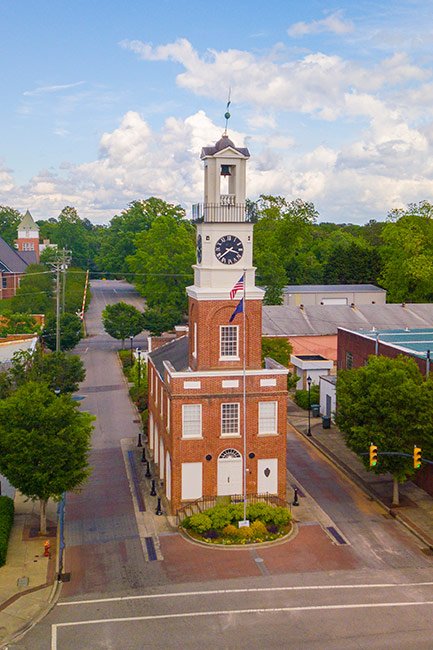 The present tower was erected in 1875 by John Smart, a local African-American carpenter, and his iteration was crowned with a bell, also made in France (1). In days of old, the bell atop public markets rang when fresh meat arrived (1). In 1895, two townsmen struck the bell so vigorously during a fire that it cracked and had to be sent to J. McShane in Philadelphia for repairs (1). 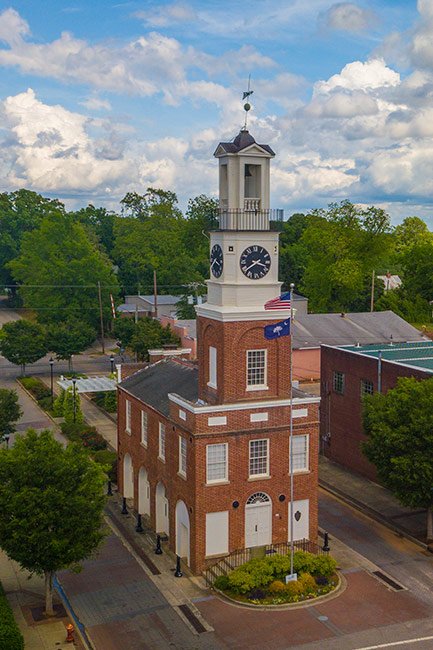 The ground floor of the building that once served as Winnsboro’s public market is now used as meeting space for various organizations. The upper floor is home to the Fairfield County Chamber of Commerce.

Below is a painting of the Winnsboro Town Clock that was executed by Gene Brigman. Gene writes: “Town Clock Remembered is an acrylic on canvas painting finished in April of 2007. Having called Winnsboro home for most of my 60 years, I remember that this town clock was the focal point. I’ve heard all of my life that this is the oldest continuously running town clock in the US. I don’t know if it’s true, but true or not, outside of my family, it is one of the strongest memories of growing up in Winnsboro.” 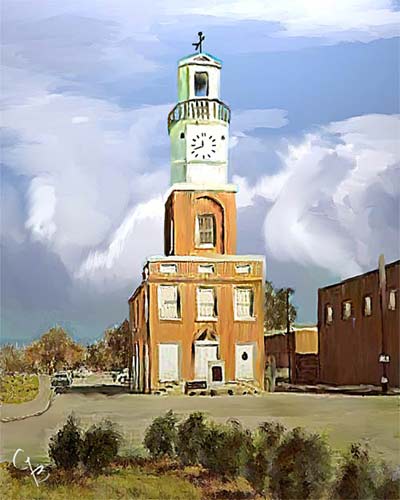 Gene Brigman of Lexington, 2007 © Do Not Use Without Written Consent