The cotton plantation of J. Eli Gregg occupied part of what is now the campus of Francis Marion University in Florence. Gregg built his grand home (now the residence of the university’s president) in 1836 – the same year he acquired the property from his father, John Gregg. Included in the 1836 development of this vast acreage was a slave street, or two rows of hand-hewn cabins built by slaves for their residences. A plat from 1870 shows eight such cabins on the Gregg property; after Emancipation they became the homes of former slaves who remained with the Greggs to work for wages. Two of these cabins remain, though not in their original location. 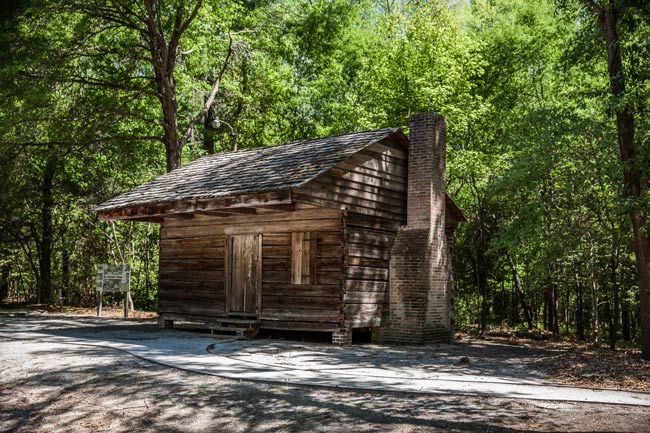 The material used to construct these cabins is longleaf pine (Pinus palustris). The hewn timber cabins exhibit fine craftsmanship, as seen in the precise dovetailing. The slaves who built these cabins also knew to allow resin to seep through open spaces in the pine to create a natural protection of the wood. The timber of these cabins has never been treated. This indicates that the slaves who worked on Gregg Plantation were skilled artisans. 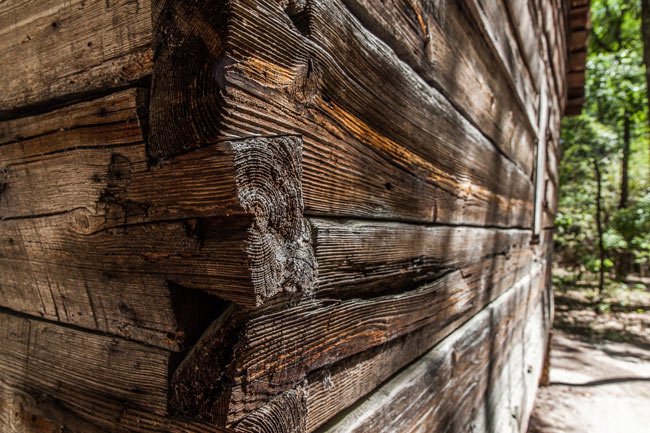 During Reconstruction, many African-Americans remained with the Greggs to work the cotton fields, this time as tenant farmers. Most of the cabins were moved in the 1870s to different locations on the Gregg property. Their occupants also built additions onto the cabins to house large families; during slavery, up to fourteen people lived in the tiny structures. 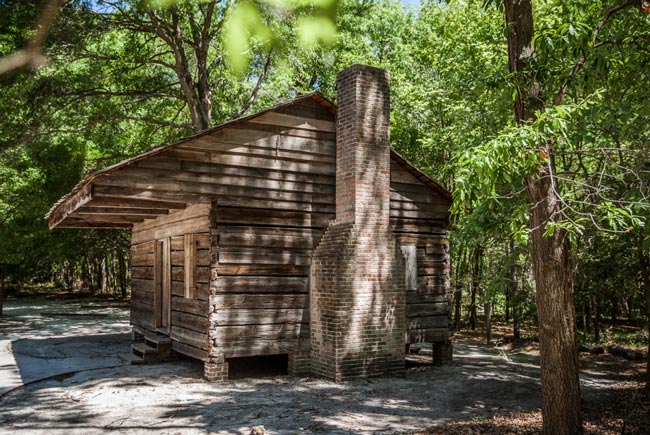 A 1929 payroll shows that descendants of the Greggs, the Wallaces, paid very low wages for hard labor. One former resident of a cabin pictured below was Tena Waiters, who made only 60 cents a week for working the fields from sunrise to sunset. By contrast, most of the men were paid $4.40 per week – while that may sound better, it was still less than 75 cents a day. To put this into perspective, $4.40 per week in 1929 equals $60.27 per week in 2014. Assuming that the former slaves worked six-day weeks, they made roughly $10.05 per day in 2014 dollars. As a comparison, American farm workers today bring in roughly $80 per day for the same 6-day week, with their average hourly rate still being 32 cents below the poverty line. 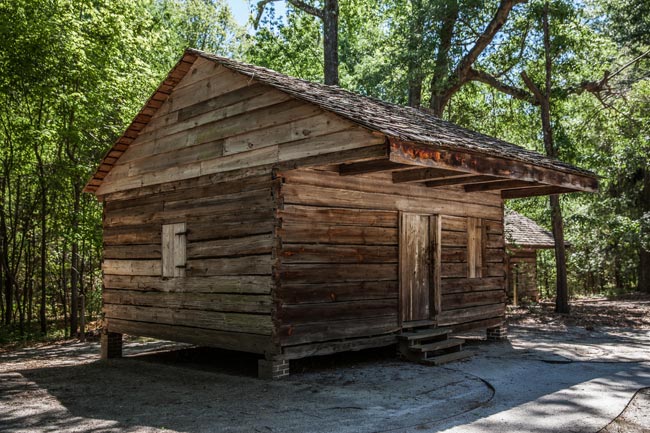 The two cabins shown on this page were occupied until the 1950s, when Catherine Waiters and her husband, Archie, bought a nearby home and left the cabins vacant. The Waiters family had lived in both of the remaining cabins before buying a home.

When the former University of South Carolina at Florence became Francis Marion College in 1970, the remaining two cabins were moved to their current location in 1971 to make room for campus construction. The cabins were also reconstructed to their original size, with the additions removed, to show how slaves lived. One of the cabins was destined for the Smithsonian until Hurricane Hugo damaged the roof in 1989; the roof was restored, and both cabins remain with Francis Marion University as a testament to life as a slave on a cotton plantation. Another cabin from the Gregg estate, the Gregg-Wallace Tenant House, remains on its original site and is not affiliated with the school.

The Hewn Timber Cabins are listed in the National Register as Slave Cabins, Gregg Plantation:

These two log houses were built before 1831 to house slaves on the Gregg Plantation. They were among seven [sic] houses of similar construction placed on opposite sides of a “street” leading to the plantation house. After the Civil War the houses were moved to a different area of the same plantation, where the residents took up farming for wages and subsistence. The houses were occupied until the early 1950s. These former slave houses, originally almost duplicate in design, illustrate the early practice of mass production of unit dwellings.

Black craftsmen and artisans, using the same craftsmanship that went into elegant plantation owners’ houses, did much of the skilled labor in Southern plantation buildings. The craftsmanship shown in these dovetailed, hewn logs is usually not attributed to work found in slave dwellings. These small houses incorporate many of the same architectural elements found in larger Southern homes. The open front porches covered by roof overhang and supported by pillar posts, the gable roofs, and rear additions are all typical of the region. These houses were moved sometime before 1870, and again in 1971 for the construction of the Francis Marion University Library. Today both houses stand in an uncultivated field at the edge of the woods.