One of the most illustrious figures in the history of South Carolina was Lake City native Dr. Ronald E. McNair. Though McNair is widely remembered as one of the seven astronauts killed in the January 28, 1986 explosion of the space shuttle Challenger, he led a distinguished life on the ground as well. In addition to logging 191 hours in space on the Challenger‘s February, 1984 mission, McNair was a renowned laser physicist, a fifth-degree black belt and karate champion, saxophonist and composer, and husband and father. The below park and museum honor the life and many accomplishments of Dr. McNair, who was 35 when he died. 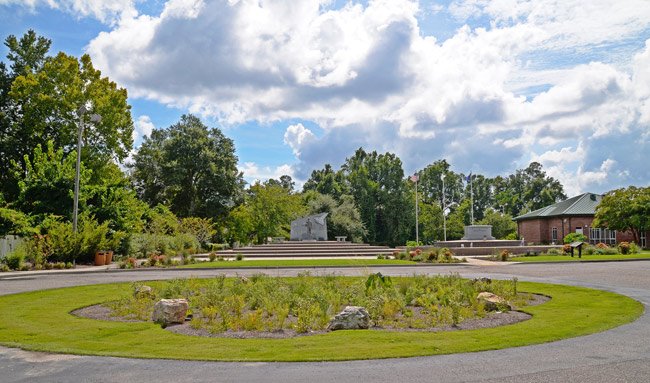 Planning for the Dr. Ronald E. McNair Memorial Park in the astronaut’s home town began in 1989 as a collaboration among the Ronald McNair Committee, a community organization dedicated to opening a McNair museum; the City of Lake City; and the Lake City Library Board. The city broke ground on the park in 1991, and it was dedicated on February 11, 1992, eight years to the day of McNair’s completed mission as a specialist on the Challenger‘s first landing at Kennedy Space Center. Three years later, a life-sized bronze sculpture of McNair, created by Detroit artist Ed Chesney, was added to the park along with a granite memorial to McNair made by the Coastal Monument Company in Conway. Both can be seen below. 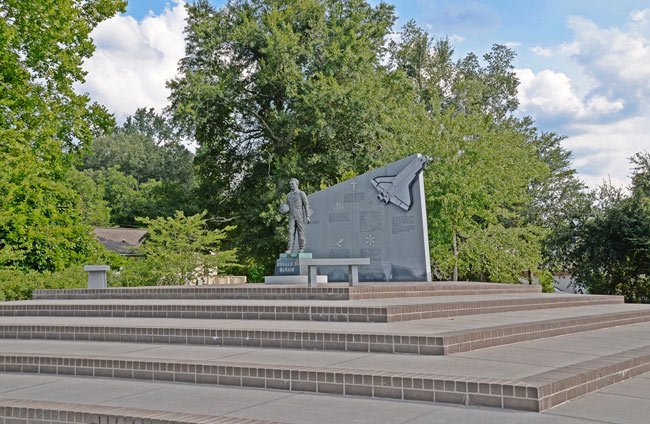 The memorial contains inscriptions outlining many of McNair’s achievements. Born on October 21, 1950, McNair was educated in Florence County‘s segregated public schools. Following his 1967 graduation from Carver High School – now Ronald E. McNair Middle School – McNair went on to North Carolina A&T State University, earning a bachelor of science degree in physics in 1971. From there studied at the Massachusetts Institute of Technology, receiving a doctorate of philosophy in physics in 1976. It was during his time at MIT that McNair immersed himself in the study of lasers, and upon earning his doctoral degree, he became a laser physicist with Hughes Research Laboratories in Malibu, California. He then qualified to become a NASA mission specialist in 1979 after completing a year of training. He became the second African-American in space in 1984. 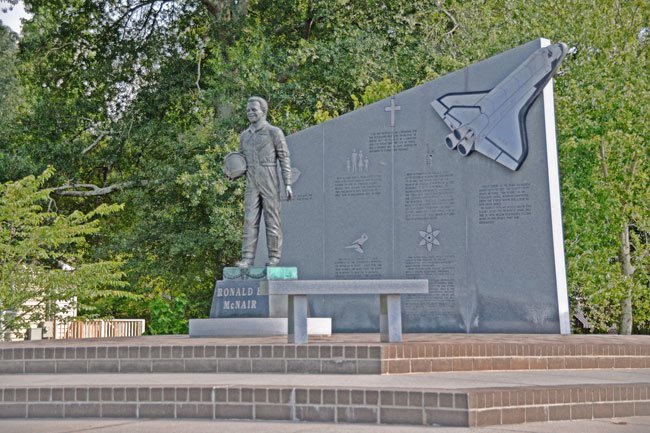 Standing alone within the park is McNair’s tomb, seen below. In June of 2004, McNair’s remains were relocated from his original burial site within Rest Lawn Memorial Cemetery, about five miles from the park, to their current location. The tomb is flanked by the American flag and the South Carolina flag while the Christian flag stands in the center. A gas-lit flame protected within a lamp flickers before the tomb, and the sepulcher is surrounded by water. 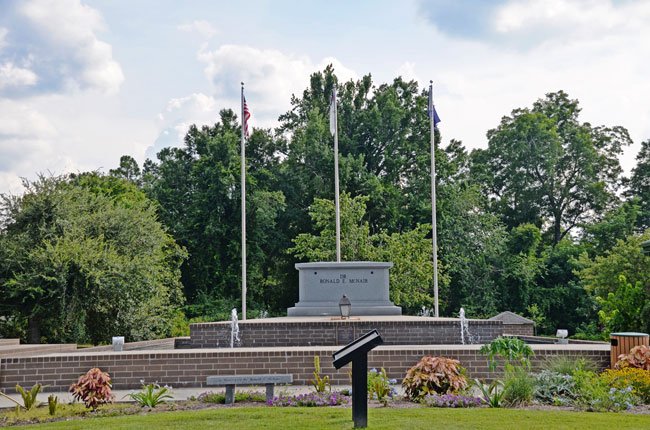 A newer addition to the park is the Ronald McNair Life History Center, seen below, which opened in 2011. The center is a museum dedicated to McNair and is the result of the Ronald McNair Committee, which worked for years to open a Lake City museum to honor the late astronaut. The museum is housed in a building that bears a story from McNair’s boyhood in the segregated South. Once a public library, this building was the site where a nine-year-old McNair attempted to check out science books in 1959. The librarian denied McNair the books based on his race. 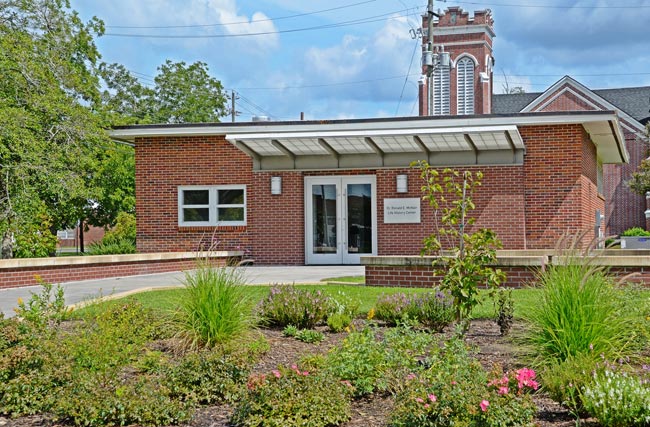 In a peaceful act of defiance, the young McNair told the librarian that he would patiently wait for her to allow him to check out the books. In response, the librarian called the police to resolve the situation. McNair’s mother was also called to the library. Upon arriving, the police persuaded the librarian to let McNair check out the books. Today, the library that once tried to prohibit McNair from checking out books now stands as a museum in his honor. The account has been retold in a children’s book, Ron’s Big Mission, by Corrine J. Naden and Rose J. Blue. The Ronald E. McNair Life History Center hopes to expand into a science and technology museum. 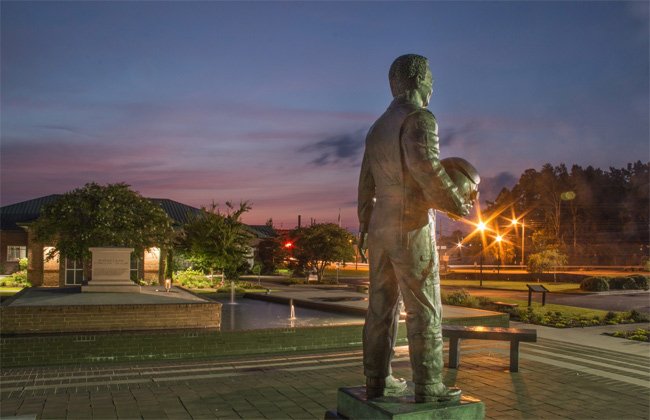