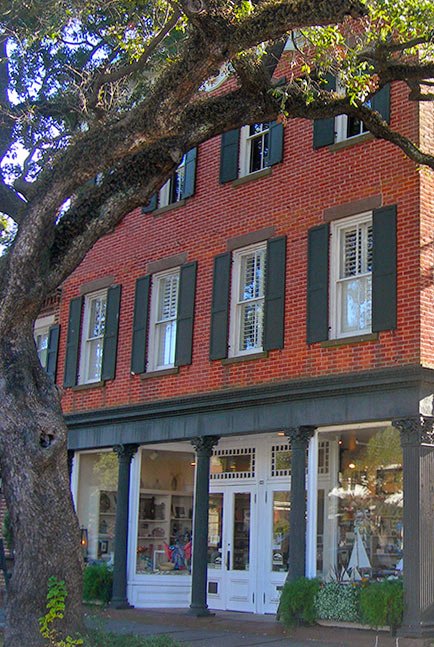 The first two floors were built in 1842 for Stephen Rouquie of Rural Hall Plantation on the Black River. A prosperous merchant as well as a planter, Rouquie he operated a store here. The structure’s second story served a notable purpose during the Civil War. Captain Thomas West Daggett used it built the torpedo that sunk the Harvest Moon in Winyah Bay on March 1, 1865. Following the war, Rouquie returned to Rural Hall where he focused on planting rice under changed conditions. 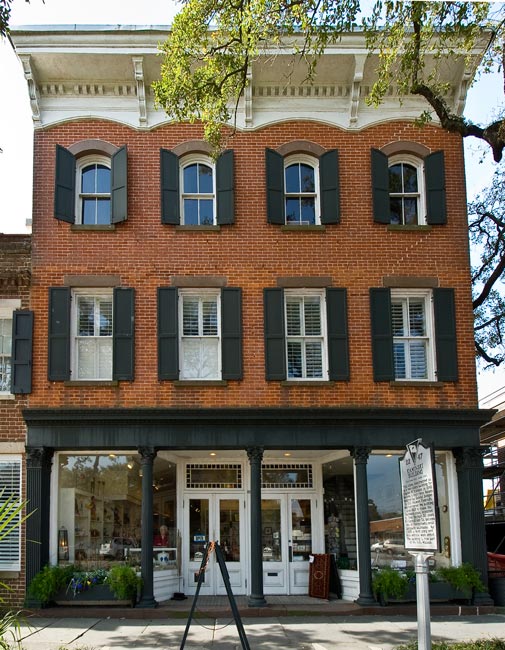 Chris Robart of Richmond Hill, Ontario, 2011 © Do Not Use Without Written Consent

Beginning in 1867, Heiman Kaminski leased the building for his hardware store. He acquired it outright in 1869. Kaminski added the third story and a rear addition in 1878, and the store flourished into the twentieth century. Kaminski also found success in his other businesses endeavors, including rice, shipping, and timber. He died in 1923. 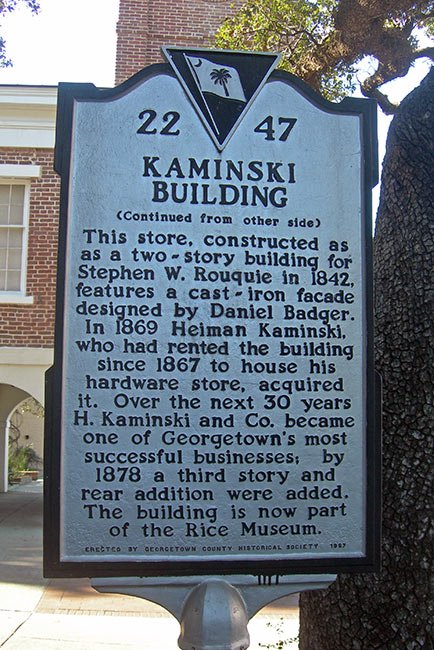 Kaminski’s son, Harold Kaminski, continued his father’s illustrious Georgetown legacy and even served as mayor of Georgetown from 1930 through 1935. His home, known as the Kaminski House, now serves as a house museum.

The Georgetown County Historical Society formed in 1968. After acquiring the Old Market Building and Clock Tower in 1970, it established the Rice Museum, splitting its collection between those two historic structures. Three years later, the organization procured the Kaminsky Hardware Building, restoring it between 1978 and 1981. In 1992 the Browns Ferry Vessel was added to the third floor of the building as a permanent exhibit. Today the former hardware store houses the Maritime Museum Gallery, the Prevost Art Gallery, and the Museum Gift Shop. 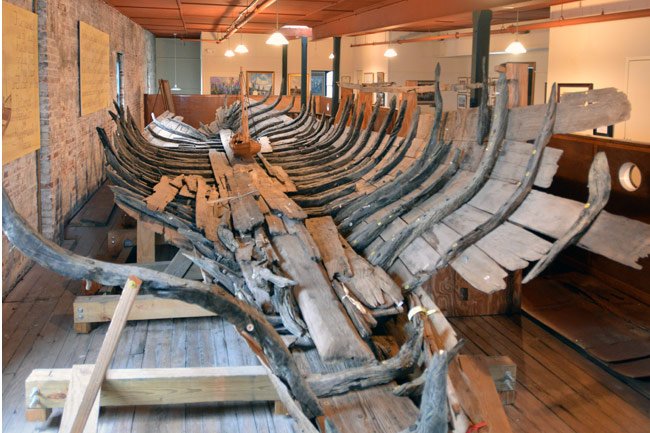 The eighteenth century cargo ship seen above has been carefully restored and declared the “most important single nautical discovery in the United States to date” by anthropologists worldwide.

Many years ago, a dive instructor licensed by the SC Institute of Archaeology and Anthropology found this historic vessel on the bottom of the Black River at Browns Ferry in Georgetown County. He recognized the significance of his discovery and gave his rights to the vessel to the Institute for Scientific Investigation. The ship was raised on August 28, 1976 and, after 16 years of restoration, was moved to its current home on the third floor of the Kaminsky Hardware Building. The roof had to be lifted off so the vessel could be lowered into the exhibit area. The ship is the oldest on exhibit in the United States, predating all other ships by 50 years.

The vessel was primarily sail-driven but was small enough to be rowed or poled along if necessary. It has a flat hull, which allowed it to be slid ashore for easy loading and unloading.

Many artifacts were salvaged from the ship, including belt buckles, china, and coins, which are all on display at the museum. What caused the boat to sink still remains unclear. Chris Amer, an archaeologist who studied the ship wreckage, simply hinted, “we found a lot of wine bottles that went down with the vessel.”

The Kaminsky Hardware Building is listed in the National Register as part of the Georgetown Historic District: