Pawleys Island at the southern end of South Carolina’s Grand Strand is a pristine beach retreat with a history of welcoming summer visitors since the eighteenth century. Pawleys Island was named for founder George Pawley, whose father – Percival Pawley, Sr. – received a land grant on the Waccamaw Neck in 1711. With consistent ocean breezes, the island became a safe harbor from summer mosquitoes for nearby rice planters. 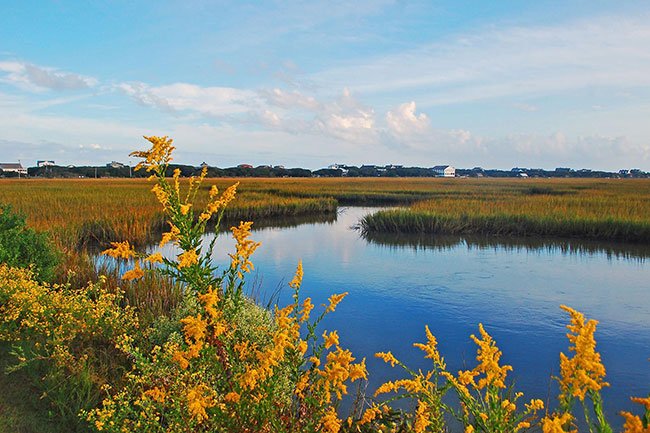 Located 25 miles south of Myrtle Beach and 70 miles north of Charleston, the island is only half a mile wide with three and a half miles of shoreline. The well-weathered simplicity of this small beach community is cherished by residents and visitors alike, and no commercial buildings are allowed on the island. 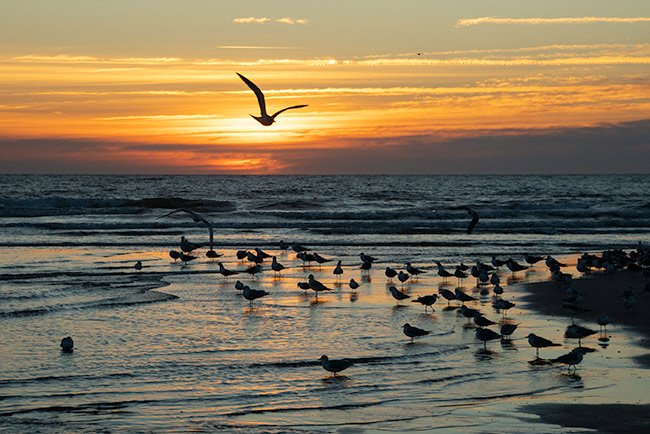 Kim Clayton Lance of Salisbury, NC, 2019 © Do Not Use Without Written Consent

In fact, Pawleys Island Town Hall, seen below, is the only public building on the island except for the chapel and a couple of historic inns. The building also houses the police department. 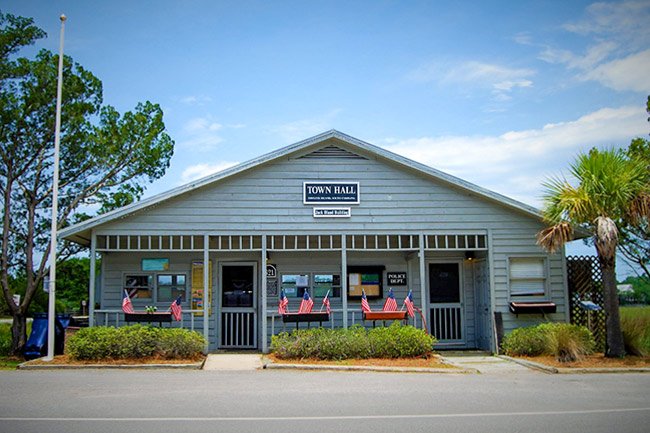 Katelyn Peagler of Moncks Corner, 2019 © Do Not Use Without Written Consent

The creek at Pawleys Island is perfect for kayaking, fishing, or watching local wildlife. Explore by boat the channels that wind through the marsh grass (Spartina alterniflora) and watch the Atlantic sand fiddler crabs (Uca pugilator) scurry across the oyster beds as the herons (Ardea herodias) and egrets (Ardea alba) search for food. Even the beach itself – though quite busy during peak summer season – is isolated from the intrusive sounds of life on the mainland. 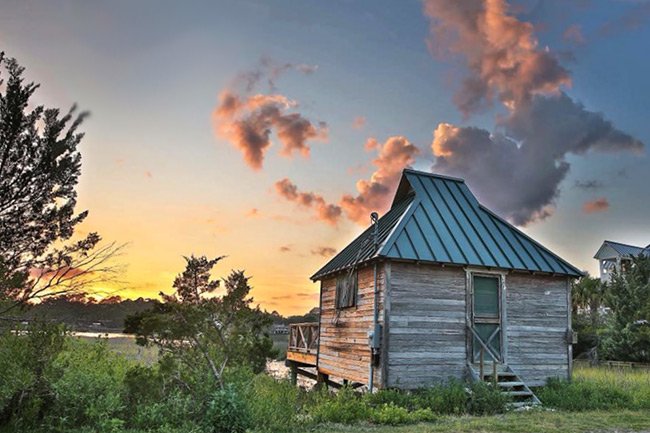 The creek meets the ocean at the north end of the beach. The inlet here is a popular spot for windsurfing and beach-combing as a large pool forms here during low tide. Views of Litchfield Beach can be seen in the distance, as seen in the photo below. 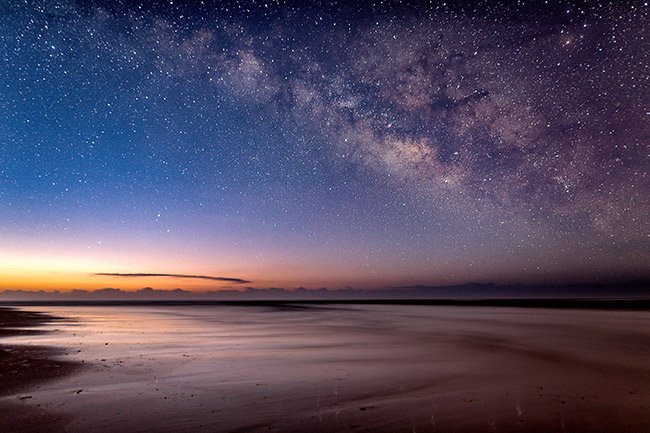 Christopher Neal of Florence, 2018 © Do Not Use Without Written Consent

Students of history will notice that many of the island names come from historic rice plantations. For example, Litchfield is a resort that takes its name from Litchfield Plantation, and Caledonia Plantation, whose avenue of oaks can be seen below, is now known as Caledonia Fish & Golf Club, a luxury country club for wealthy golfers. 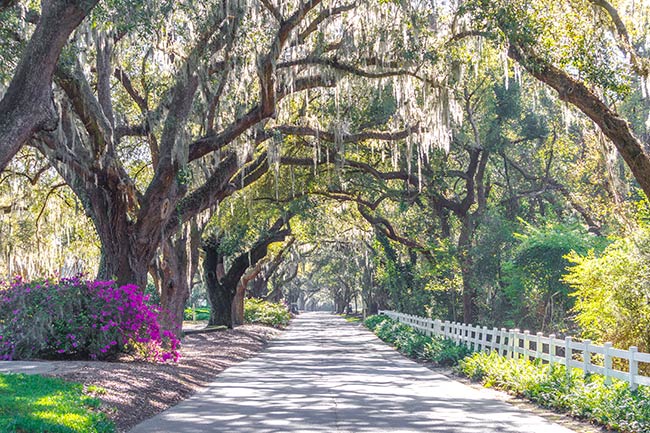 Austin Bond of Murrells Inlet, 2019 © Do Not Use Without Written Consent

Parts of Pawleys Island are listed in the National Register:

The island exemplifies a way of life in its beauty, its setting and its overall landuse. Pawleys is one of the earliest of South Carolina’s summer beach settlements and maintains integrity in the natural relationship of marsh, beach and dune. The unusual number of old houses which have been maintained enhances the natural environment to which they are well adapted.

The building style is a variation of West Indian architecture which has been adapted to Pawleys climatic conditions. The original houses on Pawleys are not mansions but summer retreats, sturdily built and large enough to accommodate big families. Designed for the greatest degree of ventilation, with porches on multiple sides and with high brick foundations providing protection against gale tides, many of the 20th century buildings have adhered to the traditional design that has proven well suited to this environment.

Since the plantation families resided at Pawleys from May to November, the houses were equipped with large chimneys and fireplaces. Breezeways attached at the rear of the houses led to the kitchens. Servant’s quarters were usually one or two room cabins equipped with fireplaces. A few remained at the time of nomination. Other structures important to Pawleys are the wooden docks with open “summer houses” extending into the salt water creek and the long boardwalks with “summer houses” which cross the dunes and offer easy access to the beach.

The district includes the central portion of the island, an unspecified number of properties ranging from ca. 1780 to post World War I, and includes shoreline and marshland since these are an integral part of the district both historically and geographically.

The North Causeway between the present-day bridge and Highway 17 was established by 1923 making travel to the island easier. The photo below, contributed by the Georgetown Digital Library, includes the following note: “By the mid 1920s, getting to Pawleys Island was easier with the Comanche’s regularly scheduled runs upriver. Passengers often disembarked at Waverly Mills Landing, hired a hack to transport them down the shell-paved Waverly Road and made a stop at Lachicotte’s Store, established by 1923 on the North Causeway between the present day bridge and Highway 17. The postmark for the Waccamaw Neck was changed in 1939 from Waverly Mills to Pawleys Island when [the] post office was moved from Waverly Plantation to Lachicotte’s Store.” 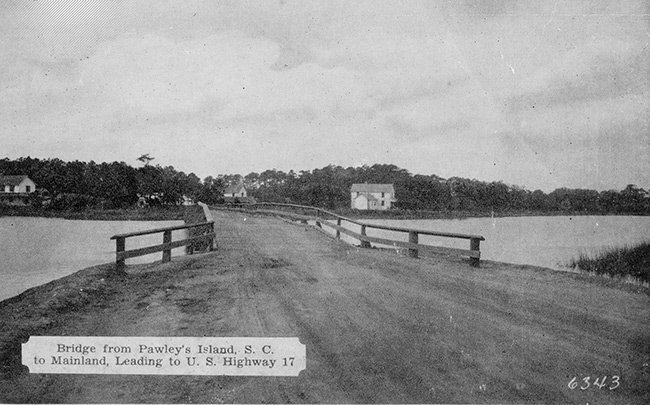 Georgetown Digital Library, 1920 © Do Not Use Without Written Consent 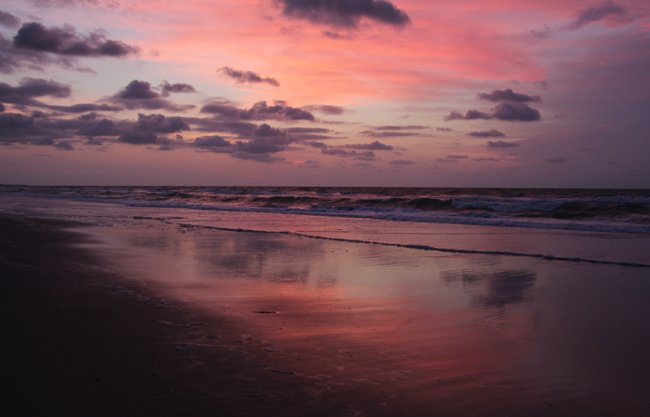 Lisa Schneider of Pawleys Island, 2014 © Do Not Use Without Written Consent 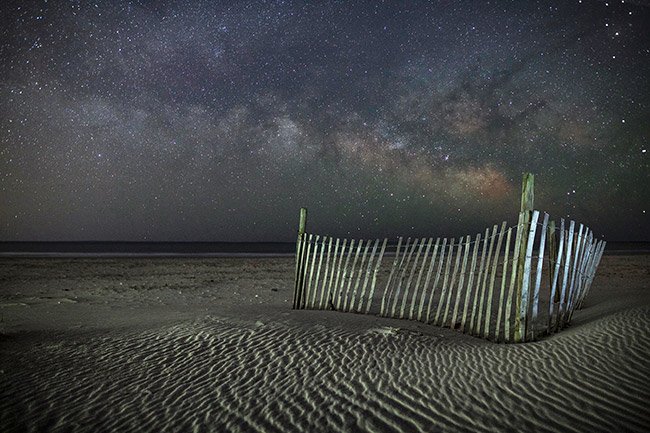 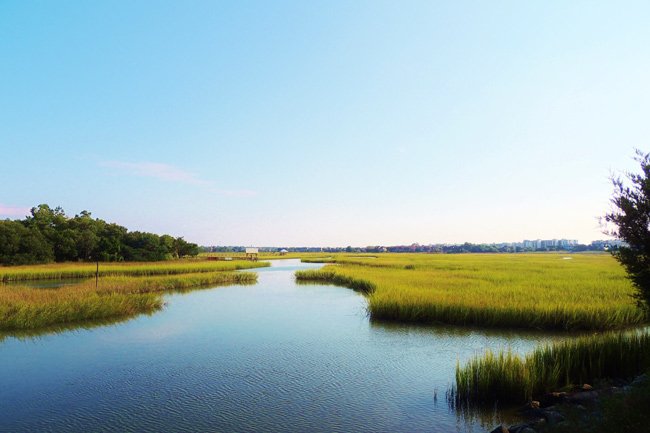 Dennis L. McElhoe of Fort Mill, 2014 © Do Not Use Without Written Consent