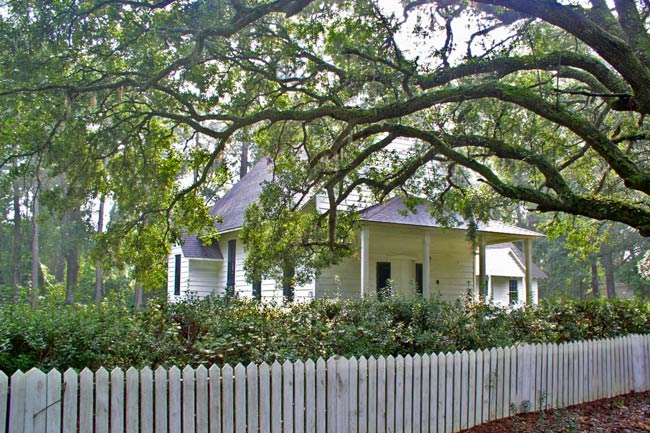 Following the Revolutionary War the main crop for planters shifted from indigo to rice. During the early nineteenth century the Black River community abandoned its original location and moved to a site more hospitable for growing rice along the Great Pee Dee River (also known simply as the Pee Dee River). Land along the Great Pee Dee was donated for a new church by the Reverend Hugh Fraser (sometimes spelled Frazer) in 1835, and this chapel was built there by 1837. It was known as Prince Frederick’s Chapel, Pee Dee. 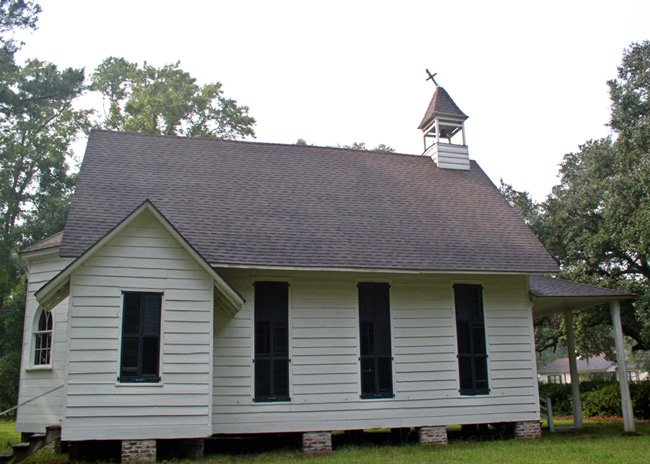 The rice planters established a summer community about four miles away from their river settlement and named it Plantersville. This summer retreat included a chapel built in 1848. As the planters began to see success with their crops along the Great Pee Dee River, their community and congregation grew. As a result, parish members desired a larger, more ornate church at their river settlement as a symbol of their prosperity as planters. 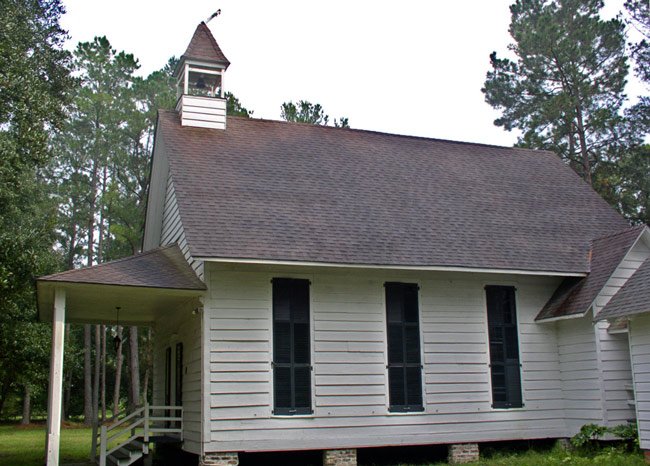 Construction began on a new church in 1859, yet was disrupted during the Civil War. The church was not completed until 1877. Once finished, it was known as Prince Frederick Church or Prince Frederick Chapel. By this time the chapel built in 1848 in the nearby summer community of Plantersville had fallen into disrepair. Now that the parish had a new grand edifice on the Great Pee Dee, the 1837 church was moved from the river site to its current location in Plantersville, replacing the summer chapel. 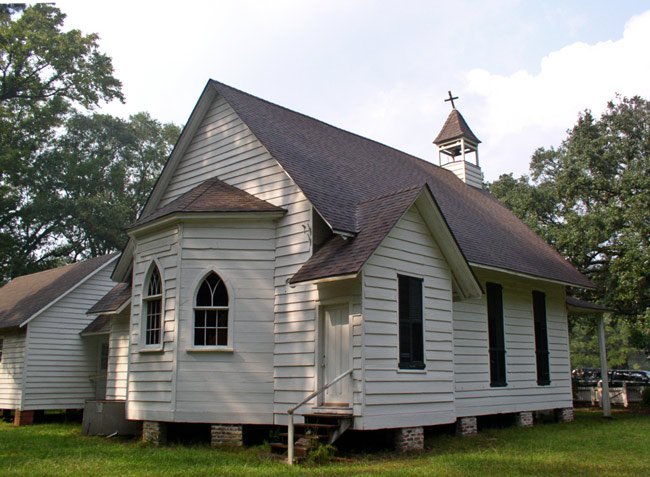 Interestingly, this chapel then became the main house of worship for the parish, as the collapse of the rice industry following the Civil War left the community along the Great Pee Dee River desolate, and people eventually abandoned the settlement. The new, grand church eventually fell into disrepair, though its ruins remain.

Prince Frederick’s Summer Chapel is listed in the National Register:

This church is significant as a basically intact rural church building of the early nineteenth century, later serving as a summer chapel used by Pee Dee River rice planters in their summer community at Plantersville. It was finished by 1836, and was called Prince Frederick’s Chapel, Pee Dee. As the congregation at Prince Frederick’s grew, construction began on a new sanctuary in 1859. It remained unfinished, however, until after the Civil War, not being occupied until 1877. In 1877 this 1837 chapel was moved to Plantersville, to replace the summer chapel there, which had fallen into disrepair. This one story chapel is of frame construction with clapboard exterior walls. It has a gable roof covered with standing seam metal. The façade features wooden double doors with a low peaked architrave. The entrance is sheltered by a hipped roof porch supported by four chamfered wood posts set on tall iron posts. The apse and transept, along with a belfry (no longer extant) and cross, were added when the building was moved to its present location in 1877.