Downtown Greenville in the heart of the South Carolina Upstate thrives with an eclectic mix of historic buildings tucked within a modern cityscape. Scenic nature bursts through commercialism in this southern metropolis, offering attractions for both urbanites and outdoor enthusiasts. 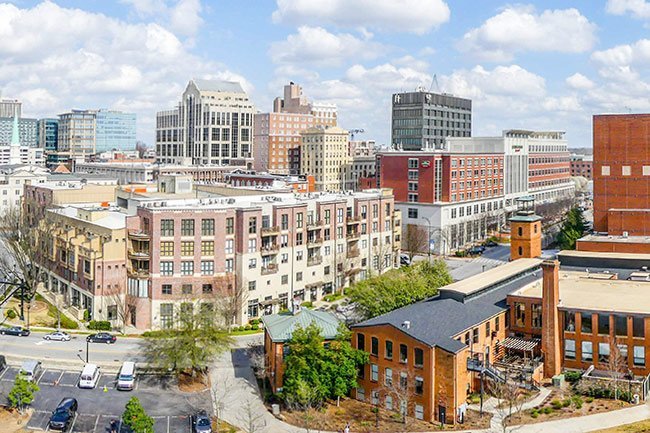 Andy Hunter of North Augusta, 2018 © Do Not Use Without Written Consent

Flowing through downtown is the Reedy River, whose lush banks attracted settlers following the Revolutionary War. In 1788 Lemuel Alston purchased 11,000 acres surrounding the river and designed a community with 60 lots. Alston planned to call his development Pleasantburg. 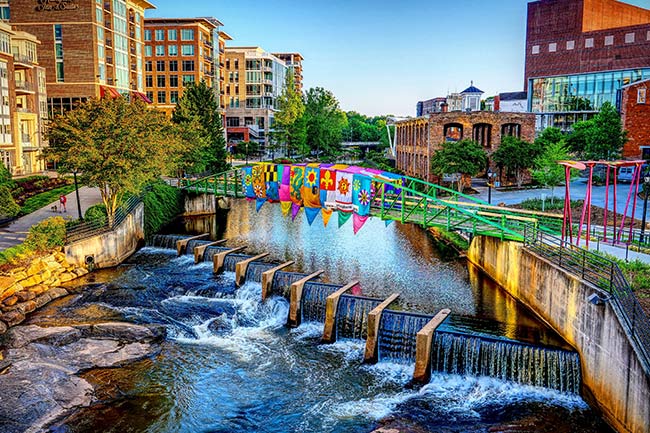 Greeneville County – later shortened to Greenville County (no “e”) – was established in 1786 and named for war hero General Nathaniel Greene. A log cabin-style courthouse was erected on Alston’s land near the river in 1794, and the surrounding settlement was called Greeneville Court House. As a result, Alston’s Pleasantburg just missed becoming the town’s name, and the town was chartered as Greenville in 1831. 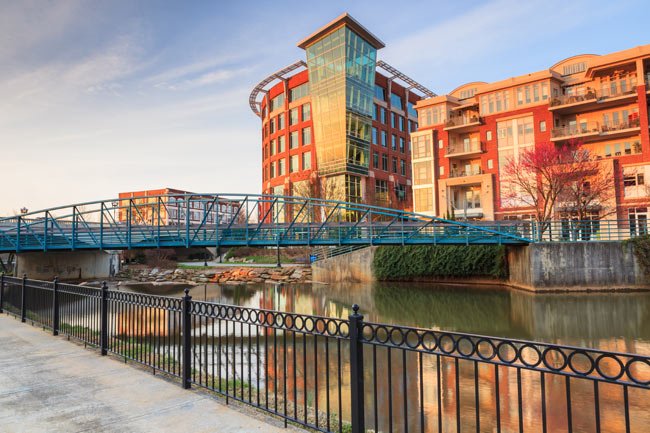 Carol VanDyke of Herndon, VA © Do Not Use Without Written Consent

In 1815 Alston sold his lots to North Carolinian Vardry McBee, who developed a village around the river which included schools, churches, grist mills, saw mills, and a general store. At that point, downtown Greenville became a commercial hub. With the addition of more businesses and schools – such as Furman University in 1851, the Greenville and Columbia Railroad in 1853, and the Gower, Cox and Markley Coach Factory (also founded in the mid-ineteenth century) – the town evolved into a large city. In the 1890s, textile mills sprung up and Greenville became known as the “Textile Center of the South.” 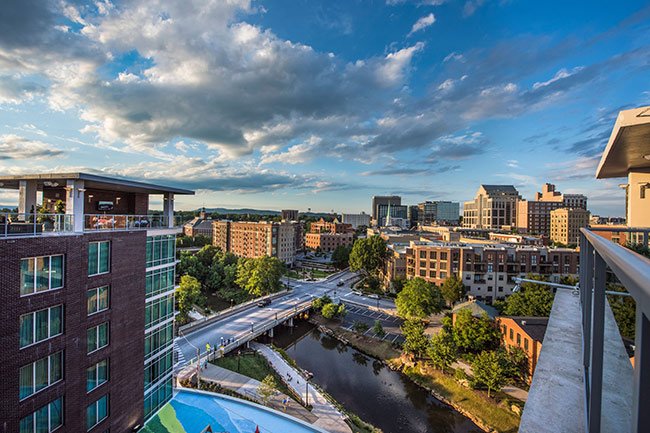 The city suffered financial setbacks when the boll weevil destroyed much of South Carolina’s cotton crop in the 1920s, stalling textile production. This crisis was compounded by the stock market crash of 1929 and subsequent Great Depression. However, Greenville bounced back with New Deal projects such as Greenville High School and Paris Mountain State Park. 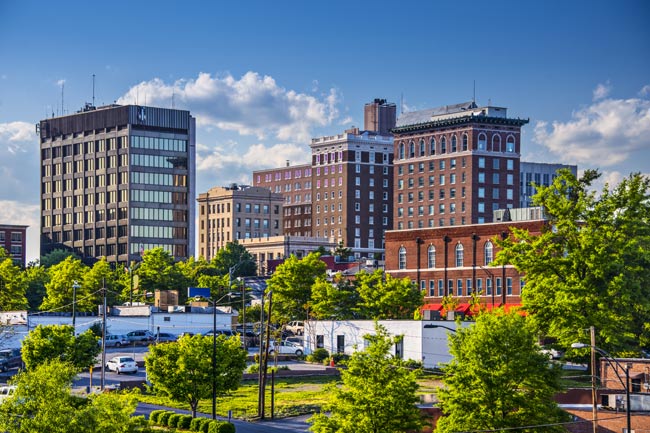 Sean Pavone of New York City, NY © Do Not Use Without Written Consent

Following World War II, four major highways were developed, suburban areas were established, and students continued to flock to highly-regarded Furman University, which moved to its current location after beginning construction on the larger campus in 1953.

This depot, built in 1805, once served Southern Railway, which was one of the largest railroads in the South. The depot stood at the end of West Washington Street in downtown Greenville. By 1982, Southern Railway merged with Norfolk & Western, forming the Norfolk Southern Railroad. The depot was demolished in 1988. 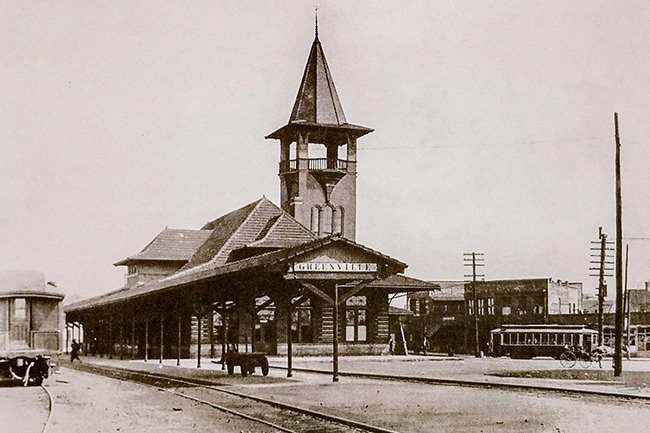 In 1967 the Carolina Foothills Garden Club acquired 26 acres in the downtown area along the Reedy River and developed Falls Park. The park was revitalized in the 1990s by landscape architect Andrea Main, and the river and park – along with nearby restaurants and shops – consistently draw visitors to Greenville’s downtown. 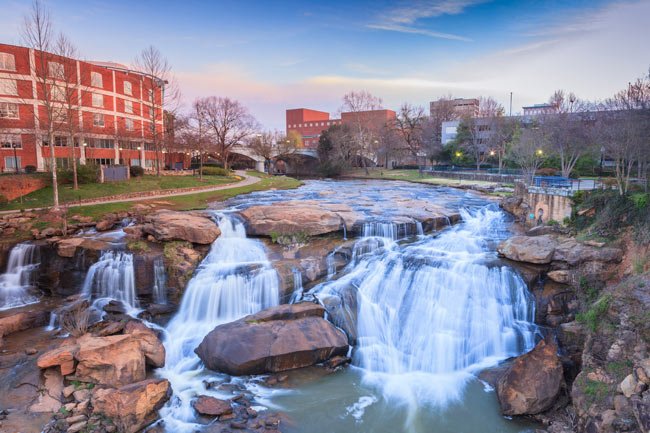 Carol VanDyke of Herndon, VA © Do Not Use Without Written Consent

In fact, Downtown Greenville was awarded a prestigious Rudy Bruner Award for Urban Excellence in 2015, citing the “transformation of a forgotten waterfall and river valley into an urban oasis and centerpiece.” The selection committee further added, “Falls Park on the Reedy puts the river front and center, repurposing an overgrown and forgotten valley into a centerpiece for the city that has captured the attention and pride of everyone in Greenville.”

The Rock Quarry Garden, seen in the two images below, is another local favorite. The garden is part of Cleveland Park, a 122-acre nature and sports complex in downtown Greenville. It too is located along the Reedy River. 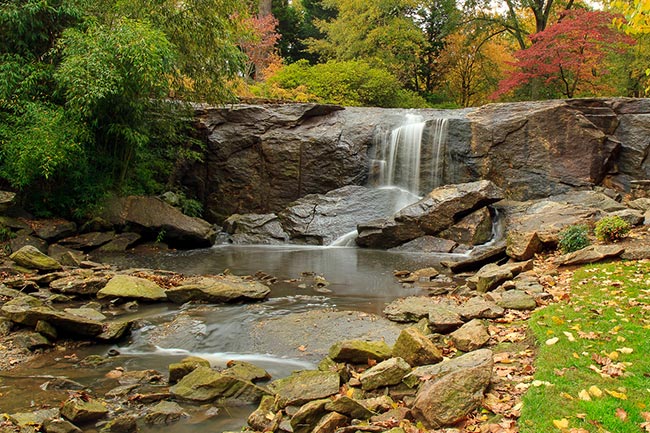 Jay Capilo of Simpsonville, 2018 © Do Not Use Without Written Consent 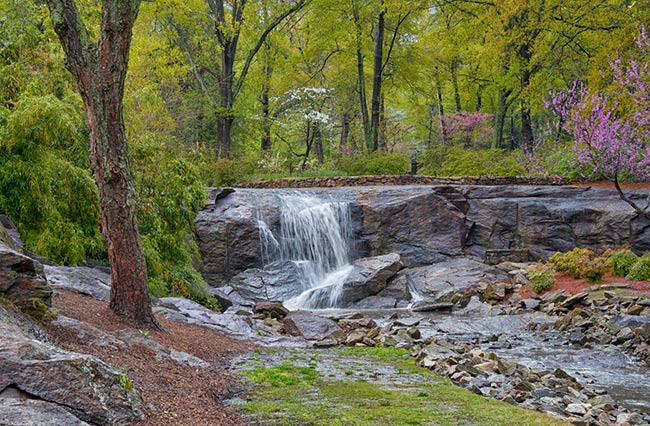