Downtown Greer was originally called Greer Station, because it was little more than a quick stop on the Richmond and Danville Air Line Railway. In 1876 the town was incorporated and emerged as a textile and agricultural center, and the small village grew from a simple rail depot to a town of 3,000 residents. 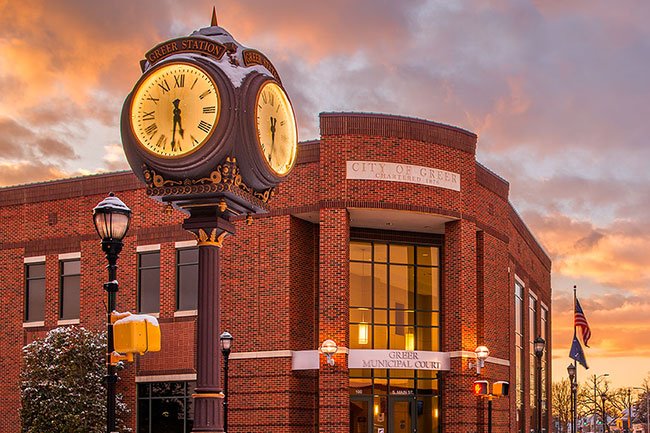 Charles Hardin of Taylors, 2018 © Do Not Use Without Written Consent

Greer Station was the focal point of business, commerce, and entertainment for the community up to the 1960s. Unfortunately, growth began to decline due to the rapid expansion of outlying suburban areas. 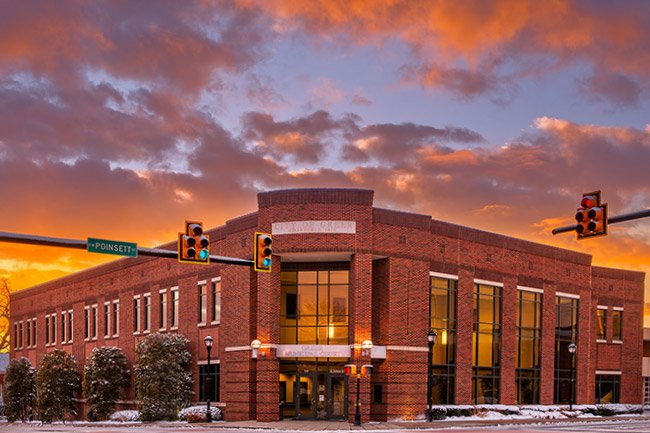 Charles Hardin of Taylors, 2018 © Do Not Use Without Written Consent

However, in 1998 a local group called the Partnership for Tomorrow came together to make Greer Station the focal point of the city. New streetscape improvements and extensive building restorations have brought 40 new businesses to the downtown area, where this town clock now stands. 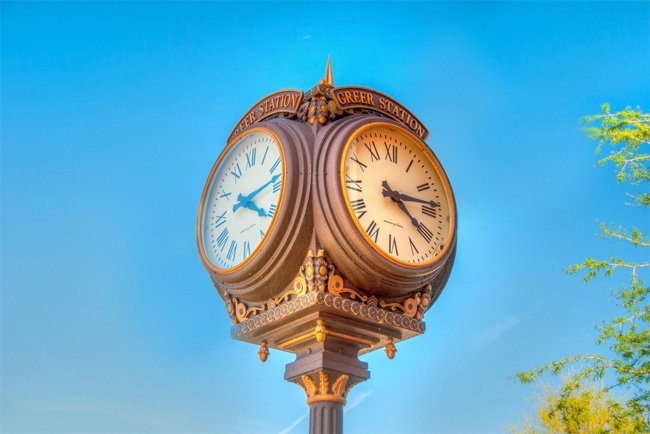 Barry Peters of Greer, 2013 © Do Not Use Without Written Consent