Located just a few miles north of Greenville, Paris Mountain State Park was established in the 1930s by the Civilian Conservation Corps, a work relief program formed under President Franklin Roosevelt’s New Deal. The park’s namesake Paris Mountain was originally inhabited by Cherokee Indians. The man thought to be first white settler to Greenville County was Richard Pearis, who arrived from Ireland around 1765. He married a Cherokee woman and established a homestead near the Reedy River. Some of his vast landholdings included part of the mountain, which he obtained through various land deals with the local Cherokees. Paris Mountain is a variation of his surname. 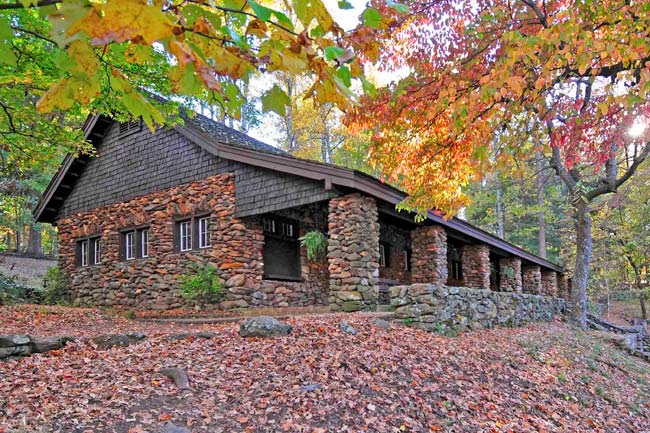 During the nineteenth century the land surrounding the park was used by the Greenville Water System as the site of its first reservoir, built around 1888. Two other reservoirs soon followed. Today the reservoirs are popular lakes within the park known as Lake Placid (seen at the bottom of the page), Mountain Lake, and Buckhorn Lake. 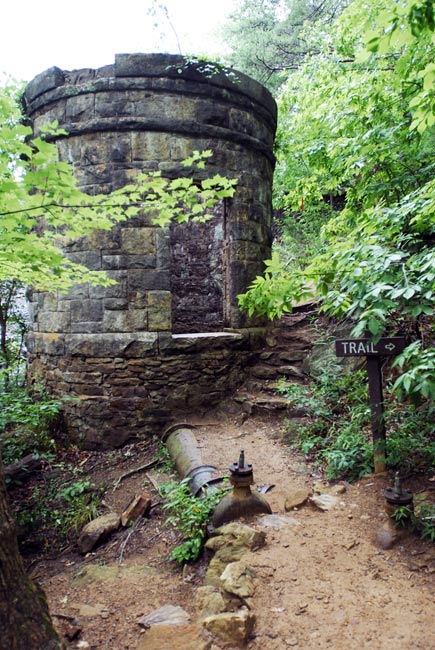 Steven Faucette of Williamston, 2008 © Do Not Use Without Written Consent

The original dams and spillways still occupy the property, as does the Mountain Lake dam tower, seen above. The park and its structures were made of local stone and timber and remain in similar form as when they were built. The former bathhouse, seen at the top of the page, was built in 1936 and overlooks Lake Placid. The distinct building with the dramatic stone pillars supporting its roof was modified in 1945 when an addition primarily used for concessions was built, connecting to the main building with a breezeway. In 2002 the bathhouse was converted to an educational center in 2002. 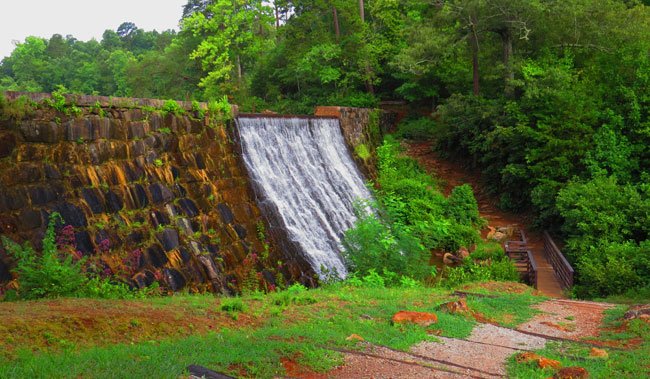 Candy Jones of Greenville, 2016 © Do Not Use Without Written Consent

Other features of the popular state park include hiking and biking trails, canoeing and kayaking, and camping. A historic amphitheater built in 1940 includes two stone fire rings, and historic picnic shelters and modern playground equipment make for a fun day within the park. In addition to providing 39 campsites with electoral and water hookups, Paris Mountain State Park also offers lodging within Camp Buckhorn, a camp complex developed between 1936 and 1937 surrounding Lake Buckhorn. Ten primitive cabins are available, as is the Buckhorn Lodge, which can sleep up to 40 people. Camp Buckhorn is a popular retreat site for groups, though individuals may also rent the facilities within Camp Buckhorn. 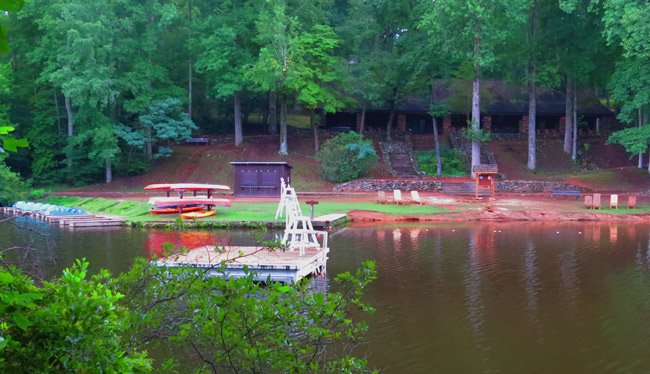 Candy Jones of Greenville, 2016 © Do Not Use Without Written Consent

Paris Mountain State Park is listed in the National Register:

Paris Mountain is significant for its association with the establishment and development of a system of state parks in South Carolina. As one of sixteen state parks constructed in the state by the Civilian Conservation Corps (CCC), Paris Mountain is expressive of the conservation, recreation, and design ethic of the early twentieth century state parks movement. Specifically, Paris Mountain is significant for its association with early utilitarian conservation efforts in South Carolina before the 1930s, and the establishment of local recreational parks during the Great Depression.

Paris Mountain also reflects the rustic style of park architecture and landscape design. Buildings and structures in the park were built using local materials, such as rubble stone and rough hewn logs, in a manner that harmonized with the natural environment. The CCC structures are grouped into three main areas, all surrounding or close to lakes. The most concentrated development occurs along the south side of Lake Placid. This section of the park includes picnic spots, the bathhouse, swimming area, amphitheater, athletic field, and park administrative buildings. The area around Sulphur Springs and Mountain Lake includes trails, picnic areas, and the archery range. Hidden deep within the park is the Buckhorn organized group camp, which consists of a lodge and camper cabins. All of these areas are joined by park roads, which serve to unify the overall park design.