The Peace Center is a world-class performing arts center along the Reedy River in downtown Greenville. It opened in 1990, over a decade after the idea of a local performing arts center was proposed by the Metropolitan Arts Council. In 1985 then-mayor Bill Workman began exploring ways to fund such a center, and in 1986 the Peace family donated $10 million towards the project. Public-private fundraising continued, bringing in the $42 million total needed to complete the project. In 1990 the Peace Center opened for its Founders’ Gala. 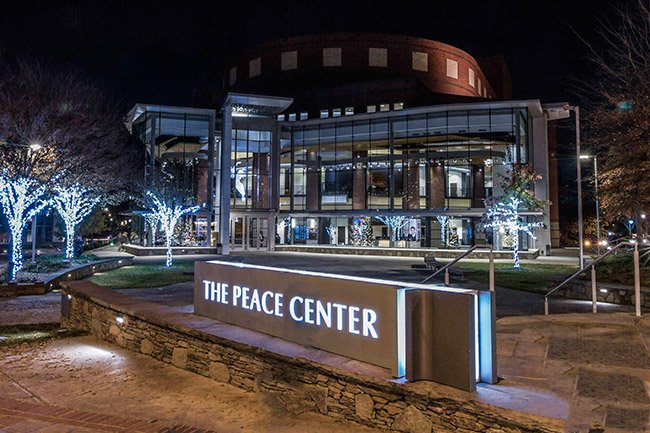 Edward Bolds of Greer, 2017 © Do Not Use Without Written Consent

The Peace Center was built on six acres where four nineteenth century-era buildings once sat in disrepair: A coach factory, a mayonnaise factory, a store, and the Huguenot Textile Mill, seen below. The center’s building team restored the structures and integrated them into the project, which also included two new buildings: The Peace Concert Hall and the Gunter Theatre. The Gunter Theatre was named for Dorothy Hipp Gunter, who donated $3 million towards the building of a 400-seat theater on the site. 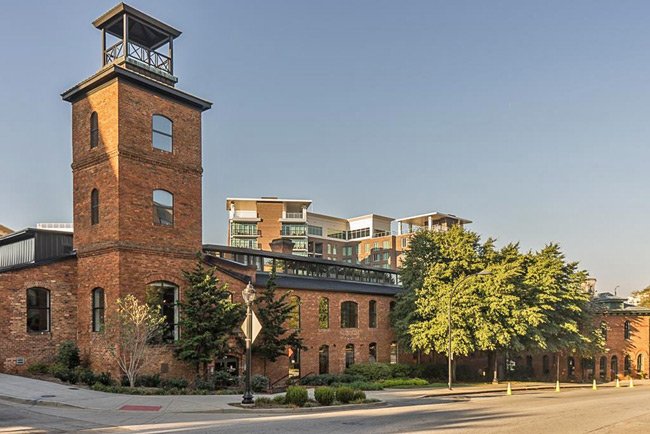 Between 2009 and 2011, another fundraising campaign took place. This one resulted in the $21.5 million needed to expand the lobby of the concert hall, add a restaurant, and maintain and improve infrastructure. Renovations were completed in 2012. 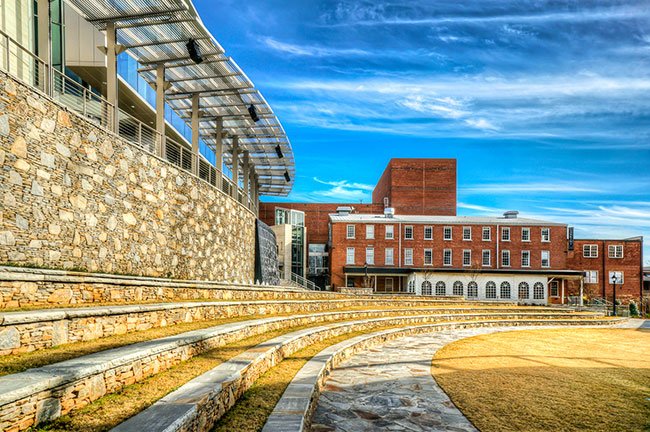 Today the Peace Center hosts around 360,000 people a year for concerts, ballet performances, plays, musicals, and a variety of classes and workshops. Now a vibrant fixture of downtown Greenville, the Peace Center has brought new life to this part of the Upstate for over 25 years. 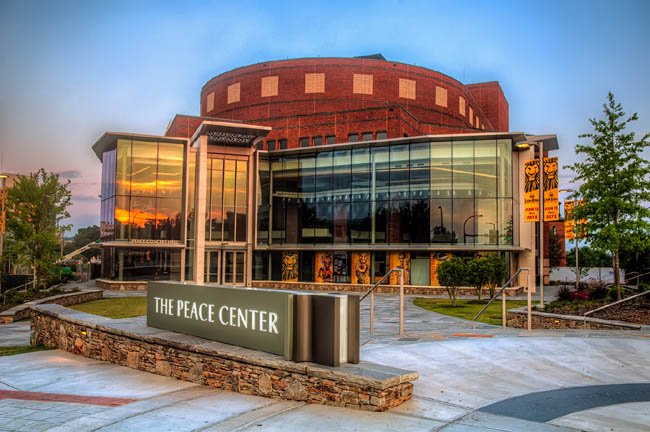 Charles K. Hardin of Greer, 2012 © Do Not Use Without Written Consent