Rising in the foothills of the Blue Ridge Mountains, the Reedy River flows southeast through Greenville County and winds its way through the heart of downtown Greenville. In the center of the city, the river drops significantly to form Reedy River Falls, the focal point of beautiful Falls Park. From there it continues to flow south into Laurens County where it eventually joins the Saluda River at Lake Greenwood. 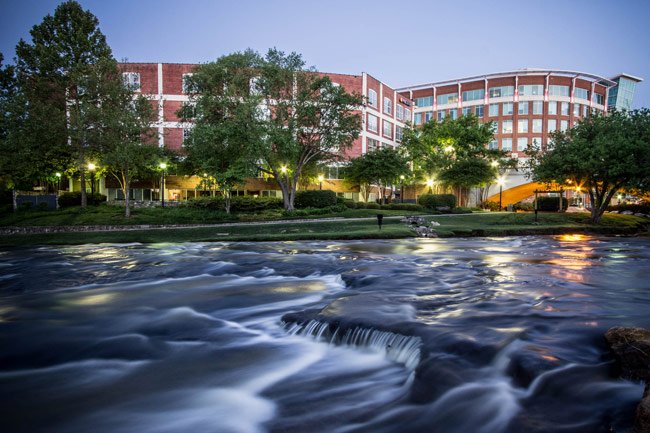 In the late 1700s, European settlers purchased land along the Reedy River and established grist mills and trading posts. The river became the center of Greenville’s growing economy, and by the late 1800s the grist mills had given way to textile mills. Unfortunately, the Reedy suffered greatly from the city’s progress as it became polluted and unsuitable for recreational activities. 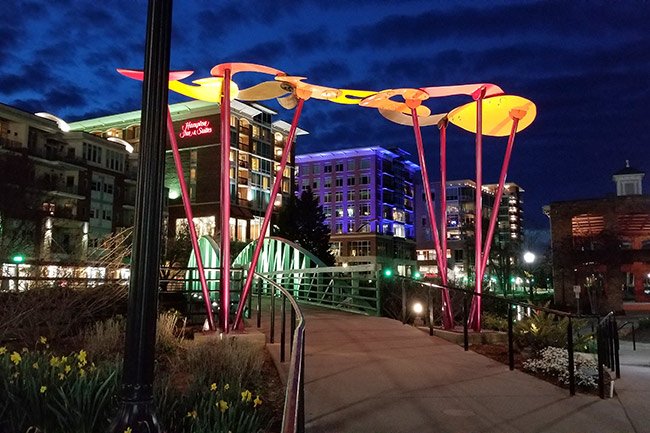 Miller Hyatt of Greenville, 2019 © Do Not Use Without Written Consent

It wasn’t until 1967 that the condition of the river began to improve. The Carolina Foothills Garden Club reclaimed 26 acres along the Reedy in downtown Greenville to be developed as the popular Falls Park. Since that time, the Garden Club and the City of Greenville have worked alongside various state and federal agencies to develop the park and clean up the river. Recently, the South Carolina Department of Natural Resources and other groups have created a watershed planning guide to further ensure the health of the river.

Reflections on the Reedy River

Photographer Jenny Munro says: “I work in downtown Greenville and was walking toward the park when I glanced over the bridge in the opposite direction. We usually think of the Reedy River as relatively bucolic, but it really is an urban river surrounded by buildings and sidewalks. The curves in the river and the bridge caught my eye.”

Jenny Munro of Greer, 2007 © Do Not Use Without Written Consent