Warning: Upper Wildcat Falls is extraordinarily dangerous; it has been the site of numerous deaths.

The lower section of Wildcat Falls, also called Wildcat Wayside Falls and Wildcat Branch Falls, can be seen right off the Cherokee Foothills Scenic Highway (SC 11) in Greenville County. No hiking is required to enjoy this portion of the waterfall, which means anyone can go! 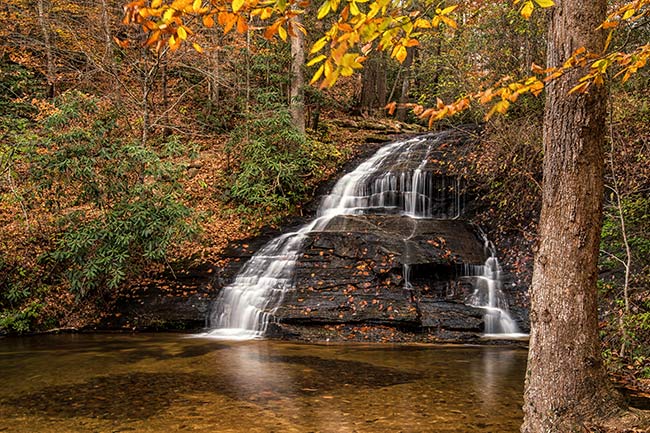 The falls, which are part of the Mountain Bridge Wilderness Area, are managed by South Carolina’s state park system. There are actually three tiers in all, each of which is fed by Wildcat Branch Creek, one of the tributaries of the South Saluda River. The waterfall visible from the road, shown above and below, tumbles 30 feet before landing in a shallow granite pool. The lower falls stand perpendicular to SC 11, and like most falls, they are best viewed after a hard rain. 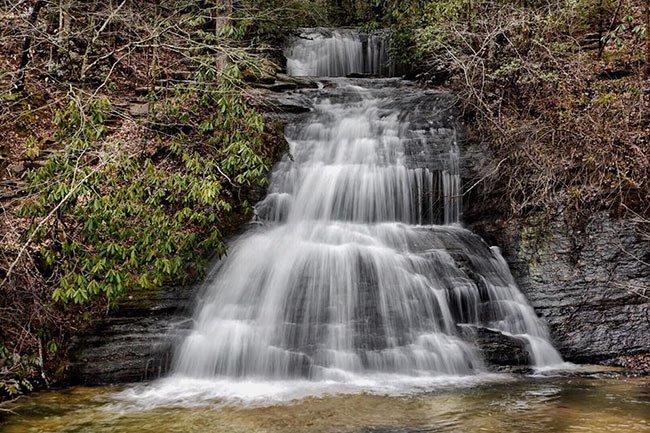 Charles Pittman of Duncan, 2018 © Do Not Use Without Written Consent

To the left of Lower Wildcat Falls lies a set of earthen and stone stairs. Climbing these, one reaches Middle Wildcat Falls, seen below, which features a 10-foot cascade. The trail crosses Wildcat Branch Creek at the base of the middle falls and leads to the foundations of a shelter built here in the late 1930s when the Civilian Conservation Corps, as part of Roosevelt’s New Deal, constructed what was then known as Greenville Wayside Park. This park was one of six set up in South Carolina to provide resting spots for traveling motorists. The shelter’s fireplace and chimney remain intact. 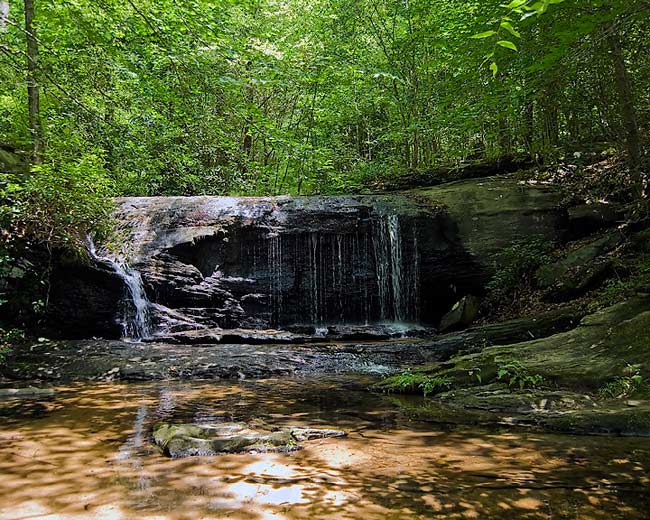 Middle Wildcat Falls by Barry Gooch of Port Royal, 2012 © Do Not Use Without Written Consent

Climbing a quarter of a mile further, one comes to the base of Upper Wildcat Falls, not shown. This tier descends in a 100-foot free-fall. Its crest is extraordinarily dangerous and has been the site of numerous fatal accidents. Rescue officials warn that no degree of caution can protect someone from tragedy at this slippery location. Although warning signs have been erected, they are commonly vandalized or stolen. Please exercise extreme caution when visiting Upper Wildcat Falls and enjoy the view only from its base. The park system has closed the path after this point due to the danger of crossing the fall’s boulders. 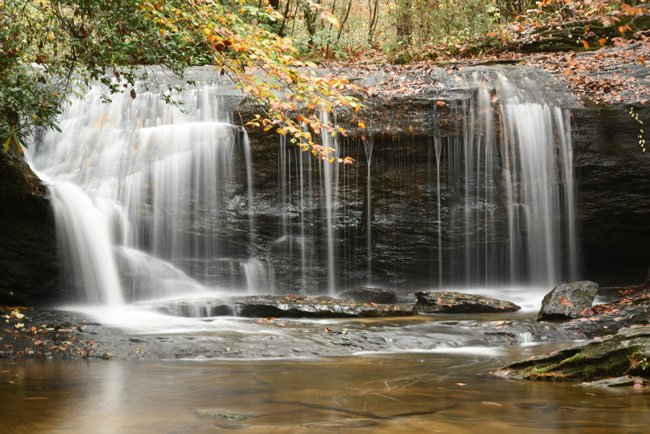 Middle Wildcat Falls by Sandy M. Laney of Irmo, 2015 © Do Not Use Without Written Consent

Wildcat Falls is located between two extremely popular state parks, Caesar’s Head and Jones Gap, each of which have many waterfalls and cascades within their boundaries as well. Another site not to be missed when visiting Wildcat Falls is the unmarked scenic overlook, known as Bald Rock Heritage Preserve and sometimes Shining Rock. Symmes Chapel (Pretty Place) and Saluda Hill Baptist Church are also nearby. 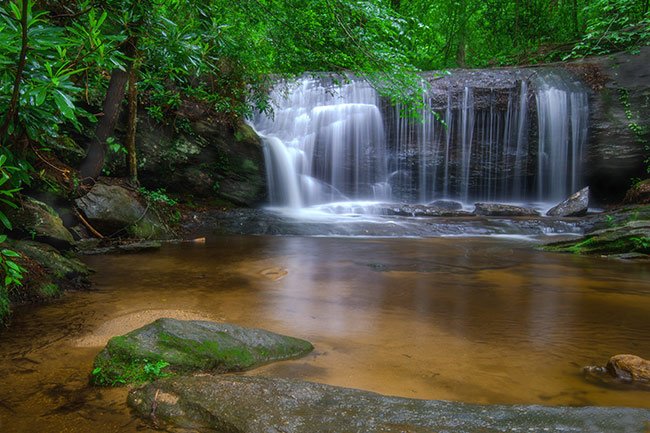 Rusty Mutschink of Rock Hill, 2017 © Do Not Use Without Written Consent 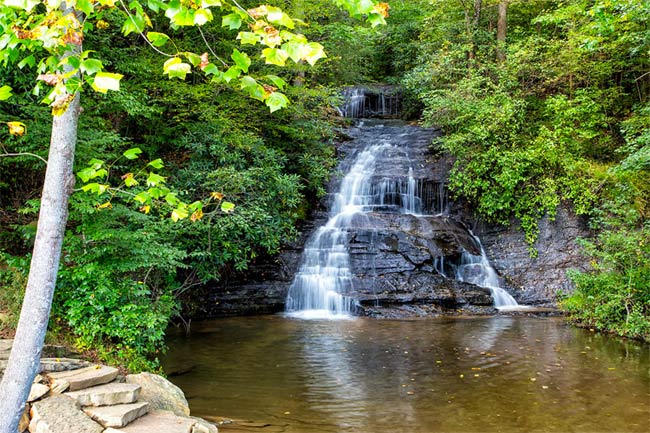 Lower Wildcat Falls by Jim Dollar of Indian Land, 2013 © Do Not Use Without Written Consent

Sandy M. Laney shares about her above photo, “With all of the rain South Carolina has received, the falls were in full glory. This is the middle section of the falls.”