The Star Fort Fountain is located in the heart of downtown Ninety Six. Built in 1998, this unique fountain was inspired by the nearby Ninety Six National Historic Site and the famous Star Fort Encampment. 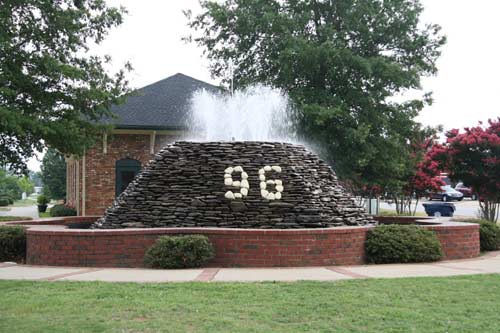 Constructed by Loyalist soldiers and slaves from nearby farms and plantations, the Star Fort was completed in early 1781. Its unique design and 14-foot earthen walls provided unmatched protection and allowed musket and cannon fire in all directions. The Star Fort was home to several important battles, including the Siege of Star Fort, which was the longest siege of the Revolutionary War. Learn more about the Star Fort here.