The post office seen below forms the heart of the rural Hampton County community of Early Branch. Though the origins of the town’s name remain uncertain, Palmetto Place Names, a study compiled in 1941 by the Work Projects Administration, offers two theories to explain why the village is called Early Branch. The first is that, in 1861, a General Early set up camp at a nearby branch, or creek, during the Civil War. The second is that a man by the name of Early surveyed the land for the South Carolina government in 1806. 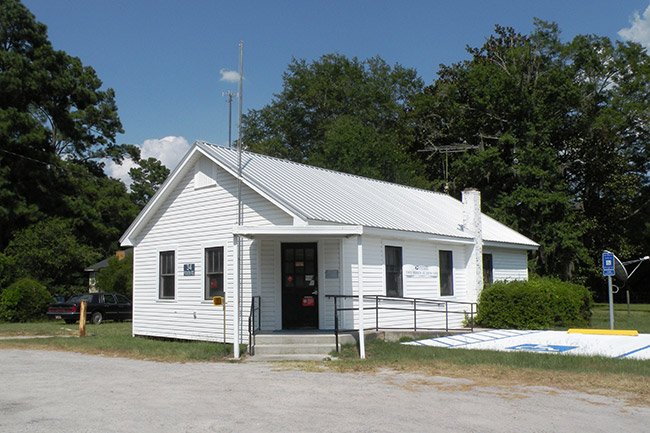 As to the first theory, we have been unable to locate the existence of any Civil War general with the surname “Early” aside from Jubal Early of Mississippi, and there is no record of his having fought near this location during his career. We also have been unable to locate a battle near Early Branch in 1861. The nearest battle to take place that year was at Port Royal, some 34 miles away. 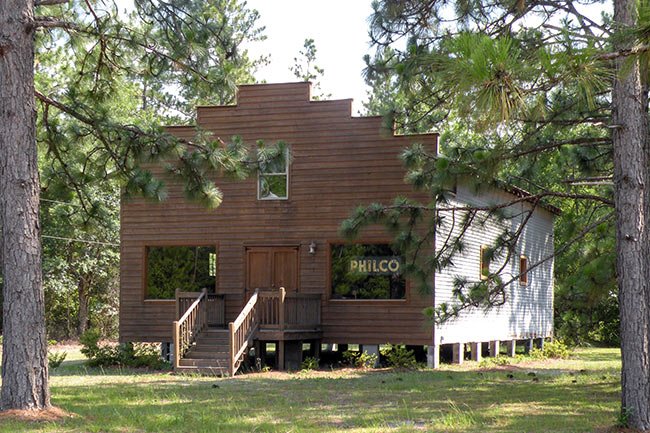 Another theory, offered by Doug McTeer below, states that it was actually an officer in the Revolutionary War for whom the community was named. We have been unable to verify this information either, but records from the American Revolution are much less complete and harder to locate.

Do you know how Early Branch got its name, or do you have any information you can share about the town? If so, please send it to the South Carolina Picture Project. Thank you!

“Early Branch was established in the early 1870s. The Port Royal to Augusta Railroad was being built, and sawmill towns sprouted up along the route. Civil War officers Colonel William Stokes and Captain John Henry Steinmeyer established one such sawmill. Stokes had a home where the Harris family now lives. Steinmeyer had a home where Clark and Daisy lived (the house that burned.) The sawmill manager, Appleby, lived in the house we live in. [My grandparents] moved into the house when they married.

“Regarding the naming of the town, I don’t believe the General Early story is accurate. I have seen a map (undated) that I’m pretty sure predates the Civil War that refers to the area as Early’s Branch.

“I have heard that the name came from a Revolutionary War officer named Early who camped there. I believe this is most likely. I have never heard the story about the surveyor, though maybe it’s possible.

“By the way, the McTeers had already been in the area for about 150 years, but there was no post office or any settlement.”