This small, two-story former jail in Hampton was built shortly after the establishment of Hampton County – named for sitting governor Wade Hampton III – in 1878. Completed in 1880, this county jail was intended to house inmates for no more than 48 hours as they awaited trial at the nearby courthouse. However, many people incarcerated here stayed much longer than the stipulated two-night maximum, often in inhumane conditions prior to upgrades in the 1920s. Further renovations were made in the 1960s. 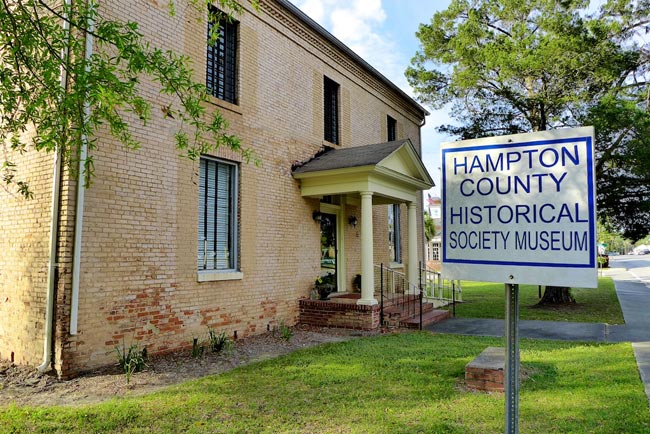 The structure of the jailhouse was simple when it was built. Most of the first floor was reserved for the jailer and his family with one room serving as a cell for white women. In the 1960s, two of the downstairs rooms were converted into four cells to accommodate more inmates, as seen below. 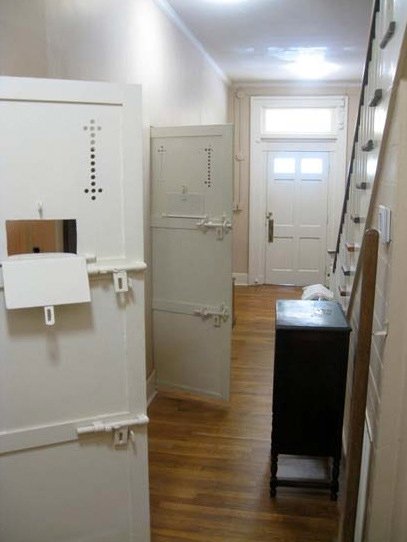 The upstairs area housed black men, black women, and white men, though the conditions for black men were considerably disparate to those of other inmates. The top of the staircase is enclosed within an iron cage which leads to a larger cage of six cells on the northeast side that imprisoned black males. 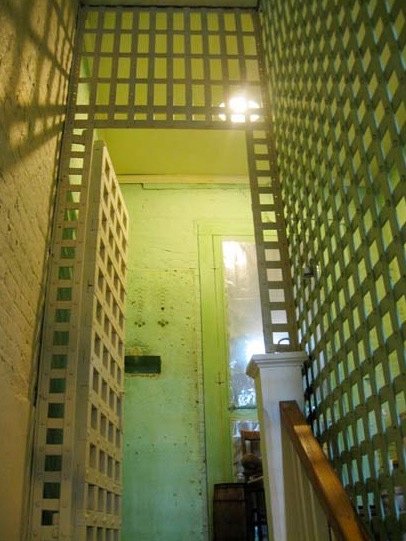 Five enclosures within the cage were individually locked cells in a “triple lockdown” system, with the last cell used as a latrine. The cage was only seven feet high, though the ceilings on the second floor stretched to ten feet. 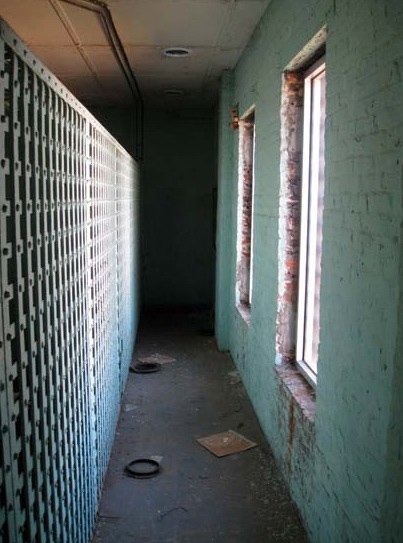 Across the hallway from the cage system were two rooms; one was a cell for white men, the other for black women. Like the rooms beneath these, in the 1960s they were divided to create more cell space. However, though the cage system across the way provided a restroom for black males, no such luxury existed for the inhabitants of these two rooms when the jail was built. 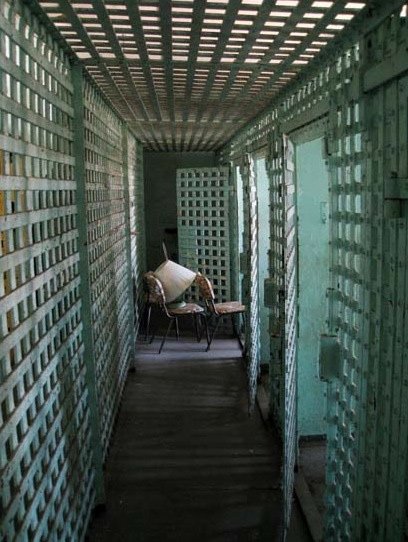 Yet these inmates did receive a pallet with a mattress and blanket, unlike their incarcerated neighbors within the cage across the hallway. Black inmates were given food only twice a day, while whites received three meals a day. Meals at the Hampton jail typically consisted of bacon, cornbread, and vegetables. 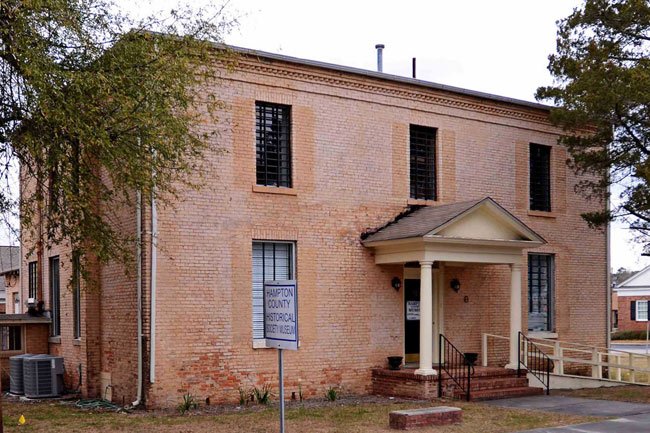 According to a 1916 report from the State Board of Charities and Corrections, conditions at this jail were dangerously unsanitary, with no ventilation and floors cleaned only three times a year at most. The following year metal bunk beds were installed within the cages, but the board reported that inmates infected with diseases such as tuberculosis and syphilis shared quarters, bedding, and eating utensils with healthy cellmates. Bed linens were washed only once or twice a year, and juveniles were housed in the same cells as adults. One prisoner froze to death. By 1919 the Hampton County Jail was rated the worst jail in the state of South Carolina by the State Board of Corrections.

The jailer was replaced that year, and by 1920 improvements slowly were being made. Woodburning stoves used for heat and flushing toilets were added along with better ventilation, and by 1925 structural changes were completed that made the jail a “much more substantial and respectable facility of which the county need not be ashamed.” By the 1960s, single cell rooms were subdivided to alleviate overcrowding. In 1976 a new jail was built, and the former jail was leased by Hampton County to the South Carolina Department of Wildlife and Marine Resources until 1989. Still owned by the county, the former jail is currently used as a museum operated by the Hampton County Historical Society.

The Hampton County Jail is listed in the National Register:

The Hampton County Jail, constructed 1879-1880, is significant as a public facility designed and used to enforce the law as well as the racial segregation policies of the American South in its administration of local justice for the ensuing century following Reconstruction. The jail was the only holding facility for newly-arrested persons in Hampton County until it closed in 1976. It is also significant architecturally as a unique surviving example of a small, late nineteenth century county penal facility with an architecture reflecting various alterations during its one hundred-plus year history.

The jail is two stories in height and three bays wide by two bays deep, with a central, one-story entry portico on the facade and a service porch at the rear. The jailkeeper’s living quarters occupied the first floor, while the second floor was dedicated to the cellblocks for both white and black prisoners, including both men and women. The jail was dramatically altered in 1920, circa 1925, and a third time in the 1960s, with the first renovation adding a rear extension to the first floor for additional living space for the jailer, the second renovation modifying the jail cells on the second floor, and the third renovation dividing the first floor rooms on the northeast side into additional jail cells. The building nevertheless retains many of its original features, including a six-celled iron cage system that occupies the northeast side of the second story, but it also reflects a number of significant architectural alterations that document the building’s ongoing modification to meet the changing correctional needs of the community.