The Apache Pier in Myrtle Beach is a great place to take a stroll and admire the Atlantic Ocean. It has the distinction of being the longest wooden pier on the East Coast at 1,206 feet, and in addition to fishing, it also offers live entertainment on its covered stage with a dance floor. The pier is part of the Apache Family Campground, and it is open 365 days a year. 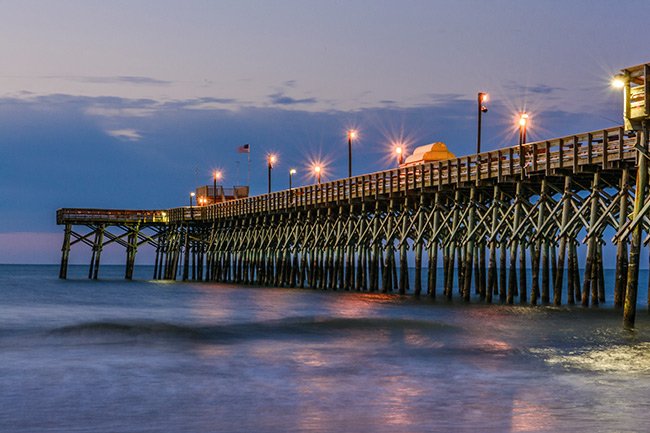 Peter Miller of Brooklyn, NY, 2015 © Do Not Use Without Written Consent

For those wishing to fish from the pier, a bait and tackle shop and gear rentals are available at the pier. A restaurant, Croakers, operates from the pier and is a great place to unwind after a day in the sun. During the summer, the arcade is open until midnight, as is the pier. To walk the pier – which is nearly a quarter of a mile – costs a dollar. For the view and feeling of being in the ocean while standing on dry land, many say it is a dollar well spent. 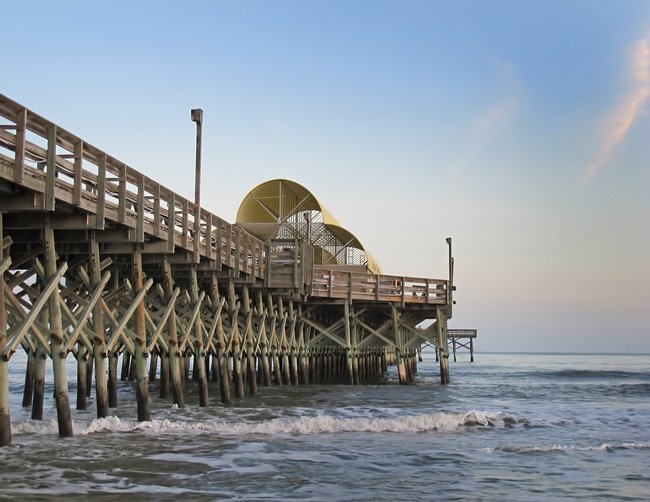 Raymond Summers of Schenectady, NY © Do Not Use Without Written Consent

Reflections on the Apache Pier 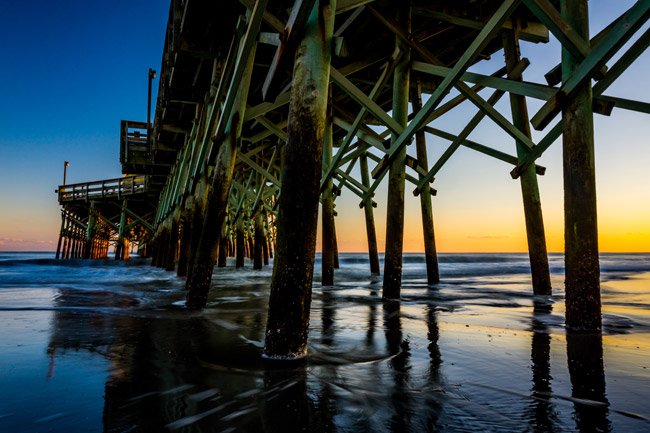 Contributor David Smith says: “I have no special memories of Apache Pier as I spent most of my time growing up at the Holiday Inn Pier in North Myrtle Beach. I was walking on the beach this winter, in that area, and decided to capture some images of the pier. This was one of the better images.”