The popular Cherry Grove neighborhood of North Myrtle Beach was developed in the 1950s and named for Cherry Grove Plantation, which occupied this area as early as 1735. The plantation was named for the native cherry trees (Prunus serotina) that proliferated the area. Over the years the plantation acreage was divided and sold, and in the 1859 Nicholas Nixon bought 9,940 acres of Cherry Grove Plantation from Colonel Daniel Jordan. By the 1920s, Nixon descendants began to develop the land. 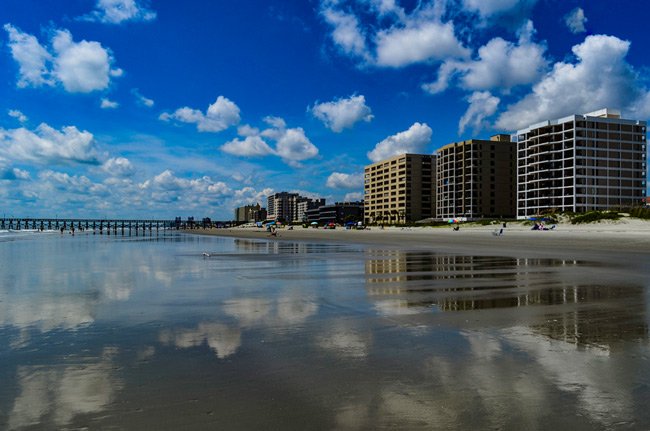 Patrick Burke of Madison, South Dakota, 2015 © Do Not Use Without Written Consent

When the Cherry Grove community was established in the mid-twentieth century, it was still a suburb of neighboring Myrtle Beach. North Myrtle Beach became a separate city in 1968, incorporating Cherry Grove along with the Windy Hill, Crescent Beach, and Ocean Drive communities. 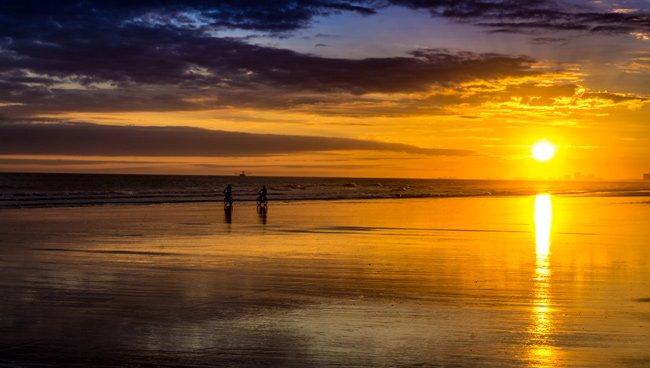 David Smith of Little River, 2015 © Do Not Use Without Written Consent

Below, the native beach plant commonly known as prickly pear (Opuntia pusilla) reminds beach walkers at Cherry Grove that it is a member of the cactus family with its spiny flesh. The plant is prolific in the coastal dunes of South Carolina, and despite its painful barbs, produces a lovely yellow bloom in the early summer. The presence of prickly pear is a natural way of discouraging people from treading in the dunes, which contributes to erosion. 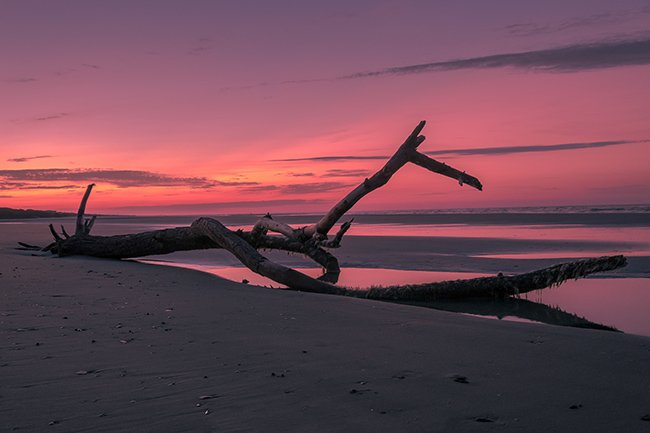 John Flecknoe of Nichols, 2018 © Do Not Use Without Written Consent

Today Cherry Grove is a popular vacation destination, boasting Grand Strand attractions while also providing a sanctuary from the bustle of Myrtle Beach. Not only does the beach attract visitors, but the serenity of the tidal marsh, seen below, draws fishermen and naturalists to its quiet waters. Wildlife viewing opportunities abound in the marsh, where a variety of shore birds, crustaceans, and marine life inhabit its channels. 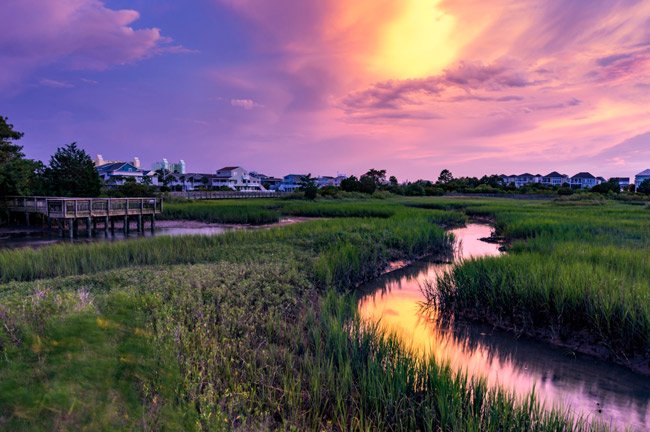 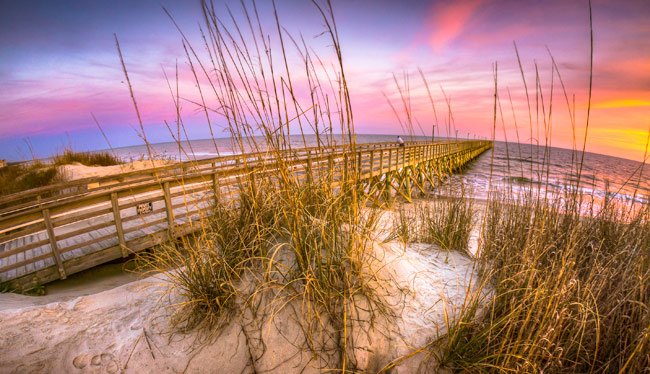 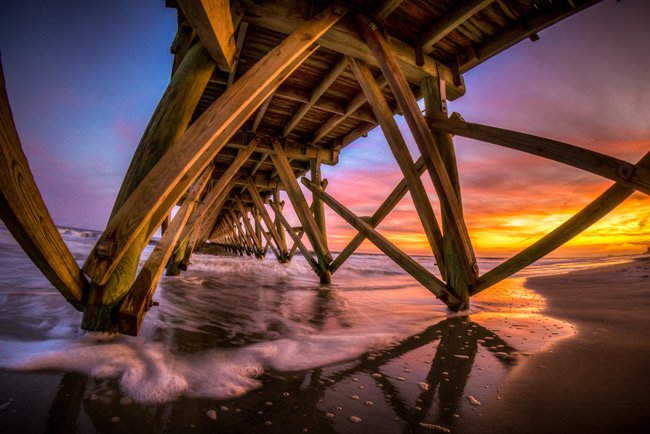 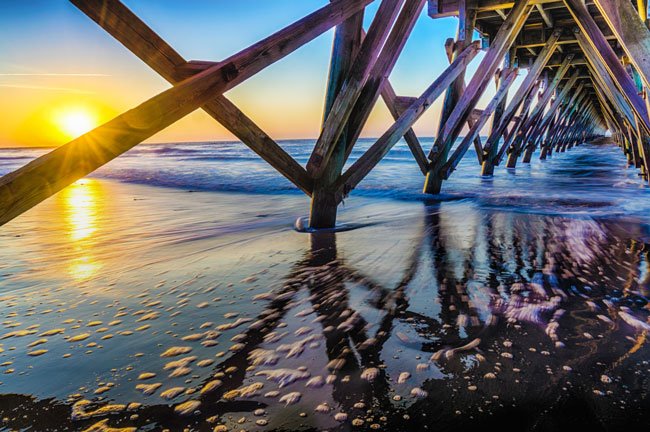 Contributor Patrick Burke shares, “My wife and I have spent a lot of time here in Cherry Grove and absolutely love it!”