The Garden City Pier – located in the community of Garden City Beach – is 668 feet long and stays open from March through December, sometimes 24 hours a day. It regularly hosts live bands during the summer and draws many fishermen. Originally known as the Kingfisher Pier, it was destroyed by Hurricane Hugo in 1989 and rebuilt in 1992, this time called the Pier at Garden City. 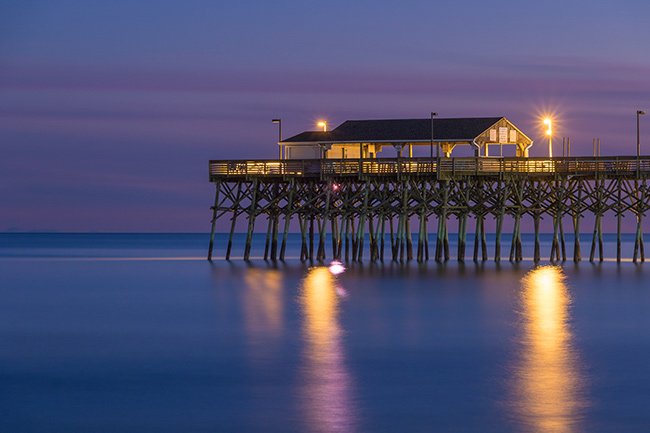 The Pier has earned accolades from visitors, who named it “The Best of the Beach” in a visitors’ poll conducted by a local newspaper, The Sun News. It was also voted “Best Pier” by locals in 2004 and again for five subsequent years from 2006 through 2010. 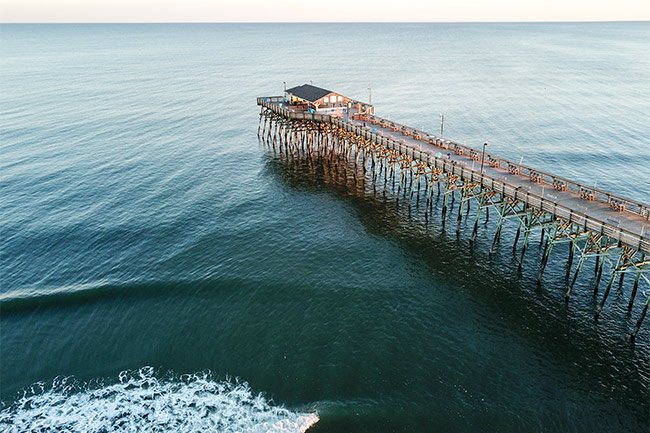 Mark Klim of Summerville, 2018 © Do Not Use Without Written Consent

The pier has a tackle shop as well as an arcade and a small cafe. It is an old-fashioned, laid back place. At the end is a covered shelter where you can have a drink and listen to music on weekends. There is no fee to walk out on the pier, but you do have to buy a ticket to fish. 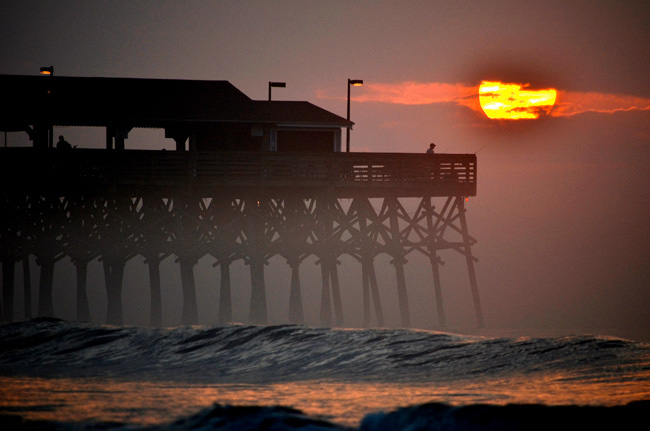 Garden City Beach is an unincorporated place located partially in Horry County and partially in Georgetown County. Since it’s only eight miles south of Myrtle Beach, it’s a popular day trip for many vacationing families. 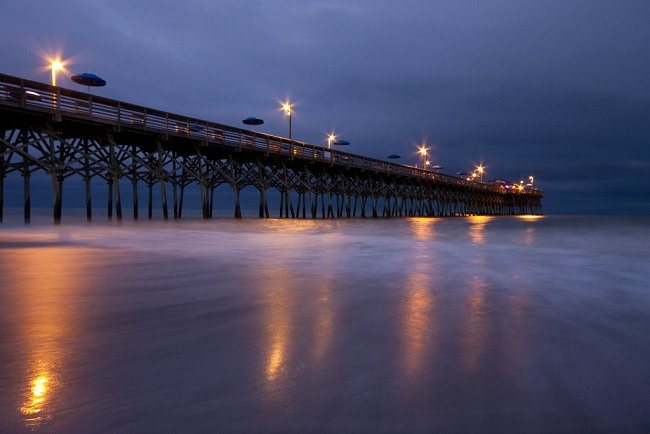 Chris Austin, 2009 © Do Not Use Without Written Consent 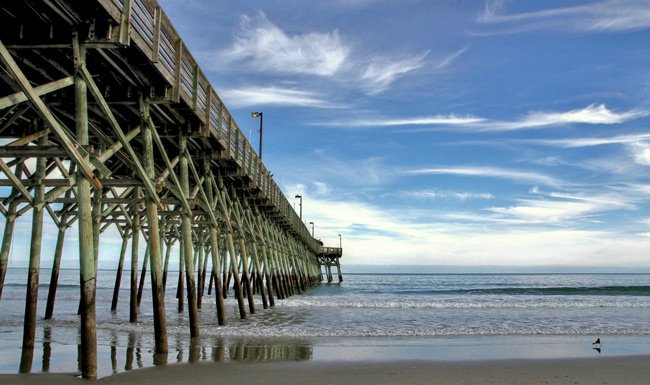 Shannon O’Shea of Harrisburg, 2014 PA © Do Not Use Without Written Consent 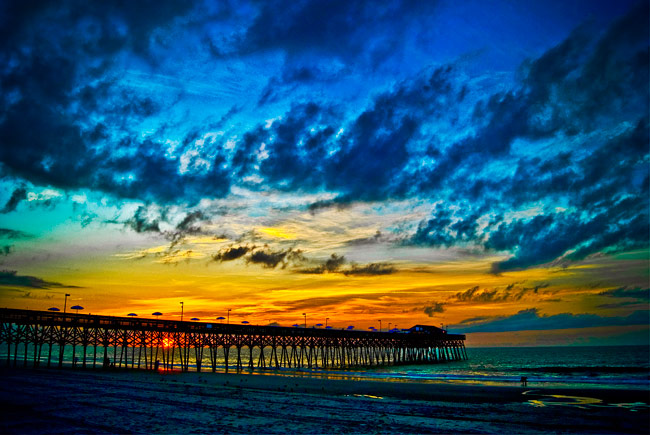 Nicole Roloff © Do Not Use Without Written Consent 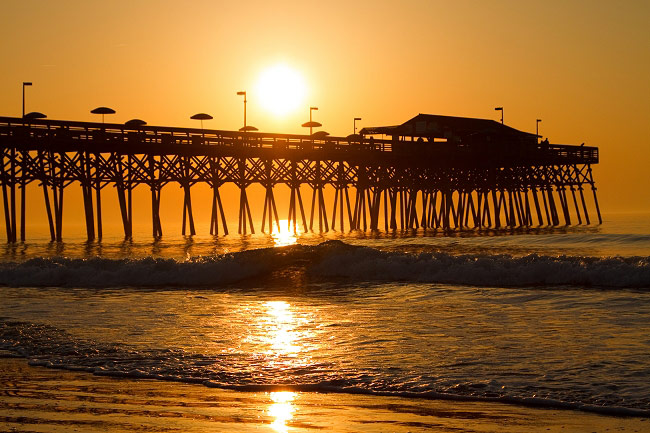 Chris Austin, 2010 © Do Not Use Without Written Consent

Reflections on the Garden City Pier

Photographer Brian Abeling of Iowa, tells us, “We took our family on our first ever vacation to South Carolina. We stayed near the Garden City Pier and walked the beach every morning for a week and never tired of the sunrises like these…” 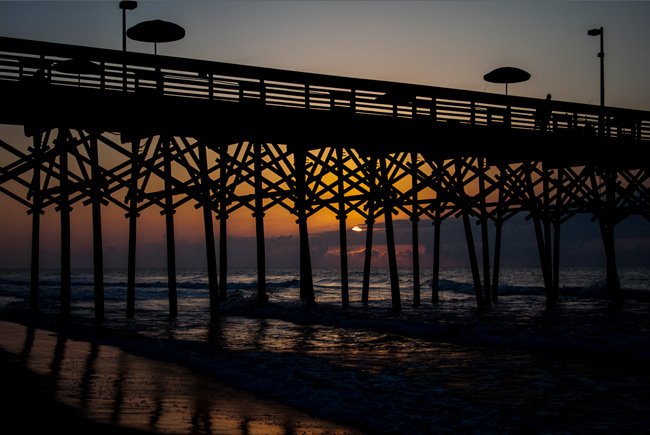 Brian Abeling of West Des Moines, Iowa, 2013 © Do Not Use Without Written Consent

Photographer Jeb Brigman of Conway, took this photo in January 2008. Jeb writes, “It was a wonderful morning on the beach with the cool breeze and the playful gulls. Most of the day was covered with clouds but they broke for just a few seconds and I was able to get this shot. The pier itself is quite impressive. It has been voted best fishing pier in 2004, 2006, and 2007. With a rain shelter at the end and no charge to enjoy the pier it’s always a delight to head out there.” 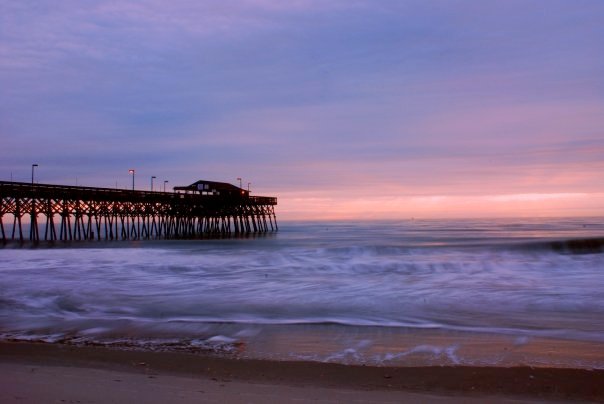 Jeb Brigman of Conway, 2008 © Do Not Use Without Written Consent