This swing bridge in Little River pivots on demand to allow vehicles to cross the Intracoastal Waterway. Built in 1935 and restored in 1980, the bridge connects the cities of Little River and North Myrtle Beach. 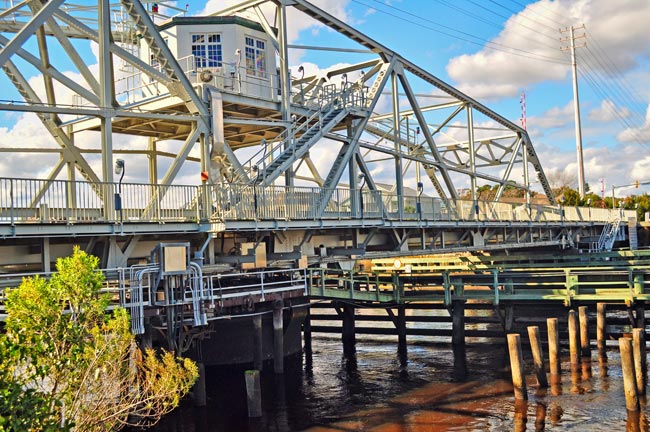 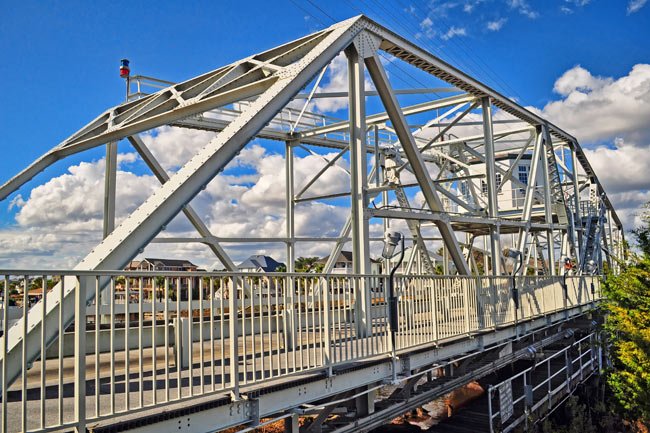 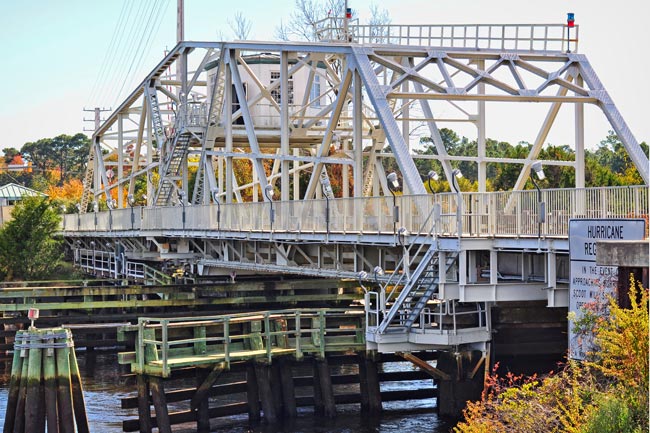 David Smith tells us of his photo: “This beautiful swing bridge has been part of my life’s travels between Little River and North Myrtle Beach since I was in middle school. If you plan to cross it in the summer be prepared to wait, as it allows boats traveling the ICW (Intracoastal Waterway) to pass back and forth.” 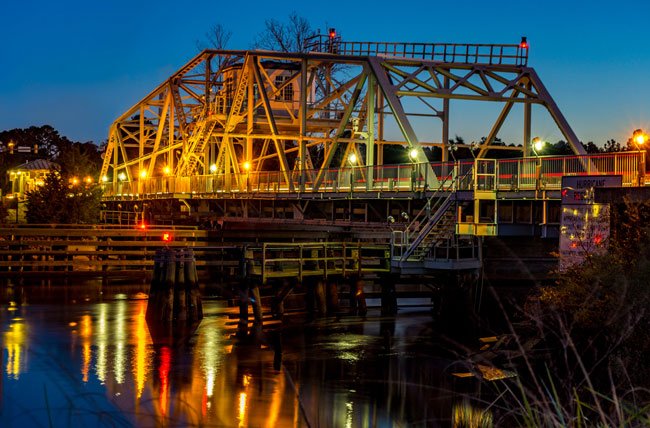 Contributor Shelley Ridout was able to capture her unusual image of the bridge: “This is the Little River swing bridge from the landing, after one of our infrequent snows.” 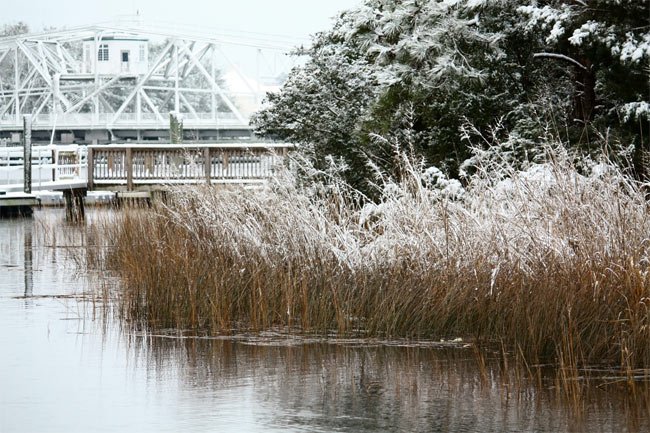 Shelley Ridout of Little River, 2010 © Do Not Use Without Written Consent