The Surfside Pier was severely damaged during Hurricane Matthew on October 8, 2016. Over 50% of the pier was lost, with debris scattered for miles. The pier is expected to be closed until mid-2018. Click here for status updates on the pier.

The Surfside Pier is located on Surfside Beach in Horry County, just south of Myrtle Beach. The pier was originally built in 1953 and has been rebuilt at least three times. 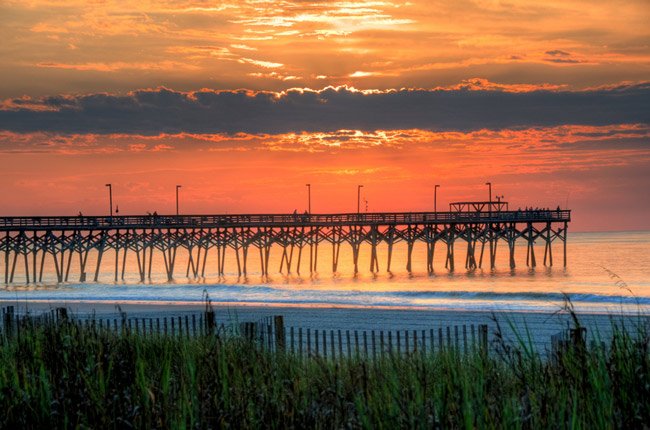 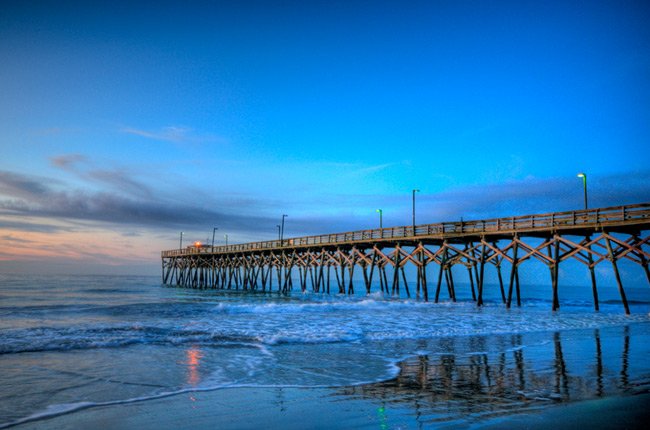 The Town of Surfside Beach has operated the pier since 2008. 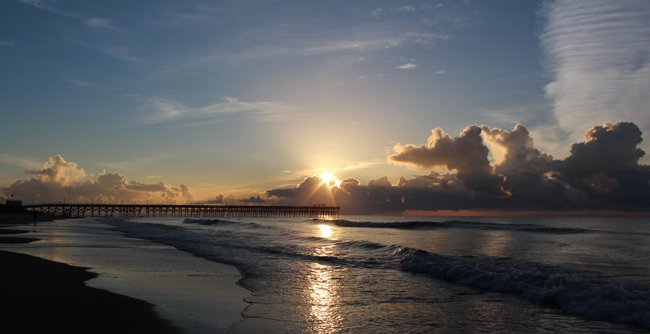 Tommy Dodgens of Easley, 2014 © Do Not Use Without Written Consent 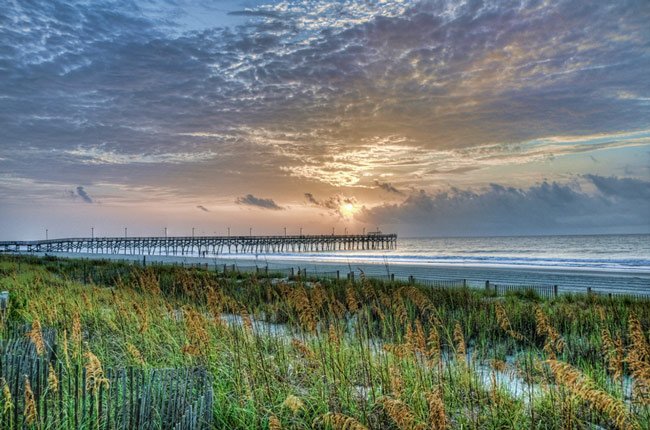 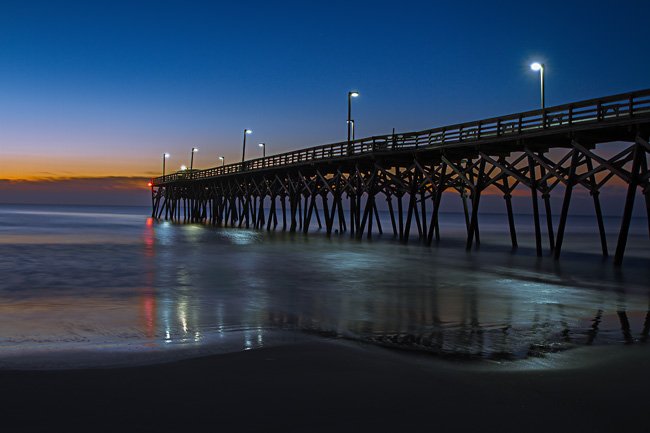 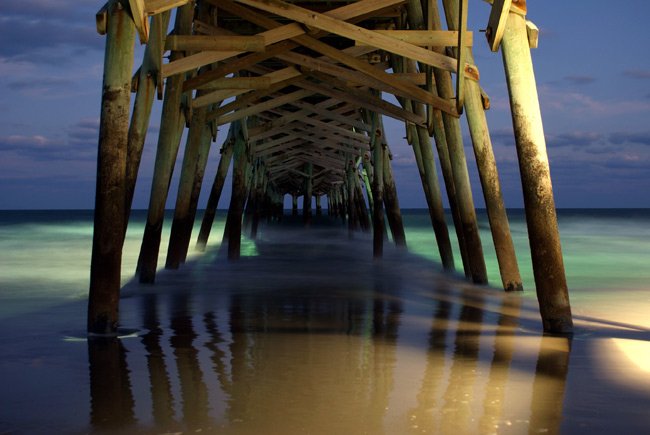 Matt Trudeau of Murrells Inlet, 2010 © Do Not Use Without Written Consent

Reflections on the Surfside Pier

Frequent contributor Andy Hunter shares his experience capturing photos at the Surfside Pier: “During my recent vacation, I stayed in a condo just south of the Surfside Pier. There are always folks fishing, even at sunrise.”

Contributor Marilyn Kuhns shares, “My favorite thing was to stay up all night, go out to the beach for sunrise and take pictures, then go home and sleep.”